Jodipan - a brilliant scheme to turn around a former slum district

Just a few years ago Malang’s Rainbow Village or Jodipan district was an embarrassing eyesore for city authorities and an unsanitary, squalid slum for residents. This old favella-style quarter of crumbling houses built almost one on top of another along the banks of the Brantas River in the heart of the city was considered a lost cause and slated for inevitable demolition and redevelopment by the powers that be.

But, at the last minute, a group of students from Malang University stepped in, with sponsorship from a local paint company and a truly inspired alternative plan, to avoid demolition and the relocation of hundreds of families – most of whom have lived there for generations. In one blow it improved living standards, increased income and created what’s proved to be one of the most popular selfie spots for local tourists in the whole of Java.

Buildings, sanitation and infrastructure received a makeover; the local military was given brushes and rollers and every inch – from bridges and steps to roofs and tv ariels – received a fresh coat of bright paint as well as some eye-catching murals. A minimal entrance fee (less than 50 c) for upkeep and community projects is now charged and residents have been encouraged to set up cafes, coffee shops, street stalls, handicraft shops and even homestays. Locals now, not only have pride in what was formerly a pitiful slum but have also frequently seen welcome increases in income.

No areas were demolished, no new construction added, nobody relocated and the wonderful thing is that families still live there and carry out their daily business so there’s no resulting artificial feel and locals still hang out their washing, clean their motorbikes, and eat their noodles amid the murals, souvenirs and telephone-toting visitors and kids still play on the multi-coloured stairways under the rainbow parasols.

So successful has the project been that it’s now been extended within Malang as well as being adopted by other large Indonesian cities (some of which indeed claim to have had the idea first!) Kampung Wisata or Warna Warni – the brightly coloured ‘Rainbow Village’ lies east of the Brantas Bridge while in 2018 a large area west of the bridge – now known as Kampung Biru Arema or the ‘Blue Village’ – received a coat of powder blue paint in honour of local football team Arema FC. Again the entire district, from top to bottom was painted in the team colours and walls covered with impressive murals.

All in all a highly unusual, picturesque, photogenic and fascinating area as well as being a simply brilliant urban renewal scheme that could and should be a model in plenty of other rundown sections of developing cities.  A labyrinth of quiet lanes and alleys to explore combined with a fantastic, enthusiastic buzz and feel-good atmosphere; we can’t wait to get back!

A visit to Malang’s Rainbow Village is included on our Java Overland tour with the next departures tentatively scheduled for October and November 2020. 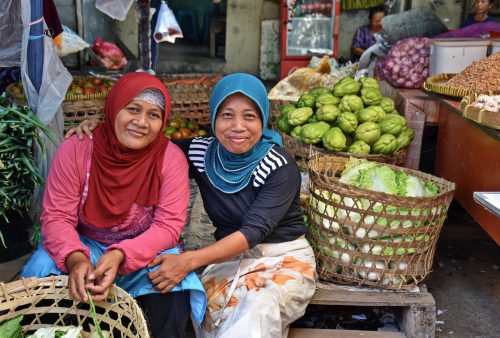 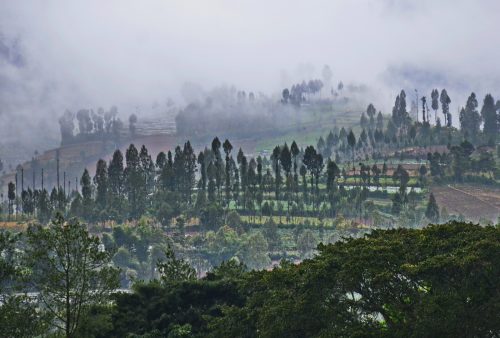