A brief rundown and photos of sites on UNESCO's 2020 World Heritage and Tentative lists for Vietnam plus, as usual, a couple of our personal suggestions.

The Vietnam World Heritage List forms a limited, albeit solid, portfolio consisting of five cultural sites, two natural and, with the Trang An Landscape Complex, one mixed cultural and natural listing.

Although not exactly an abundance the extensive war damage during the 60s and 70s, a high population density (almost 100 million citizens) accompanied by the widespread and rapid development of the last couple of decades must present some serious headaches to UNESCO.  Cities such as Hanoi and Haiphong endured massive US bombing while the reconstruction of Hue after its devastation during the Tet fighting of 1968 was a Herculean task. Although substantial reconstruction work has saved My Son, the early Cham capital of Trà Kiệu was raised to the ground by B52s. Furthermore, much of the architecture and colonial heritage in important towns such as Danang and Saigon which, while spared the brunt of the destruction, has since been lost through rapid redevelopment.

Largely intact Hoi An and painstakingly restored Hue then are obvious candidates and have been listed since 1999 and 93 respectively while the ruined temples of My Son represents the country’s Cham heritage. The latter is still a magnificent site but any visit will inevitably make one wonder what it must have looked like 50 years ago.

As far as Hanoi goes only the Central Sector of the Imperial Citadel of Thang Long makes it onto the list and chaotic and apparent ill-thought redevelopment are probably what compromises any potential listing of the Old Town in its entirety.

The final cultural site, the Citadel of the Ho Dynasty, dating from the 14th-century and located south of Hanoi in Thanh Hoa Province is another of those sites we’d say are of more interest to historians than casual visitors and is certainly trumped by Hue’s far more impressive, albeit reconstructed, citadel.

Natural sites include Halong Bay, which needs no introduction, plus the spectacular karst landscapes and rare flora and fauna of Phong Nha-Ke Bang National Park situated in the Annamite Mountains in central Vietnam’s Quang Binh Province. The mixed listing, Trang An – sometimes known as the ‘Halong of the Paddy-Fields’ – is another stunning region of karst landscapes, ancient remains and mountain shrines.

All good for the above then and skimming through the tentative list for Vietnam World Heritage Sites the most promising candidates, to our minds, are natural sites including well-deserving Cat TIen National Park, an extension to Halong Bay’s listing and the Ba Be Natural Heritage Area. The latter, lying in the mountains north of Hanoi, is an area of outstanding natural beauty, as well as being home to many minority peoples. Ba Be and Na Hang National parks plus Nam Xuan Lac Nature Reserve are already listed by the Vietnamese government and UNESCO recognition would be a great help. Another natural listing is Con Moong Cave in Cuc Phuong National Park. We confess to having being underwhelmed by the Park but the cave itself houses important remains from the stone-age Hoa Binh culture.

Completing the Tentative list are a pair of temple/landscape sites – Yen Tu and Huong Son. We’re not being familiar with either but they certainly look spectacular enou9h in the photos.

The above additions would seem to create a reasonably comprehensive set of listings and not too many other candidates spring immediately to mind. While we may have missed this in the UNESCO small print, an extension of Halong to cover Bai Tu Long Bay (rather than proposed Cat Ba) would seem to be in order while we reckon the most critical omission overall is the archaeological site of Oc Eo. Located in the far south of the Mekong Delta the site is thought to have been founded in the 2nd century and was the principal port of the little-known early Funan civilisation. Oc Eo was an important and flourishing trading point on the route between China and the Indian sub-continent between the 2nd and 6th-centuries and even Greek and Roman artefacts have been unearthed there. While the brick temple foundations aren’t impressive as such the ancient city, outlying sites and extensive period canal system are of vital historical importance to World as well as Vietnam’s heritage.

A last, perhaps slightly outside of the box suggestion, would be the battlefield site of Dien Bien Phu. It is the location itself that’s of importance and remains are admittedly scanty but those that are there could be preserved and managed as it is undeniably a site of great historical significance.

Our aptly-named World Heritage Sites of Vietnam tour manages to cover almost every site and takes you from Hanoi to Hoi An via Halong, Hue, Trang An, My Son and Phong Nha-Ke Bang National Park. Skipping just the Ho Citadel that’s seven out of eight on the list. Our Hanoi to Saigon follows an identical itinerary for northern and central Vietnam before continuing with a tour of Saigon and the Mekong Delta. 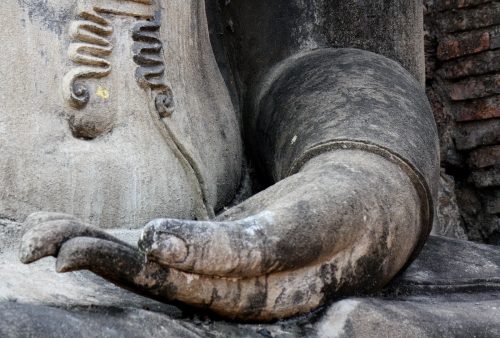 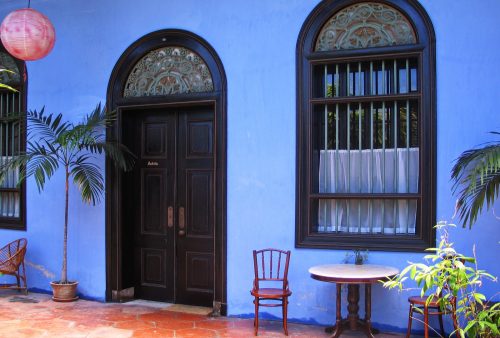