Although certain purists may turn their noses up, some of the Flower Hmong gear to be seen on show these days at local markets such as Vietnam’s Bac Ha Sunday Market is quite remarkable. (The colourful Flower Hmong of Bac Ha are a subgroup of the Hmong ethnic group – in Vietnam often spelt H’Mong – who inhabit the area of far northern Vietnam east of the Red River.) We’re calling it fusion gear since, while it still involves the traditional, brightly coloured tops, more and more of the teenage girls are combining these with (pleated) miniskirts and seriously high heels.

Without wanting to appear patronising these girls will more than likely live in bamboo and mud houses in mountain villages and their usual activities would include harvesting corn or taking care of the family buffalo. However, the 21st-century has reached even these remote valleys and you can guarantee that the girls will be listening to Justin Bieber (alas) and K-Pop on their smartphones while they feed the pot-bellied pigs and that when they head into one of the regional towns for market day they want to make sure they’re looking good. Living in sometimes rather remote villages such weekly markets are also important social events and the gear isn’t to impress camera-toting tourists but rather the boys from another village.

They’ll be as familiar with Lady Gaga or Taylor Swift as any Western teenagers yet instead of completely forgoing traditional wear and aping their Vietnamese counterparts in Hanoi, Danang or Saigon they’ve simply adapted and ‘modernised’ what their mums and grandmothers wear. Flower Hmong of Bac Ha, in particular, have great pride in their embroidery and tailoring abilities and there’s often fierce rivalry between different villages and even different families yet there’s no attempt here to appear Western (or urban Vietnamese) and they’re ethnic origins are instantly obvious.

Furthermore, while we’re not sure what some of the dads think, the Hmong market matriarchs – certainly grannies, mums and aunts – don’t seem to bat an eyelid. Although hill-tribe outlooks and traditions vary enormously we’ve often found that, despite appearances and obvious conservatism in certain aspects in others they can be remarkably outgoing and liberal.

Okay, there may be a few elderly rellies left at home who spend their morning tut-tutting and some outfits can appear to Western eyes somewhat on the tacky side but on the whole, this seems to be a remarkable compromise and if it means that the younger Hmong generation retains pride in their traditions and embrace some modern innovation while continuing to sport traditional dress, then so much the better.

Sadly the younger generation in many other Southeast Asian hill-tribe and minority communities have now forgone traditional dress – appearing almost embarrassed by what they may consider their impractical and archaic costumes – and adopt whole-scale modern clothing of their big town, Lao, Thai or Vietnamese contemporaries. Incidentally, another minority who have given their traditional costume a successful modern, make-over and who are still commonly seen wearing it is Thailand’s Lisu hill-tribe group – but that’s for a different post.

(Bac Ha and the Sunday Market feature on several of our Vietnam tours or can be done, in combination with Sapa, as an extension from Hanoi.) 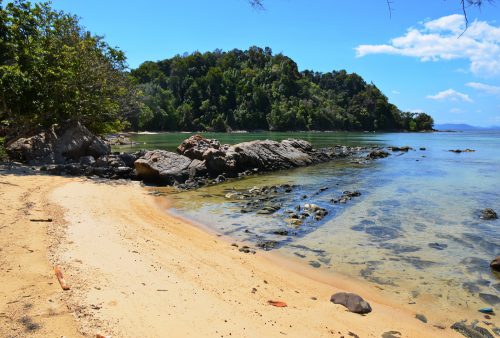 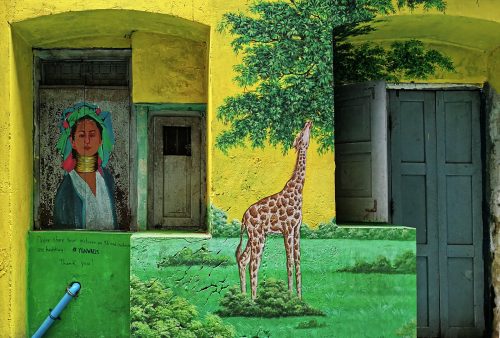