To discover another of our very favourite spots in Vietnam, the riverside town of Chau Doc, we’ll travel to the opposite end of the country from the hill-resort of Sapa and the rugged mountains of the Chinese border to the lush Mekong Delta region in the country’s far south. This small yet bustling riverside town is located right on the Vietnamese, Cambodian border in An Giang Province and whilst lacking the picturesque mountain scenery and exotic hill-tribes of Sapa is the perfect bustling, authentic and still very traditional Delta river port.

Whilst My Tho continues to develop as the Delta’s commercial and industrial centre and the larger more chic Can Tho now offers riverside parks, internet cafes and cocktail bars Chau Doc is still home to floating houses, ferry travel, bicycle rickshaws and a large, (and admittedly pretty smelly), fish market; a fascinating and particularly friendly town that has kept its authentic edge and yet which still sees very few foreign visitors.

Chau Doc’s a cosmopolitan sort of place too, being home to many Cham people as well as a sizable Khmer minority and you’ll see mosques, Christian churches and Cao Dai temples happily cohabiting alongside Buddhist shrines.

Chau Doc’s most famous site though is probably Sam Mountain, a short bicycle ride or a few kilometres to the west of town. Calling the hill a mountain is pushing it a bit but in this predominantly flat landscape, it does tend to tower over the surrounding paddy-fields. Sam Mountain is a significant historical site as this region was the heartland of the Funan civilization back in the 1st to 7th centuries CE. This little known culture, the earliest recognised Southeast Asia state, (or at least proto-state), stretched right across the Mekong Delta region with its main port being the ruined city of Oc Eo, located further south in the same province and the capital thought to have been situated at the nearby Cambodian site of Angkor Borei, (Takeo Province).   That places Chau Doc in the centre of the Funan kingdom and indeed the region is littered with ancient temple sites and Funan period canals. The Funanese canal system aided irrigation, drainage and transportation and some of these canals can be identified from the summit of Sam Mountain.

Sam Mountain today is surrounded and surmounted by an eclectic collection of shrines and temples dating from all periods over the last 2 millennia but the sunset view from the top’s as awesome as ever. Chau Doc is included in our Saigon to Phnom Penh Overland itinerary, albeit a brief overnight visit, (you can’t do everything in a 2-week tour!), but we still have time to take in the sunset at Sam Mountain before an early morning departure by boat up the Mekong to Phnom Penh. (Well worth getting up an hour early though before boarding for a wander around the bustling waterfront market district.)

From Chau Doc, it’s around a 5-hour journey up the Mekong to Phnom Penh – a great way to arrive in the Cambodian capital! Cheers! 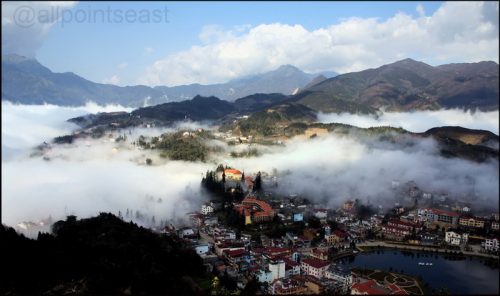 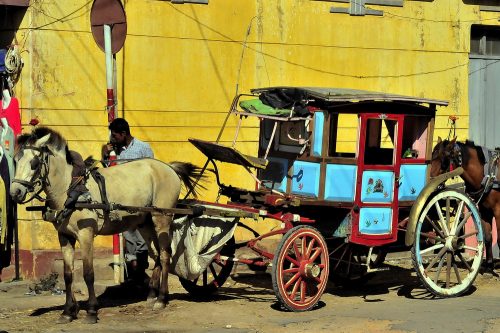