The rainy season in Southeast Asia; fresh, lush and no crowds!

One of the best times of year to visit! We can only guess that the absence of visitors during the rainy season in Southeast Asia is down to their own preconceptions of what a monsoon period in Thailand, Cambodia, Laos etc must be like? Constant torrential rain, unbearable heat and humidity, impassable roads and permanent ankle deep (or worse) water? Well, on the whole, it’s not like that at all!

With regional variations, most of mainland Southeast Asia experiences a rainy season or western monsoon period from around early May through to late September. (The sheltered eastern coast of the Thai/Malay Peninsular being a notable exception whilst east-facing Vietnam is affected by the eastern monsoon off the South China Sea.) For more detailed climate info you can check our background information. During this period, with the exception of August school holiday period, the tourist traffic in much of Southeast Asia is down to a trickle. Hotels publicise low season rates and airlines and tour operators, (including All Points East!), devise discount schemes to entice travellers. Yet marketing needs aside it is genuinely a great time to visit! The image of all day every day rain is completely false; typically tropical rain falls in short sharp bursts so often humidity will build up during the day resulting in an afternoon or evening downpour. Some of these tropical storms can be spectacular but rarely long and often only mean sheltering in the nearest cafe for half an hour or so until the rain stops whereupon the heat and humidity will have dropped and Angkor Wat, Shwedagon Pagoda, or Luang Prabang’s old lanes will have received a refreshing hose down! Furthermore in tropical climates rains can occur at almost any time of year anyway and conversely there may often be periods in the mid-rainy season of several days without showers so don’t let the weather put you off. (Also, as with most of the planet, weather patterns have become far less predictable of late.)

Landscapes will be lush and green, rivers and waterfalls at their most spectacular and the fauna too is more active and plentiful; nature comes alive so to speak! Finally, we reckon a lack of crowds is a distinct and important advantage too. Ok, our more off the beaten track destinations aren’t a problem but popular spots such as Angkor, Lake Inle, Luang Prabang and Hoi An can get very busy during high season. People often ask me how I got the above photo without having the ubiquitous Chinese tour group spoiling the view. Try low season is the answer. 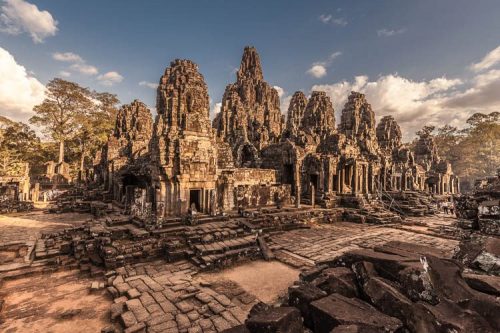 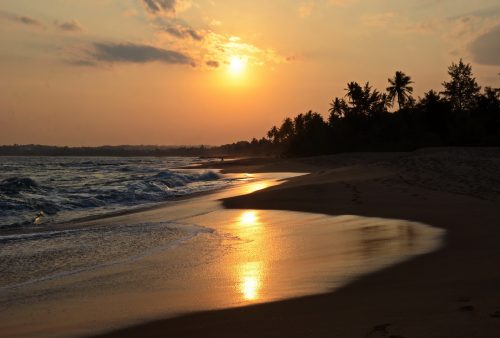 Sri Lanka makes the most of its beaches