Thailand; currently 3 sites on the UNESCO ‘culture’ list, 2 ‘natural’ sites and a further 4 with tentative status. With the kingdom’s spectacular and highly varied landscapes it’s surprising there’s only 2 in the natural list and we’ve a few more suggestions that we’ll come to later but what spectacular sites the two are: Huay Kha Khaeng/Thung Yai and Khao Sok/Dong Phayeyen. The former two wildlife sanctuaries at around 3,000 sq kms each form the core area of the Western Forest Complex – a contiguous grouping of no less than 18 Thai national parks and sanctuaries, (plus Burma’s Tanintharyi Nature Reserve), abutting Thailand western border, totalling some 19,000 sq kms – nearly the size of Wales!

Khao Yai and Dong Phayayan in turn are core areas of Thailand’s Eastern Forest Complex – 4 major national parks and wildlife sanctuaries totalling some 6,000 sq kms on the southern edge of the Khorat Plateau running east to the Cambodian border. Both regions contain well preserved primary forest – Khao Yai and Thung Yai being mostly rugged mountain scenery whilst Huay Kha Khaeng features some of the regions best remaining stands of lowland tropical forest. Both forest complexes also are home to populations of several critically endangered species including elephant, tiger, leopard, banteng, gaur and both Asian bear species. Not only 2 of the most important protected areas in Thailand but indeed in the whole of Southeast Asia and credit to the oft maligned Thai government where credit’s due. Management is not always perfect and some nibbling around the edges by developers, loggers and farmers does occur but intentions appear genuine and largely successful.

Cultural sites include predictably the ancient cities of Ayuthaya and Sukhothai – historically significant collections of 13th to 14th century and 15th to 18th century temples respectively, whilst the 3rd site is the prehistoric site of Ban Chiang in northeastern Udon Thani Province. Considered to be the most important prehistoric site in Southeast Asia and whilst indicating early developments in farming and metals working may create great excitement amongst archeologists it is however of minimal interest to casual visitors since, well apart from an excellent museum, there’s not really much to see.

Kaeng Krachan on the tentative list is surely worthy of an upgrade? Much less visited than the popular Khao Yai and lying further south in Petchaburi Province Kaeng Krachan is another 3,000 sq kms of largely well preserved forest with decent tiger and elephant populations and is particularly reputed for both gibbons and bird-life too. Ditto Surat Thani Province’s Khao Sok National park which has some of south Thailand’s best remaining stands of primary forest and plentiful wildlife plus some spectacular limestone scenery to boot.

Other ‘natural’ candidates could include the amazing Hala Bala National Park on the Malaysian border abutting Perak’s vast Belum Forest, the limestone scenery of Pha Nga Bay and why not the Similans National Marine Park?

Also on Thailand’s tentative list is Wat Mahathat in Nakorn Si Thammarat which we covered in a recent post, the awesome eastern Thai, Angkor period temples of Phimai and Phnom Rung and the Phuphrabat Historical Park again in Udon Thani Province.

The spectacular mountain top temple of Phnom Rung is one of the finest and best preserved Angkor period temples anywhere, Phimai, the northern capital of the Angkor empire is one of the most important sites of that period whilst associated temples such as Muang Tam, Ta Muan, Sikhoraphum and so on are both spectacular sites and archeologically important in their own right.

Difficult to see why Preah Vihear, spectacular as it is, receives UNESCO status whilst this fabulous collection of beautifully preserved sites does not. The importance of receiving expert advice and assistance is underlined by the disastrous ‘renovation’ of Kanchanaburi’s Muang Singh temple site.

As for the final entry on the tentative list we confess to never having visited the somewhat out of the way Phuparabat though similar sounding sacred hills covered with various shrines are a common feature of most Thai provinces. The UNESCO description hasn’t really sold us on what is undoubtedly a fascinating site but surely Phnom Rung would come higher in the sacred mountain stakes and isn’t the ancient site of Lopburi containing Mon, Khmer, Thai and even Portuguese architecture more important?

Finally several more suggestions for the cultural list spring to mind with an obvious choice being the Royal Palace complex and associated sites of Bangkok’s historic Rattanakosin district, plus the old city of Chiang Mai or ancient Chiang Saen? Anyway….. 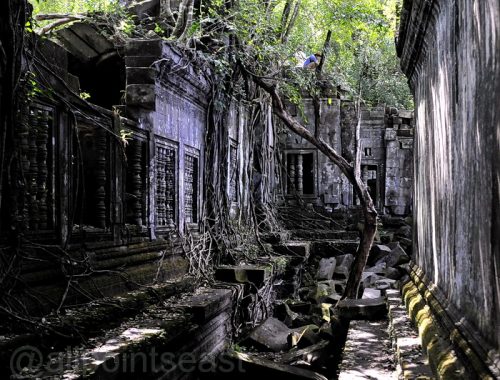 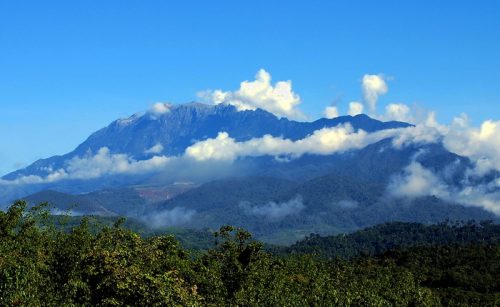