How to eat politely in Southeast Asia – Thailand

Don’t mean to sound snobby but we reckon many people are put off by the sight of other restaurant customers consuming their meals like total pigs! However whilst every culture in the world has their own accepted eating etiquette these differ widely from culture to culture and what passes for polite and uncouth table manners in one country may well be totally unacceptable in another.  This is true even amongst neighbouring ‘Western’ countries and after years of living in France some of our French eating manners would not go down well if invited to Aunt Dorothy’s in Chipping Norton! In turn the habit of cutting everything into small pieces and then eating with just a fork persuades many French that Americans ‘eat like babies’.

Well the same goes for Southeast Asia and not only do our Western table manners often appear downright vulgar to locals but perceived politeness is not the same in Laos as it is Vietnam nor in Thailand as it is in Malaysia. Foreign visitors are frequently the ones eating uncouthly when invited to dine with a Burmese family or staying at a Thai homestay; not intentionally but simply because no-one has explained to them and the locals are too polite to say anything.  So…….here are some  brief run downs beginning with Thailand, though note these are generally accepted rules and there will always be exceptions.

As in many aspects of life Thais are very etiquette conscious and as food and eating form very important parts of their cultural and social life their eating habits can be more complicated and more rigid than in  most other Southeast Asian countries. Tourists would not be expected to understand and what to Thais would be very vulgar table manners are tolerated but if you do want to eat as the locals do then read on and bear in mind that there are good reasons behind some of these customs.

Rice dishes are eaten with a spoon, (right hand), and fork, (left hand) but note it is considered impolite to put the fork in your mouth – an equivalent to putting your knife in your mouth at home – and it’s only used to push food onto the spoon.  (We’ll cover northeast eating habits and sticky rice in a subsequent Lao section.) Fried noodle dishes are generally eaten with chop sticks and noodle soups with chop-sticks in the right hand a soup spoon in the left. So knives would not feature in Thai cutlery unless it was in a Western restaurant and eating rice with chop-sticks would be not be considered polite. In fact we find it downright patronising to assume that all Asians use chop-sticks and you would not be ‘blending in’ but looking ridiculous. Placing knives on a table is traditionally considered asking for trouble in case dinner time conversations get to animated (!), whilst at the end of the day rice and curry is far easier eaten with a spoon than a fork anyway.

At home it would be very unusual for Thais to use tables and chairs and family meals are usually eaten sitting on the floor or a mat.  (In north Thailand low rattan tables known as khantoke tables are often used.) One plate rice or noodle lunches would be eaten individually but in the case of larger meals each diner would be given their own plate of rice and all other dishes would be placed in the centre. These are then eaten communally with guests taking one or two spoons of one dish and serving it onto their own plate. This would then be eaten before trying a second dish. Helping yourself to communal dishes with your own spoon is considered normal and leaning over to get to a dish is considered more polite than grabbing the dish yourself or even requesting it be passed to you. If you are a guest then your host will often place choice pieces on your plate for you or pass you certain dishes.

You would not pile a spoon of each dish onto your plate at the same time nor would you tip half the curry onto your plate. Thai dishes have often complex and differing tastes and eating them one at a time keeps the distinct flavours separate. This is not meat and two veg! Furthermore unlike at home it would be considered bad form to finish off a certain dish. You’re not showing appreciation to the cook but rather demonstrating that they didn’t provide enough of that particular dish.

As for a meal make-up there are no courses and all dishes including soups are served together. Nor are desserts standard and at most you may be offered some after dinner fruit but there would never be starter, main course, dessert unless it was an eatery specifically aimed at tourists.

Finally – a frequently seen error and one which after some 20 years in Thailand we find rather unpleasant is that if you are eating say a Thai curry and rice yourself in a restaurant the curry is spooned onto the rice and not the reverse. Yes Thais can be rather precious when it comes to eating but tipping spoons of rice into a coconut curry creating an unappetising bowl of stodge isn’t done in the best of circles either. 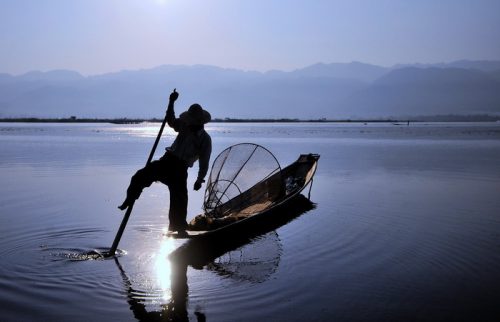 Travel photography in Burma - an introduction 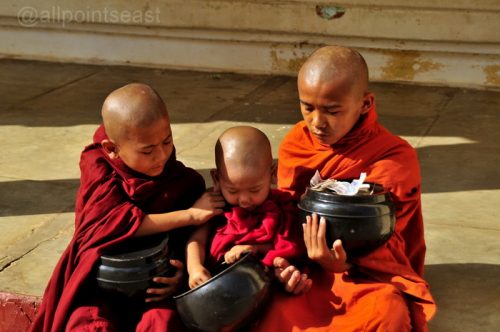 Photographing local people in Burma: to pay or not to pay?