Off the beaten track Thailand

A few photos from a recent, off the beaten track, Chiang Mai to Mukdahan overland trip across northern Thailand to Loei Province then hugging the scenic banks of the Mekong to Nongkhai and Udon Thani from where we headed east to rejoin the River at the Mukdahan border crossing with Laos.

Logistically such trips to remoter parts, not usually frequented by foreign visitors, can be difficult to organise; arranging new transport and accommodation contacts, finding new restaurants, and even getting lost on one or two occasions but it was certainly very rewarding to re-visit some of these destinations we hadn’t been to in a long, long time and also to discover some completely new ones.

Considering neither guide, tour-leader nor driver were familiar with some of these out of the way spots all seemed to go remarkably smoothly and a great fun and easy-going group helped enormously! Our journey began in a more classic manner with visits to Lampang’s famous Elephant Hospital and Thung Kwiang Market before leaving the main highway and heading into the scenic hills of Loei Province.

Loei is certainly one of Thailand’s remoter provinces and indeed the name itself – which translates as ‘further’ – is a local joke since obviously if you’re always going further then you never actually get there. It is however certainly one of the country’s most picturesque provinces and deserves more visitors to its lush forests, scenic hills and quiet villages. After an unusual lunch on a floating raft in the middle of Huay Krating Lake we headed, via the provincial capital with its lively night market, to the old Mekong side town of Chiang Khan famous for its traditional old wooden houses and beautiful riverside setting..

From Chiang Khan the road winds along the banks of the Mekong to Nongkhai Town where our next stop was the unusual Wat Sala Kaeo Ku. Kind of a ‘Buddha Park’, (the architect was also responsible for creating the one across the river in Vientiane), it’s an eclectic collection of Buddhist, Hindu and even Christian imagery; indeed way too eclectic since the architect/monk/creator was expelled from the Buddhist church for being way too non-conformist. Might prove a bit shocking for strict Buddhists but is definitely a great spot to wander for foreign visitors.

After an overnight in lively Udon Thani Town, we headed to what is probably Thailand’s least known and least visited UNESCO World Heritage site  –  Ban Chiang.  It is admittedly of more interest to archaeologists than casual visitors but the museum is well laid out and provides an interesting look into the bronze age culture in northeastern Thailand. Our group also seemed to enjoy the proliferation of handicraft and coffee shops out front of the museum too!

Last sightseeing stop on our odyssey was the famous, though very out of the way, That Phanom. A highly prestigious stupa and temple on the banks of the Mekong overlooking Laos in Nakhon Phanom Province. Again, though the temple was spectacular, it was the local people we found at least as interesting as the site itself.

We left our group at the Friendship Bridge 2, spanning the Mekong between Thailand’s Mukdahan Town and Laos’s Savannakhet, from where they headed off into Laos en route for Vietnam. We returned to Bangkok en route to Phnom Penh where we’d meet them a week later and so ended our Chiang Mai to Mukdahan overland odyssey.  Great trip and hope our fellow travellers enjoyed it as much as we did! 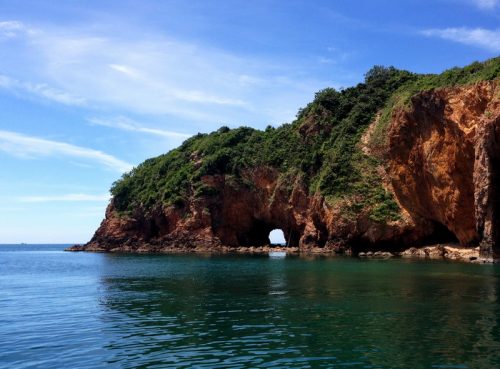 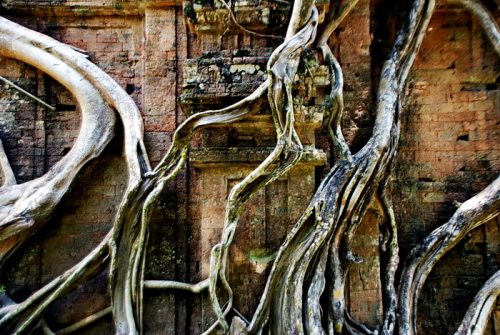