A few pics from our January 'Island of Serendipity' tour

A random selection of Sri Lanka tour photos from our recent, ‘Island of Serendipity’ tour. These are kind of ‘people doing things’ photos rather than postcard style, pretty pics (which we’ll save for a later post) so apologies for the fuzzy quality of some of the hurriedly taken smartphone shots.

Somewhere between visiting the admittedly touristy, but certainly photogenic, stilt fishermen and an afternoon walk along the ramparts of UNESCO World Heritage Galle.

Dave, Les and Liz soaking up the colonial chic in the well-stocked bar at the lakeside Hotel Suisse, Kandy.

A bit fuzzy as it was taken through the bus window but an unusual (well for non-locals at least) image of traffic stopped near Habarana to allow this elephant to cross the road. Inevitably a cue for various ‘why did the elephant cross the road’ jokes…

Our valiant driver and co-pilot; courteous, helpful and safe throughout despite (to put it politely) some very challenging driving conditions. Well done guys – like the shirts!

Great to see a group up for the authentic local food in local cafes. It’s obviously where much of the best food is to be found and helps to spread the ‘tourist dollar’ around too.

Liz, Les and Dara not at all posing in front of a local cafe somewhere between Nuwara Eliya and Udawalawa. Despite the mud walls, corrugated iron roof and a rather large snake in the garden the lunch-time buffet was excellent. A real taste of Sri Lankan home cooking!

Paul gets a guided tour by the captain of a fishing boat in the colourful and fascinating Tangalle fishing port. (Cost him a pack of John Players!)

Alison, Liz and Les seemed to be taking the inaugural Tangalle women’s darts tournament rather seriously! (And many thanks to the excellent Salt Water Cafe for a great dinner and fun evening.)

Mike ran out a narrow winner against Nandana in this fiercely competed carrom (we checked the spelling) game, again in the friendly little Salt Water Cafe, Tangalle.

And yours truly ends up behind bars (which some have rudely said is about time) at the wonderful Taphouse in Galle, a converted Dutch period hospital, now a pub.

An all-round excellent tour, if we do say so ourselves, with a cracking guide (thanks Nandana), varied activities and sights and some great food! All the above Sri Lanka tour photos were taken on a February Island of Serendipity tour and full itinerary and details of all our Sri Lanka tours can be found on our website. 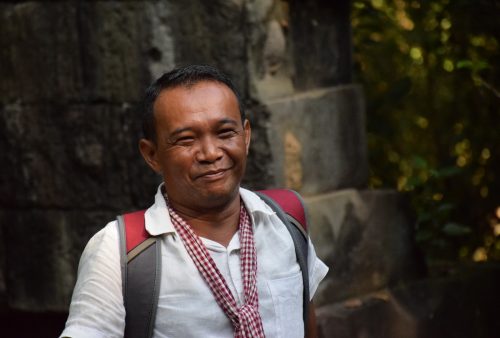 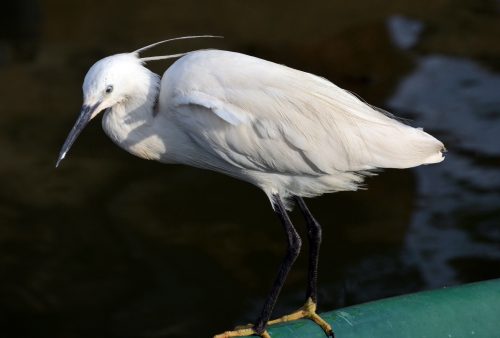