A selection of Wi’s Golden Triangle photographs from her recent tour – the first part of our Northern Laos and the Golden Triangle tour from Chiang Mai to Vientiane via the UNESCO sites of Luang Prabang and the Plain of Jars.

On departing from Chiang Mai and heading north, the group’s first stop was the local hill-tribe market near Mae Krachan. Apparently it’s stag beetle season, (we never knew there was one!?), and the overgrown insects are much sought after for beetle fighting bouts and where, not surprisingly, large sums of money often change hands for the most promising looking contenders.

The northern Thai hill-tribe peoples have become pretty adept at making fruit wines from the more temperate fruits – plums, cherries, strawberries etc – that grow in the higher altitudes since their more traditional, though more illicit, products have been prohibited!

And a couple of views on the way from Chiang Rai to the Burmese border at Mae Sai.

Below is a view of the ‘Burmese Market’ at Mae Sai – still on the Thai side of the border.

It is possible to cross over the border on a temporary pass but for now, it’s not really practical to go much further than the towns of Tachileik and Kengtung on the Burmese side.

From Mae Sai we follow the banks of the Mekong past the town of Sob Ruak where Thailand, Laos and Burma meet, the historic town of Chiang Saen to our destination the small riverside town of Chiang Khong.

And we’ll finish with a couple of pretty sunrises Wi took at Chiang Khong….

…..cheers and thanks to Wi for her excellent selection of Golden Triangle photographs. 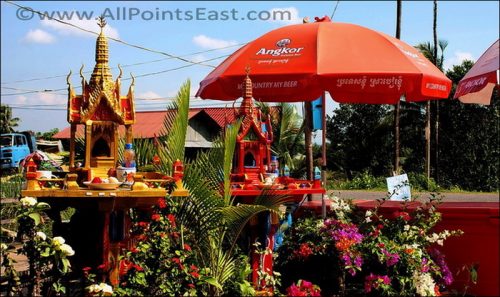 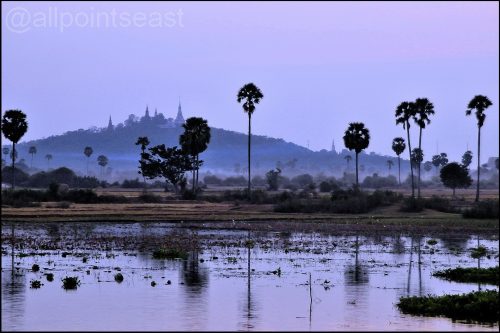