As paradisical tropical islands go, Southeast Asia provides a lot of serious competition but we can think of very few that are so easily accessible and such great value for money as Malaysia’s Perhentian Islands. The twin islets, Besar and Kecil, (large and small Perhentian) are reached by a 30 to 40-minute speedboat ride from the small port of Kuala Besut in West Malaysia’s Terengganu State, in turn, a 30-minute taxi ride from Kota Bahru Airport.

The islands have no airport of their own  – they’re way too small and there’s no flat land – there’s no car ferry since there’s no roads or vehicles and admittedly Khota Bharu isn’t really on the way to anywhere else so perhaps the slightly tucked away location is a reason for the Perhentian Islands remaining outside of the main tourist loop?

Now the islands certainly aren’t deserted – if they were there’d be no accommodation, restaurants or bars – and they can get pretty busy during the high season period of April to September, but development is still very much low-key with smaller scale chalet-style resorts and simple bamboo cafes on the sand. The surrounding waters are remarkably clear for much of the year, the marine flora and fauna still abundant and while perhaps no longer technically pristine you’d be hard pushed to find such well-preserved reefs so close to any other parts of the Southeast Asian mainland.  (Thailand’s Koh Lipe used to be like this before it filled up with wall to wall bungalows, ‘walking streets’ and bucket bars.)

Activities naturally revolve around the reefs and waters so; boat trips to explore the archipelago, snorkelling, scuba-diving, kayaking and beach-combing though the larger island offers some short jungle hikes to explore the well-preserved interior where, with luck, you can see the resident population of langurs and giant monitor lizards as well as discovering some of the abundant bird-life.

Perhentian Kecil is more orientated towards budget travellers with the slightly larger Perhentian Besar possessing more mid-range accommodation options but don’t expect many choices in the high-end resort range. Certainly, prices may seem somewhat steep compared to for instance many Thai or Indonesian Islands but against comparable white sand, turquoise sea options in say the Caribbean or Indian Ocean, they’re a giveaway! Restaurants and cafes – outside of a few smarter hotels – are still mostly simple, bamboo shacks with chairs and tables in the sand but there’s a great choice between Thai, Malay, Indian and Chinese offerings with seafood barbeques are ubiquitous once the sun goes down.

The population is mainly fishing families although quite a few expats work in the dive sector and Chinese and Indian entrepreneurs from other parts of Malaysia as well as some Thais have embarked to set up cafes and bars so while the locals are predominantly Muslim there are no issues finding a cocktail or a cold beer.

If you’re after parties, nightclubs and shopping malls you might want to head to Phuket or Pattaya but for a tranquil and delightful tropical island surrounded by clear waters and vibrant reefs then the Perhentian Islands take a lot of beating. They’re particularly great for families so consequently we feature them as part of our Malaysia family tour Coast to Coast or also as an optional extension to our  Malay Peninsula itinerary though with a less than an hour flight between Kota Bharu and Kuala Lumpur it’s easy enough to fit it onto the end of many of our Southeast Asia tours. 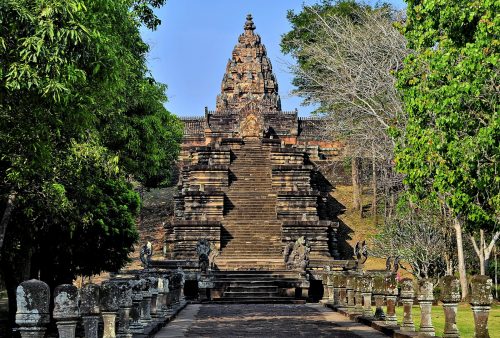