A rundown and photos of sites on UNESCO's 2020 World Heritage and Tentative lists for Malaysia plus, as usual, a couple of our personal suggestions

With just 2 cultural and 2 natural sites inscribed on UNESCO’s Malaysia World Heritage list this section is going to be brief. Now, at first glance on a map, the little blob tagged onto the bottom of the Thai-Malay Peninsula does appear quite small, however, once you’ve added Borneo’s states of Sabah and Sarawak to the little ‘blob’ known officially as West Malaysia, you’ll end up with a substantial area. According to a well-known Google source, it’s the 66th largest country on the planet and, with over 30 million inhabitants, actually the 44th most populous.

The cultural listings are described as The Leggong Valley Archaeological Site and Melaka and George Town, (historic cities of the Straits of Malacca). The former is a particularly rich palaeolithic site with caves along the Perak River revealing habitation from nearly 2 million years ago up to the late Bronze Age.

Moving on to the 2nd site, it seems strange that UNESCO couldn’t separate Melaka (as it’s now called) from George Town (Penang) as they do point out in their blurb that the two cities show distinctly different aspects of the region’s heritage: the Dutch and Portuguese period in the former and British colonial era in the latter.

The Borneo island states of Sabah and Sarawak have a natural entry each with Kinabalu Park and Gunung Mulu National Park respectively. Mulu houses some of the most spectacular karst scenery in Southeast Asia as well as some of the largest caves, accompanied by rich biodiversity. Kinabalu Park, includes, of course, the mountain of the same name – said to be the highest between the Himalayas and New Guinea and covers every range of habitat from tropical rainforest to alpine and cloud forest.

4 natural and 1 cultural candidate – all added between 2014 and 2019 – feature on UNESCO”s equally brief Malaysia World Heritage tentative list. Included are two solid candidates in Taman Negara (National Park) and Belum State Forest. The former is West Malaysia’s best-known and most popular national park and probably needs all the management assistance and funding it can get while we’d say the case for Belum – current[y lacking even national park status yet housing the Peninsula’s best remaining primary forest and most abundant fauna – is particularly urgent.

Also among natural site suggestions is a quartz ridge known as the Gombak Selangor Ridge and something called the FRIM Selangor Forest Park. As the latter are actually botanical gardens we’re not sure whether they would fit into the cultural, natural or mixed category but with both these cases, we’d say, don’t let them detract from the urgency of the first two.

The final, cultural entry – which is another we don’t know – is the Sungai Buloh Leprosarium, also in Selangor State. Constructed in the 1930s it was the largest leprosarium in the British Empire. We’ve never been so won’t comment apart from saying we’d be slightly sceptical about there not being any more important cultural sites to preserve in the entire country.

Moving on then – and in our amateur opinion – a couple more cultural sites worthy of adding to the Malaysia World Heritage list spring to mind. With a wealth of history and well-preserved period buildings, Sarawak’s state capital of Kuching would seem every bit as deserving as West Malaysia’s Melaka or George Town. And while on the subject of the latter we’d suggest adding historic Penang Hill to George Town’s entry and giving it individual World Heritage status – even at the expense of downgrading Melaka. (We’ve always reckoned Melaka city council (or whoever is responsible) deserves criticism rather than commendation for their, to put it politely, dubious conservation and development efforts.)

Again, in West Malaysia, Ipoh’s varied stock of historic architecture, as well as its surrounding cave temples, could make a slightly out of the box candidate while the colonial period buildings of Kuala Lumpur’s Merdeka Square could benefit from recognition.

As is often the case in these parts massive and rapid redevelopment of towns and urban areas is taking its toll and we’d say UNESCO needs to get onto what’s still remaining PDQ, Perhaps even more urgent – looking at the nation’s very poor recent record – are its natural sites and again we feel UNESCO needs to act immediately to encourage protection of what is left before the entire country becomes a giant oil palm plantation. In addition to Belum and Taman Negara, how about Bako National Park, The Danum Valley, Kinabatangan, Endau Rompin or Kenong Rimba just to name a few? Sure, there’s no lack of stone-age cave sites and the ancient temples of the Bujang Valley certainly deserve a mention but we’d say please prioritise what’s left of the country’s exceptional flora and fauna.

At present, for geographical reasons, we’ve separated Borneo and West Malaysia in tour terms. Mulu and Kinabalu national parks both feature on our Borneo Adventure – along with the above mentioned Kuching and Kinabatangan – while our shorter Sabah Tour, Land Below the Wind, includes Kinabalu and Kinabatangan. (The Danum Valley is an optional add-on for either.)

We’re currently tweaking our West Malaysia tours – a process somewhat hampered by not being able to go there for the moment – but the intention is to have a short, 8-day trip taking in KL, Melaka and Penang with a 13-day version returning to KL via Ipoh and the Cameron Highlands. The idea being that you’ll be able to combine the 8-day Peninsula trip with our existing Sabah tour making a comprehensive 2-week (15-day) all Malaysia itinerary.  Full details as soon as we can get down there on a recce and photoshoot. 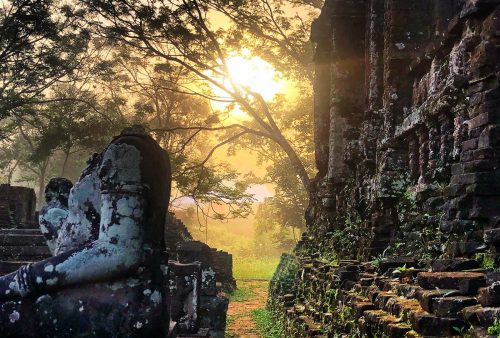 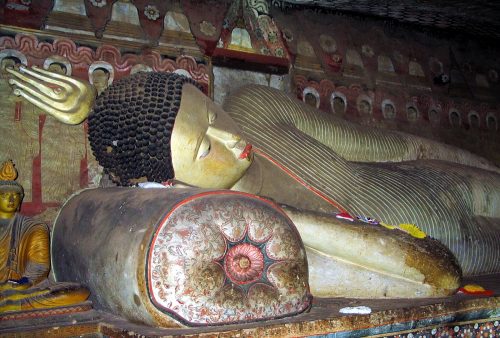