Situated in eastern Sabah State, inland from the Malaysian coastal town of Lahad Datu, the magnificent Danum Valley is one Borneo’s best-preserved stands of primary rain-forest. It comprises of nearly 450 sq kilometres of lush, lowland tropical forest – sadly increasingly rare with the predominance of oil palms in the local economy.

Danum is particularly rich in flora and fauna with mammal species including for example; the Sumatran rhino, Borneo pygmy elephants, numerous primates, notably orang-utans and the spectacular ‘maroon langurs’, Malaysian sun bears, the unique Borneo ‘bearded pigs’ and many more weird and wonderful creatures. (The maroon langurs being a particularly unusual sight as certain light can turn them from brick-red to a crimson colour. A tree full of red monkeys is a really odd thing to behold!)

Now there are fortunately still plenty of great rainforest stands still to be found in isolated reaches of South East Asia but what makes Danum stand out is that it also has an awesome place to stay in the Borneo Rainforest Lodge! After travelling for a couple of hours along an old logging track, through more remote jungle, you suddenly emerge into a clearing surrounded by limestone crags with a beautifully appointed jungle lodge.

Sit down and relax on your balcony with a G & T and watch the hornbills fly past!

There are plenty of walking trails around the lodge – easy, moderate or ‘full-on’; a superb canopy walkway plus guides organize night hikes or night truck rides spotting wildlife along forest trails. You’ll also see bearded pigs roaming the gardens and returning to our chalet one evening we had to wade through a large herd of Sambar deer to reach the door!

Our All Points East, ‘Land Below the Wind‘ tour includes a 3 day, 2 night stay at Danum with nature hikes, night hikes, early morning birdwatching on the canopy walkway and of course kicking back on the balcony with said G & T! 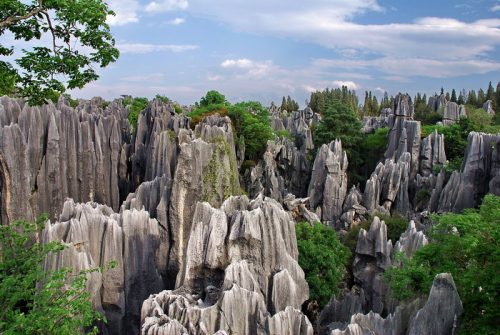 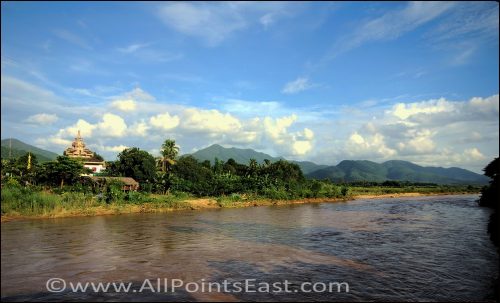