Well, mostly a Laos recommended reading list since we can’t find many movies set in Laos, half-decent or otherwise, and haven’t come across too many good documentaries either. There are numerous books on Lao history, the majority of which fall into either the 19th-century French explorers’ accounts or the Vietnam/Indochina war period categories. Studies of early history in Southeast Asia mentioned in our Thai, Cambodian or Burmese bibliographies also touch, albeit briefly on Laos. Even within the same collection guide books can vary considerably depending upon the researcher/author and in our opinion Lonely Planet Laos is not one of their best but as usual, it is handy for the generic, intro sections on history, culture, food and so-on.

Same goes for on-line guides too but we do like Travelfish’s Lao coverage and much of it has been recently updated. As per usual, please add a huge pinch of salt if you feel inclined to consult Tripadvisor and bear in mind there is little or no verification of reviews and that they may be written by either the establishment owner’s best mate or worst enemy!

Another excellent White Lotus offering is the tale of a French expedition in 1866-68 to explore the upper reaches of the Mekong River. Several more books in the same collection deal with French exploration of Indochina. 150 years ago much of this area was a blank on the map – ‘Unexplored’!

More recent history with this account of events in the Lao theatre during the war in Indochina with emphasis on the pilots; Hmong, Lao and US, who flew recce and bombing missions against the Pathet Lao and North Vietnamese.

The story of the CIA’s clandestine war in Laos; -“This is a book about…..the cruel sacrifice of small countries for the convenience of large ones. Nothing better has been written about the CIA in the years when it thought a handful of Americans in sunglasses could do anything with planeloads of arms and money to burn”. Excellent stuff and an essential inclusion on any Laos recommended reading list. More on the US air war in Lao with this study of the CIA run Air America but also looking at the operation’s funding and the connection with the opium trade. “….a handful of Americans in sunglasses” & Hawaiian shirts on remote Lao mountain tops. Astonishing stuff and well documented as usual by Robbins.

The book’s subtitle – CIA Complicity in the Global Drug Trade, says it all really. A brilliant book which originally concentrated on opium in Laos and the Golden Triangle region whilst re-editions were broadened to include Nicaragua, Afghanistan etc.

Half history book and half travelogue this engrossing account relates the author’s travels in Laos in search of the lost royal family – the 60-year-old ancient Lao dynasty. Brilliantly written and an enthralling read! (See also ‘Stalking the Elephant Kings’ by the same author.)

One of our favourite travel writers Dervla Murray turns her attention to Laos with this excellent travel book including insights and comments on the history, current situation and fears and hopes for the country’s future. Great stuff!

And now for something completely different; Natacha’s, (we won’t do the full name again), anecdotal account of a food tourist travelling through Laos. The people she met, places she visited, dishes she sampled including some recipes and sketches. fascinating and you could even try out some of the recipes at home – well if Tescos started stocking ant’s eggs! Could put this in the Cambodia and Vietnam sections too; a history of the River over 2,000 years from the renowned Southeast Asian scholar Osborne. A fascinating book – great travel writing and history!

You may not be surprised to hear there aren’t very many novels set in Laos but we are saved by Colin Cotterill who has actually penned an entire series of thrillers in the country no less. And good fun they are too as you follow the intriguing cases of a fictional Lao coroner; – kind of a 70’s Lao ‘Silent Witness’.

Probably the best of the rest and there really isn’t a lot to choose from. Slightly odd that cult American novelist Robbins – of Even Cowgirls Get the Blues and Another Roadside Attraction fame – set this 2003 tale in Laos but he did, though this somewhat confused story of MIAs, a mythical Japanese badger and the opium trade is certainly not one of his best and only makes our Laos recommended reading list due to lack of competition!.

The eccentric German director turns his attention to Lao with this part documentary, part recreation of the true story of a US pilot, Dieter Dengler, held in a Lao POW camp during the Vietnam war. Herzog takes him back to Lao to relive the tale but also later made a feature film of the same story, Rescue Dawn, starring Christian Bale. As with much of Herzog, odd but compelling though doesn’t really tell you a lot about Laos.

A feature film drawing substantially from one of our above reference book selections this 1990 movie stars Mel Gibson and a young Robert Downey Jr as pilots for the CIA airline Air America. Nowhere near as bad as you may imagine the film features US pilots posing around in shades and Hawaiian shirts again but does actually touch on anti-war themes as well as the opium trade and CIA involvement and a less than complimentary portrayal of famous Hmong commander Vang Pao. Worth a look. 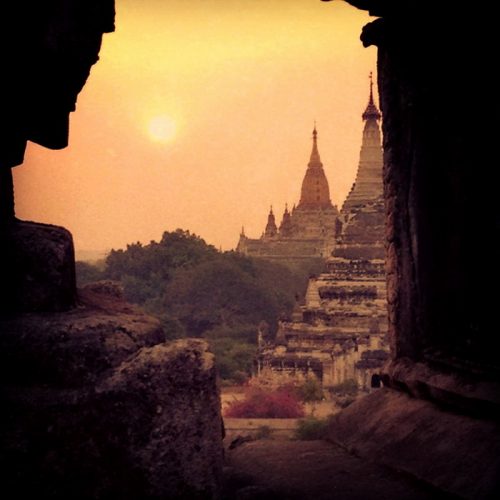 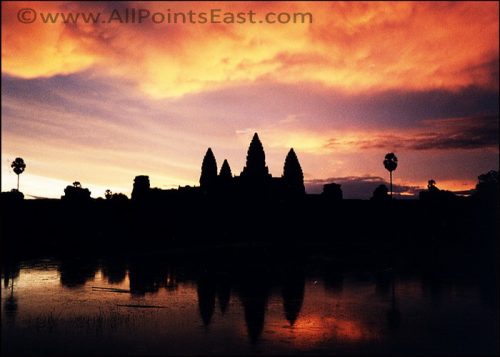 Sunrise at Angkor Wat - worth getting up for?