March, being the dry season, might not be the ideal time of year for Lao waterfalls but come May and June when the rains start they’ll be filling out, flowing fast and back to their lushest best so here’s a small selection of waterfall photos taken at sites included on our Mekong Adventure, Lao tour itinerary, beginning with the famous Kuang Si falls just outside of Luang Prabang.

Plenty of other small yet picturesque falls can be found in the limestone hills around World Heritage Luang Prabang whilst heading south the rugged landscapes of Champassak Province’s Boloven Plateau form the country’s waterfall hotspot with numerous larger falls including Laos’s highest, (we think?), Tad Fane, at some 120 m.

Whilst the twin columns of Tad Fane Falls plummet into a rather ominous looking dark chasm the nearby Tad Yeuan has an excellent swimming pool at the foot of it – welcome during the hot season though perhaps best to avoid when the water is too high.

The sheer sides of the Boloven Plateau create ideal conditions for the formation of dramatic falls and you could spend days exploring them all though another favourite in this area on our South Lao tours is scenic Pha Suam, below.

South of the Boloven Plateau and very close to the border with Cambodia lies another of Laos’s most picturesque regions, the 4,000 Islands where the entire width of the Mekong River tumbles over a series of falls creating what is undoubtedly one of, if not the world’s largest, though certainly least known, waterfalls. The maximum height is only 50m but in terms of water volume twice as much flows over Khone Phapheng as Niagara!

You can’t ever see the entire width of the falls since they’re split by several of the Mekong’s islands but the above section, known as Pha Papheng, or Phapaeng is the most important whilst the Lipi Falls seen below, lying between Don Khone and the backpacker favourite of Don Daet is another popular site; smaller but still dramatic enough!

Anyway, you could spend weeks discovering every one of the myriad Lao waterfalls and we could spend hours posting photos of them so that’s enough for now folks! Cheers and note all our Lao tour itineraries can be found at this link. 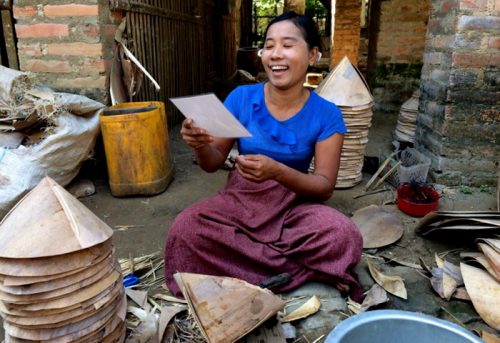 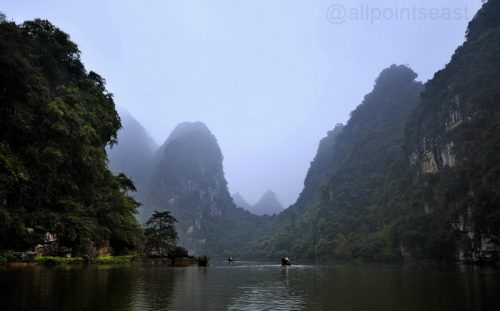 Ninh Binh - Halong in the paddy-fields