Longest, tallest, widest, biggest….superlatives can be deceptive and statistics vary enormously but the little known Khone Phapaeng Falls in Champassak Province of Southern Laos is certainly right up there on the lists! Just downstream of the picturesque ‘Four Thousand Islands‘ region – along the Lao/Cambodian border – the entirety of the Mekong River goes over a 65 foot escarpment so it’s definitely going to be dramatic!

At over 10kms in width, (during dry season), it’s a good bet for the world’s widest falls though again exact figures need to be taken with a large pinch of salt. (The world waterfall database puts it at twice the width of its nearest contender.) It’s also what’s termed a ‘segmented waterfall’ meaning it’s broken into sections – in this case by several of the Four Thousand Islands themselves – so the entire width is never going to be visible except from very high up in the air. (The photo above is of the largest single section.) Again wading through some stats, the ‘waterfall database’ has the volume at some 11,600 cms, (cubic metres per second), the 5th largest in the world, though we reckon that’s an average rate and Wikipedia (here) has a maximum volume of over 49,000 cms recorded during the rainy season rate, making it the world’s largest.

If the rainy season stats are impressive the falls are surprisingly slightly less spectacular to behold during that period since many of the rocks are actually covered in water and the monsoon period silt makes the Mekong brown but it’s still a dramatic sight! (Read somewhere that a cup of rainy season Mekong water contains more ‘silt’ than a cup of Greek coffee – that’s a lot!)

Also notable that, just downstream from the mighty falls, in the deep and placid waters between Cambodia and Laos, can be found one of the River’s only two remaining pods of Irrawaddy dolphins – but that’s another story. Photos were taken on the either our Emerald Triangle or Mekong Adventure tours. 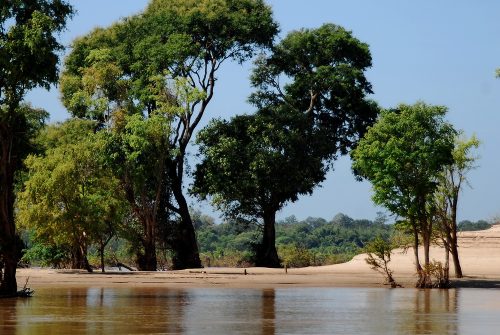 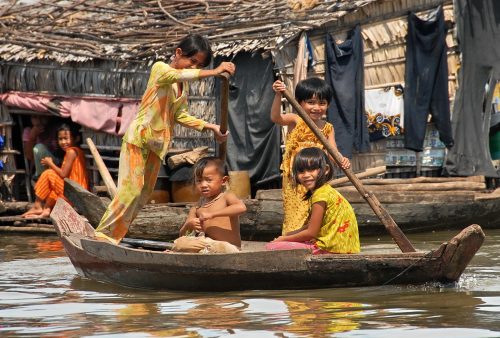