A selection of Hanoi to Saigon tour photos taken on this year’s Lausanne Alpine Club’s, (Club Alpin Suisse, Lausanne). Their Southeast Asia tour took the form of a Vietnam odyssey from Hanoi to Saigon including side trips to UNESCO World Heritage Halong Bay plus the spectacular Sapa hill station in the far north.

The group completed a 2-day trek down the valley below Sapa’s Mt. Fansipan, including an overnight stay in a Tsay village, which with its lush green slopes and cool mountain air is about as close to Switzerland as they’d get in those parts of the world!

From Sapa it was a return to Lao Cai on the Chinese border to catch the night sleeper train to Hanoi, (the hustle and bustle at Hanoi central station at 5.00 am is always remarkable), before a road transfer to Halong for a boat cruise. Weather was perfect at Halong – which isn’t always the case – so here’s a selection of the great images of the picturesque World Heritage Site.

After Halong Bay, the tour headed south for Hue and Hoi An so here’s a selection of Hoi An shots  – again a great selection of shots and another highly picturesque UNESCO World Heritage Site and we’ll perhaps then save the Southern Vietnam section for a later post.

We think that’s, from left to right, Claire, Kathy and Gesa sampling the Saigon Beer – (see our recent post on Southeast Asian beers).

Jean-Daniel also hails from the Lausanne region but is a member of All Points East rather than an alpine club!

Thanks to all concerned for the Hanoi to Saigon tour photos and hope we got all the names right!? 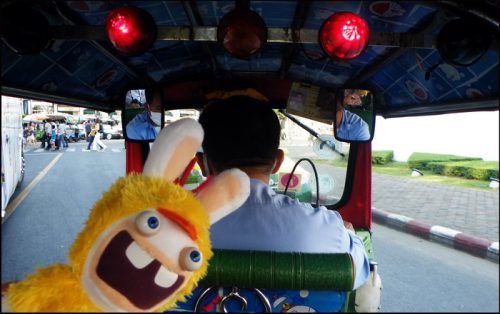 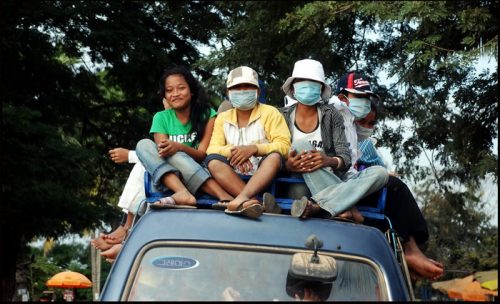