Plenty of great markets to wander around in Vietnam and indeed the wet market across the river from Can Tho is also a favourite but we do particularly like the Can Tho floating market (or Cai Rang to give it the correct name) because it is one of the increasingly rare, genuine ‘floating’ ones. The famous Damnoen Saduak market near Bangkok – featured on innumerable postcards and TAT ads, (Tourism Authority of Thailand), has owed it’s continued existence to tourists for a long time now and many of the newer touted Bangkok region floating markets don’t even float but are merely canal-side. The Mekong Delta is the place to go in this part of the world to be able to find the real McCoy and we’re not sure how much longer some of those will last for.

Up until fairly recently you had to get around the Delta by boat – had to go shopping or sell your products by boat – but now new bridges and roads are increasingly providing villages and inhabitants with vehicle access and Vietnam’s picturesque Mekong Delta is being thrust into the 21st century.

At present, we rate the Can Tho option as the best, and largest, we’ve visited in that area, compared to say Vinh Long or Cai Be markets, but would be interesting to check out what Soc Trang to the east has to offer. Can Tho is also the most visited market by Westerners, but as we mentioned earlier it’s a market that exists despite the tourists, not because of the tourists and numbers are still relatively low compared to the number of shoppers and vendors anyway.

Our advice, and our tour itinerary, is an early morning visit – when the market is at its busiest and other visitors few and far between – then head back to your hotel for a late breakfast. Also, fun to grab a coffee from one of the floating coffee boats in the meantime.

Getting your morning coffee from the locals is much better than your hotel coffee shop as well and the local style coffee/rocket fuel certainly wakes you up!

Confess we’ve never actually been big fans of dragon fruit but it does look attractive in a fruit salad, (or photo), even if it doesn’t taste of much!

Very photogenic market and well worth getting up early to catch the morning light as well, so here’s a couple more to bring it up to 10 pix and that’s a wrap! Next up, Xe Quit Vietcong Jungle base.

Fruit and veg are attached to poles sticking out from the boats so customers can see what each boat is selling.

Can Tho and the Mekong Delta feature in (of course) our Mekong Delta tour as well as Hanoi to Saigon and Vietnam and Cambodia Overland while it’s also a favourite stop on our Images of Indochina, photographic tour. 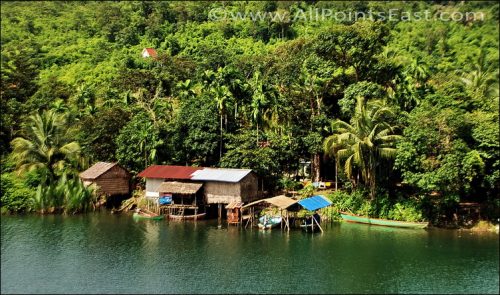 Travelling to Koh Kong in a bubble