The ‘Road’ to Battambang, Cambodia

Across the Tonle Sap, up the Sangkar River and across country from Siem Reap to Battambang

The Road to Battambang. Well, strictly speaking by boat across the Tonle Sap and up the Sangkar River followed by a drive across country to Battambang. We usually do the whole journey from Siem Reap to Battambang by boat but water levels being low at this time of year meant that whilst we left Siem Reap by boat we actually arrived in Cambodia’s 2nd city by pick-up truck. Got off to a bit of a mixed start when the boat broke down only 30 minutes out of the port, as the pump got clogged up by silt, but the silver lining to that cloud was that we’d broken down in Chong Kneas floating village so had an unplanned and extra visit to this fascinating spot.

Sure a bit touristy, but fun early morning and kept us amused for an hour whilst our boat was being repaired. Rest of the boat journey proceeded uneventfully with our regular stop at the Prek Toal water hyacinth project and a photo opp at Wat Choeu Khamao.

However, the Sangkar River forks at Bak Preah Village and the river narrows and shallows abruptly meaning basically we were running out of water! That wasn’t unforeseen though, so we rendezvoused a bit further up-river with our pick-up truck drivers for the last leg into Battambang across country.

What followed was a sometimes hilarious, sometimes hair-raising 2 hr drive through fields, some truly appalling dirt tracks and country lanes to reach Battambang City. Locals actually lined the track to wave and shout like we were on the last leg of the Paris – Dakar, (and indeed the drivers would probably have held their own too).

A long, dusty journey which by the end reminded me strongly of ‘Ice cold in Alex’ but no-one else had seen that classic movie, but great scenery all the way and a lot of fun. (Oh and we spotted 2 troops of the endangered Indochinese Silver Langurs on the riverbank! 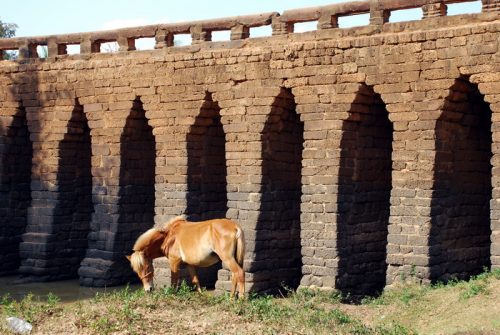 The Road to Siem Reap 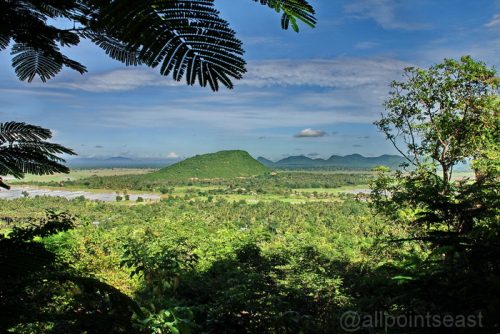