The lost temple of King Suryavarman I

King Suryavarman I acceded to the throne of Angkor in 1006 after a 4-year struggle with rival claimant Jayaviravarman. Later inscriptions do backdate his reign to 1002 – presumably to delete any traces of his pesky antagonist – but Jayaviravarman, ensconced in the imperial capital, Yasodharapura, and a close relative (possibly a brother) of the previous monarch  Udayadityavarman I and nephew of Jayavarman V, certainly had the more legitimate credentials with Suryavarman adopting the role of usurper from a power-base in today’s Battambang Province.

The early days of his estimated 40-year reign would inevitably have involved considerable clearing up and sorting out after the war of succession including completing his own palace complex and royal temple of Phimeanakas within the capital’s walls and not least purging the imperial aristocracy and sorting out some of the more reticent provinces.

One of his early initiatives along these lines was a regal cocking of the leg (no disrespect intended but it’s a good simile) or marking out of his new territory, by commissioning the construction of 4 temples at the cardinal points of his new empire.

The ‘western’ temple, initially thought to have been Wat Baset, is now considered by historians to be the nearby Battambang site known today as Wat Ek Phnom. Inscriptions indicate the temple was actually consecrated during the 1002-1006 inter-regnum implying that Suryavarman probably used the Battambang region as a power-base to launch attacks on Jayaviravarman at Angkor.  The additional 3 cardinal temples were completed and consecrated simultaneously in 1018.

Today Wat Ek is an attractive little temple in reasonable condition, located a few kilometres outside of modern Battambang City. (It’s impressive, almost pyramid-style layout on a high sandstone base, reveals perhaps the king’s early aspirations of grandeur?) There are a few scattered brick remains in the complex indicating the existence of an earlier site but the entirety of the temple you see today dates to this period.

For his northern temple, the king opted to upgrade the existing Preah Vihear Temple with its spectacular location on the edge of the Dandrek Escarpment overlooking a vast swathe of Northern Cambodia. Preah Vihear had already been a sacred site for centuries and numerous kings from Jayavarman II onwards had added to the site, though much of the magnificent temple you can see today does date from this reign. Interestingly Preah Vihear still marks the contemporary border between Cambodia and Thailand though what Suryavarman was doing back in the 11th-century was to merely demarcate his core territory – the Khmer heartland – and it’s certain that the Angkor empire extended considerable distances beyond these territorial markers if one takes into account satellite territories, client states, disputed territories, unconsolidated provinces, remoter colonies etc. (Indeed Suryavarman himself is believed to have originated from Ligor, (Thailand’s modern-day Nakorn Sri Thammarat), in the far south of Angkor’s sphere of influence.)

In the south, the king chose Phnom Chisor – another spectacular mountain top site – to install his personal linga. Chisor, located in present-day Takeo Province not far from the Bassak River in the old Funan heartland, was certainly the site of an existing temple. Suryavarman’s slightly hotch-potch make-over in brick, laterite and sandstone squeezed onto a rather small flattened hilltop can seem a bit scrappy today but it commands truly impressive views across the paddy-fields of Southern Cambodia,  (on a clear day you can see Vietnam!), is in relatively good condition and still has some pretty decent carved lintels.

So far so good but the problem occurs with his eastern temple. That’s to say, no-one’s ever located it! The central sections of Preah Vihear, Phnom Chisor and Wat Ek are all of a roughly similar design and the latter 2 at least a similar size, so we could expect the eastern temple to follow suit. The former 2 temples aren’t far off the same north-south axis and following Wat Ek to the eastern limits of 11th-century Cambodia we’d arrive somewhere around modern-day Kratie or Kompong Cham. Now a temple of that size and undoubted importance would be hard to miss and nigh on impossible to remove all traces of. We’ll dismiss the image of a temple lost in dense jungle awaiting an intrepid explorer with funny hat and machete to arrive – 21st-century Cambodia is just not that unexplored, so where is it?

There are 2 obvious possibilities: 1. it’s an already known Suryavarman temple whose significance in this respect hasn’t been realised yet or, 2. it can’t be seen because something was built over the top of it. 11th-century inscriptions do narrow it down a bit. The temple was named Ishanatirtha and Tirtha in Sanskrit means something along the lines of, ‘place of pilgrimage by a river’. A river on the eastern limits of 11th-century Cambodia can only really refer to the Mekong. However, very few Angkor-period sites are to be found on the eastern side of the Mekong River except for some early sites in the southern section below Kompong Cham where the river takes an abrupt turn to the west. (e.g. Banteay Prei Nokor and Ba Phnom, both of which are much earlier than the period we’re talking about).

Let’s look at what other Suryavarman temple sites are around. Outside of the 3 previously mentioned sites and Wat Baset and excluding his constructions in the Angkor area itself there are not really too many sites. Preah Khan of Kompong Svay was clearly an important site for Suryavarman but that would certainly have been much more central to his territory rather than peripheral. Kuhananokor – a small, laterite temple near Baray district of Kompong Thom Province is thought to date from this period but it’s an unimpressive site and was probably the work of a local ruler than the king himself plus it’s not very far east and not by a river anyway! A Suryavarman site near the Mekong only leaves one likely suspect and that’s Wat Phu itself! Located near the Mekong, (in present-day Champassak, Southern Laos), Wat Phu was one of the most sacred Khmer sites, an important pilgrimage site and whilst numerous kings from the Chenla period onwards had added elements to the site, as with Preah Vihear, much of the most significant building you can see today does date from Suryavarman’s reign.

The 2 ‘palaces’ at the base of the hill and the main shrine that was added on to the older brick shrine on the upper level are both classic Suryavarman I style, as are the shrine’s lintels and indeed the main sanctuary is an almost identical design to those at Wat Ek or Preah Vihear. Finally, texts explain that ceremonies were often carried out at Wat Phu and it’s ‘sister temple’ of Preah Vihear at the same time so consecrating a new linga at both sites simultaneously would also fit.

Wat Phu then ticks most of the boxes and given the lack of possible alternatives it may not be necessary to look elsewhere for Suryavarman’s lost eastern temple. Drawbacks: it is actually further north than his north temple of Preah Vihear but then it is also just about as east as you can get. (The Wat Umo or Huay Thamo, site not far from Wat Phu but on the eastern bank of the Mekong, was also a pilgrimage site but is usually credited to the earlier Yasovarman). There’s no record of Wat Phu ever having been named Ishanatirtha though as a description it does perfectly fit the site. Temples and cities frequently changed names anyway according to whims of an incoming king and whilst Wat Phu may have been called Lingaparvartha by earlier monarchs there’s no reason why Suryavarman I may not have called it something else for the duration of his rule. (The name Shrestapura was used over a long period to describe the city on the banks of the Mekong but the nearby temple complex of Wat Phu itself would probably have had a different name of its own anyway.) As to having a later construction built over the top of it there’s only 1 real possibility large enough which is Kompong Cham’s Wat Nokor. As well as upgrading existing temples King’s did frequently demolish older temples and use the materials to build a new one on the same site – e.g. Bayon, Bakheng, possibly Chisor, Kuhananokor etc – and Jayavarman VII’s temple at Wat Nokor was apparently a case in point. However, demolishing a major temple by the prestigious King Suryavarman I would have been a different matter from knocking down a half-ruined Chenla period brick tower and Jayavarman VII does generally appeared to have preferred to start most of his constructions more or less from scratch. Anyway, whilst it is close to a river and nicely fits the eastern cardinal point there is no tradition of it being a pilgrimage site and doesn’t correspond to that king’s penchant for hills!

So we’re plumping firmly for Wat Phu as Suryavarman’s lost Temple of the East,

Note that Battambang’s Wat Ek can be added as an option to any of our tours passing through Battambang and Kuhananokor is already a stop on our Cambodia Overland trip. Phnom Chisor is a popular visit on the way down to Kep on the Beyond Angkor tour, whilst the spectacular World Heritage Sites of Wat Phu and Preah Vihear are both included in our Emerald Triangle and Mekong Adventure. tours. 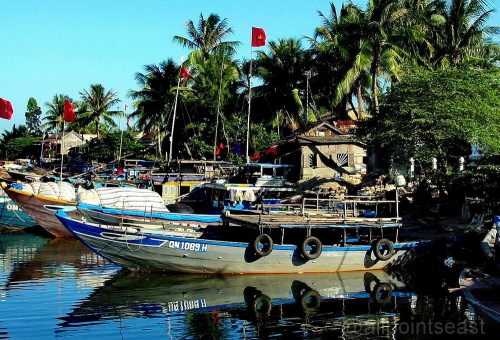