Some lesser-known Angkor-period sites - including 2 UNESCO World Heritage-listed temples you may not even have heard of!

As you’ll discover on our Beyond Angkor tour there are myriad, spectacular, lesser-known Angkor temples (as well as pre-Angkor) lying the length and breadth of Cambodia just waiting to be explored. Of course, iconic Angkor Wat, Bayon’s mysterious carved faces and the roots and creepers of atmospheric, jungle-clad Ta Prom are justifiably world-famous but some of these remoter and far less-visited archaeological sites are equally as exciting to explore and certainly far less crowded.

These include 2 UNESCO-listed sites – which very few people have even heard of – as well as several more that, in our opinion, ought to be shoe-ins for World Heritage status.

We’ll start chronologically with delightful Sambor Prei Kuk where dozens of brick towers strewn through an extensive forest represent the remains of the earliest Khmer capital, the late 6th to early 8th-century city of Ishanapura. The centre of the pre-Ankgkor, Chenla civilization, Sambor Prei Kuk received UNESCO status as recently as 2017 yet remains little-known to foreign visitors. On a recent February visit, we had the entire World Heritage site to ourselves, apart from 1 French couple,- and that’s during high season!

The site lies in a vast forest setting; some towers now little more than piles of bricks, others showing well-preserved carvings while certain are cloaked in the picturesque fig vines. The charming site is explored by way of footpaths meandering between the giant trees and lush foliage.

A second UNESCO-listed site – marginally better-known by virtue of Cambodia and Thailand having come to blows over it a few years ago – is the dramatic, cliff-top temple of Preah Vihear. Located right on a disputed section of the border between Thailand and Cambodia the temple culminates spectacularly on the edge of a 500-metre escarpment.

This is another huge site consisting of a series of elaborate causeways and entrance levels rising up gently from the north, (Thailand) in steps to the central shrine, almost flush with the sheer cliff face. The site was declared a World Heritage site in 2007 provoking an argument between Cambodia and Thailand which even degenerated into armed conflict. Despite some creative map work by the former French rulers when they were delineating the border the UN ruled on Cambodian ownership even though their purpose-built access route runs through more disputed, and purportedly Thai territory.

Although bickering (and fighting) have long since ceased and access is now relatively simple we again saw only 2 other foreign visitors during our visit last month.

Returning from Preah Vihear in the far north to Siem Reap we stopped at yet another vast site – Jayavarman IV’s early 10th-century capital of Lingapura, now known as Koh Ker. The site is of great historical and architectural importance as it represents the change in style from the earlier, relatively simple, brick towers aligned on platforms format to complex and massive sandstone temples. (See also Bakong Temple.) The site is also unique in that, unlike most Angkor-period ones which grew organically over a period of several reigns, the majority of Lingapura city’s numerous temples were constructed within a short, precise timeframe. Quite what UNESCO is waiting for is a mystery to us while, for more casual observers, Koh Ker is a highly picturesque and attractive site with fig-clad temple ruins set amid tall trees and dense forest.

Before going any further we’ll point out there is far more to our Beyond Angkor tour than ruined temples with activities and destinations including; hiking in Kulen National Park, floating villages on the Tonle Sap, the silk-weaving island of Koh Dach, Rabbit Island, a Kampot tour with pepper plantation visit and Phnom Tamao Wildlife Rescue and Rehabilitation Centre among other spots but since this post is about temples we’ll finish with a couple more lesser-known Angkor period sites – this time from the south and Takeo Province.

Conveniently placed around halfway between Phnom Penh and the coast both Phnom Chisor and Ta Prom at Tonle Bati are convenient spots to break up a drive to and from Kep. The former – an early 10th-century site from the reign of Suryavarman I – has a spectacular hill-top position and displays many well-preserved carvings while Ta Prom is a Buddhist site dating to the Jayavarman VII period and also houses some superb carvings and lintels. The pair, combined with one or two other nearby sites, would also, we reckon, be well deserving of Wolrd Heritage status.

That’s all 3 of Cambodia’s UNESCO World Heritage sites in one tour and hopefully, with Koh Ker, Beng Melea and Chisor deserving of being added to the list, a few more to come in the future. 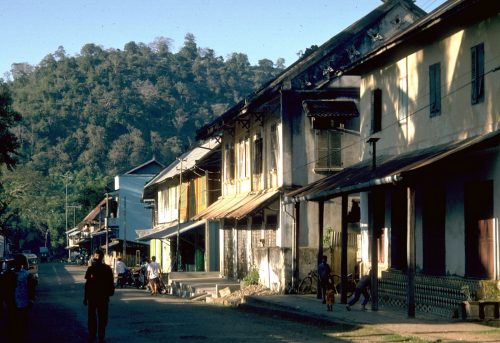 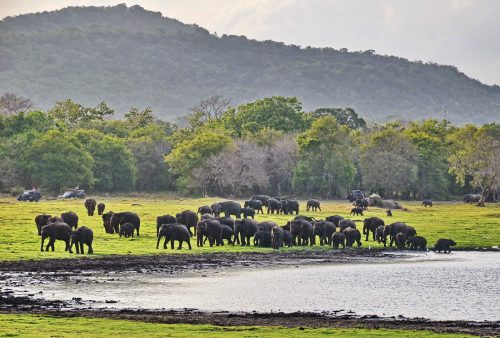