Angkor sites not on the 'Big Circuit', 'Small Circuit' or any other tourist circuit

Whilst the ‘main’ temples of the UNESCO-listed World Heritage Park are now relatively well looked after there are still thousands of smaller, rarely visited Angkor temples that dot the Cambodian countryside from the suburbs of Phnom Penh to the Lao border, north to the Dandrek Escarpment and south to the cave temples of Kampot.

Many of these sites may be little more than piles of rubble – below, for example, are the somewhat underwhelming remains of Prasart Prei on the outskirts of Siem Reap, (certainly not on the ‘Big Circuit’, ‘Small Circuit’ or any other tourist circuit for that matter), but note the large totally unexcavated mound that may hold who knows what treasures?

There is certainly a brick or laterite platform underneath there somewhere, maybe the remains of a guardian lion or Vishnu statue and if the rubble was cleared the 7th or 8th-century brick walls would be a metre or 2 higher too! (Anyone having visited Sambor Prei Kok recently can’t help but be impressed with the previously invisible courtyards, platforms and stairways that have been revealed hidden under 6 foot of earth by current excavations).

Some sites, however, are large, substantial sandstone structures but their remote locations, or perhaps lack of spectacular carvings, means that visitors are few and far between. Even at Angkor some major temples get completely overlooked – the problem is there’s just too many of them – you’d need a month Angkor pass to visit them all! The superbly restored Angkor Wat-period, Banteay Samre receives only a trickle of tourists, stopping off on their way to Banteay Srei, and who visits Wat Athvea?

Wat Athvea’s another well-restored Angkor Wat period temple and it’s located in Siem Reap within walking distance of most hotels but go there and chances are you’d have the place to yourself!

This magnificent 10th-century lintel is located in downtown Siem Reap but even most locals wouldn’t know where!

Getting a bit off the point, so we’ll skip over the dramatic Chau Srei Vibol and atmospheric Banteay Tom, (both also close to Siem Reap), and both of which merit their own posts anyway. The point was not rarely-visited temples within the Angkor area but remoter sites that don’t even get a mention in any guide book or appear on any maps and which lie forgotten and crumbling before our eyes on the edge of some poverty-stricken village or hidden in a mine infested bamboo thicket.

Having said that the example we are going to use is Banteay Srei of Dom Dek which is located right by the main National 6 highway and in a prosperous market village but anyway – no-one visits the temple and it is in a fairly pitiful state.

It’s a late 10th-century sandstone temple with a moat, (still containing some water), enclosure wall, 4 gopuras, ‘library’ and central shrine so a substantial, albeit small, temple with what up until very recently would have been ok carvings. The 2 lintels you can see above are clearly suffering. Ok, they’ve been there for 1,000 years but now face increased threats from acid content in rain, pollution from the nearby highway and looting, (the dancing Shiva on the 2nd lintel has clearly been recently shaved off.) Monks from the nearby temple occasionally cut back vegetation but otherwise, there is no-one taking care of it at all. Branches are hacked off but roots still force their way amongst blocks, local kids scrawl graffiti on the walls and if there were any carvings still worth pinching anyone could just turn up with a hammer and chip bits off.

Ok guess with limited resources it’s a question of looking after the most prestigious sites and letting the others take care of themselves but it’s distressing to read French archaeologist Etienne Aymonier’s turn of the last century work, where he attempts to systematically catalogue every Khmer temple site, and see today how many of them are no more!

How about UNESCO protection for the entirety of Cambodia’s ancient temples and not just the most famous ones?

These rarely visited Angkor temples were taken in on All Points East’s Cambodia Overland tour. 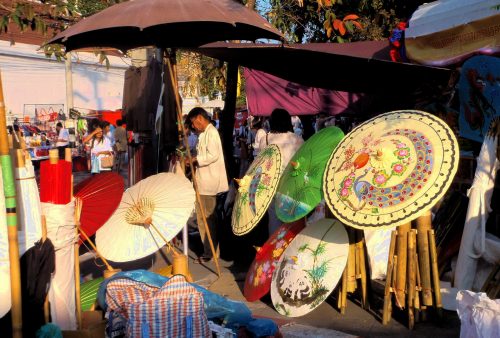 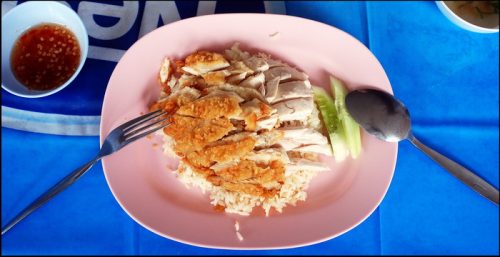