Prasart Enkosei is a small, little-known Angkor period temple situated in the grounds of the modern Buddhist temple of the same name situated on the riverbank, just north of Siem Reap town centre. It’s perhaps not worth going out of your way just to visit this site exclusively but it does make for an excellent destination for a walk or bike ride along the riverbank. Cross over the bridge to the east side of the Siem Reap River on the main highway out of town towards Phnom Penh and then take a left and wind your way along the riverbank past stilt houses. The ancient temple is set in the grounds of Wat Preah Enkosei located on the right of the road – one of the town’s oldest and most attractive wats and which makes an ideal setting for the brick and laterite ruins.

The Angkor-period section of the temple dates to the late 10th-century – the reign of Jayavarman V – and consists of a laterite walled enclosure surrounded by a moat containing an eastern gopura, library and originally 3 central towers. There are now 2 towers remaining though, rather than having collapsed as a result of rampant nature, it’s clear the third was actually dismantled to provide building materials for the construction of the later Buddhist wat.

The base of the latter also utilizes laterite blocks from the old enclosure wall. The moat is now long filled in with rubble and silt and the library and gopura have been stripped of all usable building blocks. However the 2 remaining brick towers are in relatively good condition and some interesting sandstone lintels have survived – in particular the highly unusual version of the churning of the sea of milk below.

Interestingly enough, since Prasart Enkosei is the closest (known), ancient temple to the modern town centre having probably originally been established as the centre of a small satellite town or perhaps ‘suburb’ of Yasodharapura, (Angkor), it can be said to represent the original ancient settlement of Siem Reap Town.

Anyway, lovely peaceful and picturesque setting, good walk to get there and no Angkor pass required. Wat Enkosei was visited during an All Points East, Beyond Cambodia tour. 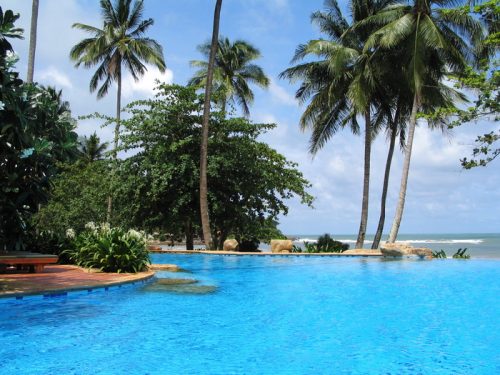 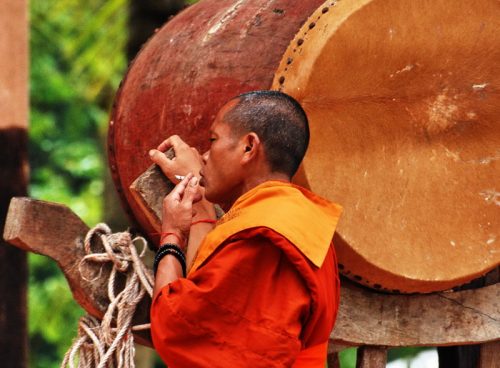