Some images of Koh Ker - the ancient Khmer capital of Lingapura in Preah Vihear Province featured on our off the beaten track Cambodia tour, Beyond Angkor

A selection of photographs of Koh Ker, aka Chok Gargyar or Lingapura, as it was originally named.  The ruined city is a remote site lying in the forest some 3 hours northeast of Siem Reap in Preah Vihear Province.  For a brief period in the first half of the 10th-century, the ‘City of Lingas’ replaced Angkor as the imperial capital under the reigns of Jayavarman IV and his son Hasharvarman II. The site has some 40 temples remaining th0ugh many are still very overgrown with vegetation and the area is still heavily mined so only 20 or so are accessible today.

Our latest visit to this awesome site was in October which proved a great time to visit. Vegetation was lush and green after the rainy season and we didn’t see a single other tourist all day long. So, in no particular order here are a few photos from our trip.

Prasart Bram, ‘Temple of the 5 Towers’ and one of our Koh Ker faves with the photogenic root covered old towers.

Prasart Neang Khmau is a solitary, though well preserved, tower whose name translates as ‘Temple of the Black Maiden’. Note, these are all recent names derived from local legends and traditions and not the original 10th-century titles – some good names though!

The front walls missing from Prasart Chrap’s towers are where lintels above the main doorways were looted and the above structures collapsed. As a relatively remote site, Koh Ker has suffered badly from looting although happily quite a few sculptures originating from here can be found in Phnom Penh and Siem Reap’s national museum. (Indeed the looting had already started with the French during the 19th century.)

Jayavarman IV introduced a change in Angkorian architecture and sculpture to the extent that it’s given rise to what archaeologists now term Koh Ker style. This comprised of a move from largely brick towers to the widespread use of sandstone in temple construction as well as large-sized, massive stone statuary.

The main, royal, temple at Koh Ker containing sandstone, brick and laterite elements is a good example of this cross-over period from the brick towers of the 9th century to the huge stone constructions of later kings.

All the above photographs of Koh Ker were taken on our Beyond Angkor, Cambodia tour. while the site can also be visited as a day trip from Siem Reap, along with the equally spectacular Beng Melea situated at around the halfway point, 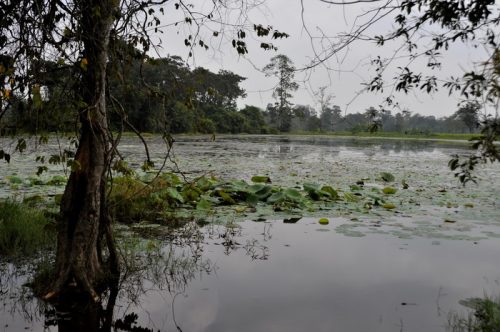 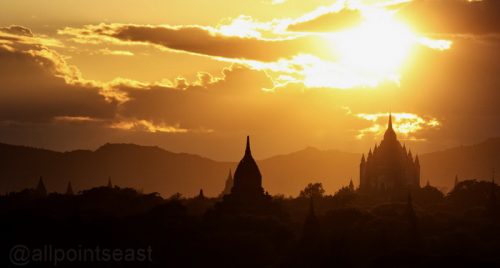