An isolated and very rarely visited ruined Angkor period temple site, Prasart Kok Roka in Cambodia’s Kompong Thom Province is famous, well locally at least, for being the area’s very own leaning tower. According to some locals, the depression in the ground in front of the temple is rumoured to be a bomb crater which supposedly tilted the tower to its current angle though we wouldn’t guarantee the accuracy of that story. (It is a very square looking ‘crater’ so an alternative theory is that it represents an ornamental pool contemporary with the temple itself.)

Having heard about the little known temple site from a fellow Angkorian temple enthusiast, (thanks Allan), we thought it might be worth making a slight detour to visit Kok Roka during a recent overland trip from Phnom Penh to Siem Reap. The 11th-century temple lies in the grounds of a primary school in a picturesque village just a few kilometres off the main highway some 10 kilometres or so east of the provincial capital Kompong Thom Town so is easily accessed from the national #6.

The single sandstone tower might not be the most spectacular of Angkor ruins but the collection of excellently-preserved lintels – some in situ, others on the ground – certainly made the visit worthwhile. The temple is almost a mini-museum in its own right as local inhabitants and farmers have deposited various carvings and stones they’d come across in the area at this site for safe keeping.

Some of these lintels are in surprisingly good condition and interestingly represent a range of architectural styles and periods including the above 8th century, Kompong Preah style example and an even a possible earlier Sambor Prei Kuk era carving. Incredibly these priceless artefacts – many well over a thousand years old – are still just lying around on the ground in and around the tower.

Furthermore, the 11th-century builders of the tower re-used a rather splendid 7th century, Prei Kmeng period lintel above the false south door which we assume was either also recovered from the surrounding area or perhaps was actually part of an earlier temple on the same site. This site is located close to the early capital Sambor Prei Kok and so is very much in the heartland of the pre-Angkor 6th and 7th century Khmer Chenla kingdom.

The eastern lintel is missing though it may well be one of the carvings now standing on the ground whilst the north doorway sports a classic, slightly cartoon-like,  Suryavarman I era carving – presumably the king at the time of temple’s construction.

Also on the ground in front of the temple is a well-preserved inscription stone though since we are unable to ready Sanskrit we’re not sure if this is contemporary to the temple as well. Anyway, as we said it’s never going to rival Bayon but a fascinating spot nonetheless and certainly a very off the beaten track destination and one that very, very few other visitors are ever going to see. For more info and photos of our overland journey from Phnom Penh to Siem Reap check out this link whilst you can find details of the complete itinerary here. 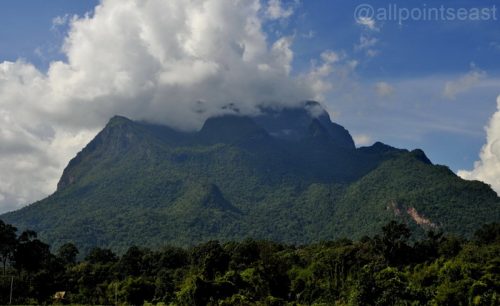 A trek in the hills - North Thailand 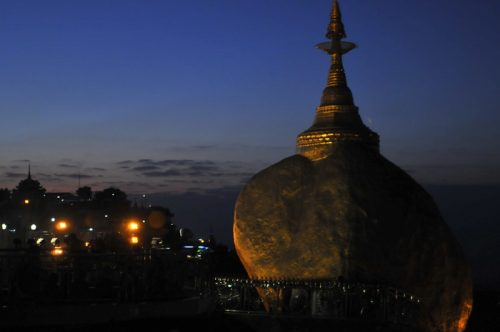