Part of our beginners guide to kings of Angkor series

Jayavarman IV is not usually considered one of Cambodia’s most revered rulers. His biography highlights would include:  trashing Angkor, moving the capital into the back of beyond, doing away with several of his relatives and seriously upsetting the palace clique and aristocratic hierarchy. But, is that a case of early fake news and is his bad press really justified?

Standard historical accounts will say Jayavarman IV declared himself ruler of the Khmer empire sometime around 921 whilst Harshavarman I, son of Yasovarman was still on the throne at Yasodharapura, (Angkor), which had lead to an apparently very messy, 7-year war of succession, the deaths of both of his nephews – Harshavarman I and Ishanavarman II  – and according to inscriptions, the near destruction and abandonment of the 120-year-old capital at Angkor.

He might have caused some strife but perhaps he wasn’t the simple usurper as oft portrayed and as a brother-in-law of Yasovarman I, (he married one of his sisters), and grandson of Ishnavarman, he did have some genuine legitimacy. Presumably originally from Chok Gargyar, (now known as Koh Ker), he may have been a member of the local ruling family, or perhaps Yasovarman had installed him as ruler of what could have been already a significant provincial town in the early 10th -century.

Certainly no temples at Koh Ker definitely predate 921, but on declaring himself ruler in that year he embarked on an extensive and ambitious building programme, indicating that despite not having control over the official capital and treasury he possessed substantial financial clout and manpower resources in his own right. Hard to believe given the desolate location of Koh Ker – in the centre of what is today miles of barren scrubland – and it seems impossible that; A. he could have mustered the resources, and B. was able to establish a rival capital so close to Yasodharapura unhindered, without either the desertion to his side of some powerful military and political figures from Hasharvarman’s faction or the undoubted allegiance of the powerful Mun Valley clique. (Furthermore, climatologists suggest that changes over the last 1,000 years meant that the region was probably more fertile and less barren in the 10th-century than it is now.)

Quite how he was able to muster such support and achieve such success can only be guessed at. He clearly must have been a determined character and did have the aforementioned claim to the throne, (in a matrilineal sort of way), but contemporary political shenanigans remain undocumented. It could perhaps be looked at in the context of the perpetual manoeuvrings between the northern and southern parts of the empire – J IV certainly seems to have had influence beyond the Dandreks – and if the ruling family at Chock Gargyar was related to or aligned with the Mun valley Mahindra dynasty it might go some way to explaining events, but at present this is unproven.

In the space of a mere 20 years, he was responsible for the construction of a new capital city, Lingapura, covering some 35 sq. km, including Prasart Thom, his impressive state temple, plus at least 40 other temples in the area. (Prasats: Bram, Banteay Pir Choan, Chrap, Krachap, Chen etc – some of which are substantial constructions in their own right, not to mention a 6.6 km2 baray, now known as Rahal.) On top of all this, he found time to add to Preah Vihear temple! Interestingly Harshavarman continued to construct his own temples at Yasodharapura – namely Baksei Chamkrong and Prasart Kravan and to indicate his continued control over at least the southern part of the empire, is thought to have been responsible for Takeo Province’s Prasart Neang Khmau. Aesthetically pleasing as the former two are, they are certainly modest when compared to Jayavarman IV’s efforts at Koh Ker during the same period.

The time period alone suggests that Jayavarman IV’s building programme must have been continued by his son Harshavarman II and indeed even Rajendravarman, responsible for reuniting the empire and returning the capital to ‘Angkor’, is thought to have added to at least one of Koh Ker’s temples – Prasart Bram. There are 2 main temple groups at Koh Ker – differentiated by location and alignment which may indicate 2 separate building periods. One group including Prasart Thom situated around the baray and taking the baray’s lie-of-the-land-determined alignment of SSE – NNW, and the southern group built on a strict E-W lie. None of the latter temples give dates prior to 928 so possibly design became more ‘classic’ once Lingapura became the official imperial capital in that year.

The period 921 to 928 appeared to see another North/South split in the Khmer Empire with Yasovarman’s two sons controlling ‘Angkor’ and the southern part of the kingdom and Jayarvarman at Lingapura controlling the Northern region. By 928 the former two were dead with Yasodharapura largely in ruins and the Empire’s resources and court now located in the new capital of Lingapura. Inscriptions praising J IV have been found across a wide area from Aranyaprathet in the West and the Mun valley in the North, all the way to Phnom Bayang in the South East indicating that at least in the latter half of his reign J IV, more or less effectively, controlled a considerable area.

Architecturally, whilst Harshavarman and Ishnavarman persisted with small scale brick temples, J IV seems to have picked up where his brother in law left off and opted for more massive sandstone constructions and correspondingly massive sculptures, which, whilst temporarily passed over by Rajendravarman’s more retro style, became de rigueur for Khmer temples from Jayavarman V onwards. J IV was firmly in the Siva camp and indeed the vast majority of his temples in his aptly named capital Lingapura housed lingams. He died aged somewhere around 60 in late 941 or 942 and was succeeded by his son Harshavarman II.

Perhaps not the sort of guy you’d take home to meet mum but certainly one of the Khmer Empire’s most interesting rulers. Ruthless, single-minded, he succeeded in doing what numerous other ambitious provincial rulers only dreamt of and if his capital quickly reverted to backwater status after the defeat of his less successful son, his architectural heritage was certainly enduring.

His additions to Preah Vihear are difficult to make out amongst the numerous later remodelling efforts but his capital of Koh Ker, now complete with a new access road, is definitely well worth a visit. Prasart Tom and its surrounding complex are truly spectacular as are many of the outlying temples. Note some have been cleared of vegetation (and mines!), some haven’t, so take care. Allow approximately 3 hrs each way and $10 entrance fee. Both Phnom Penh and Siem Reap’s National Museums have some excellent objects from Koh Ker as well.

Both the National Museum and Koh Ker itself are included in All Points East’s ‘Beyond Angkor’ tour. 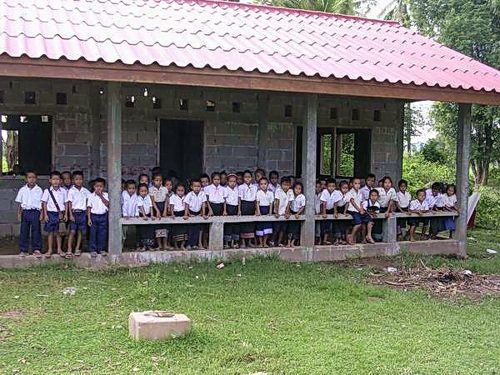 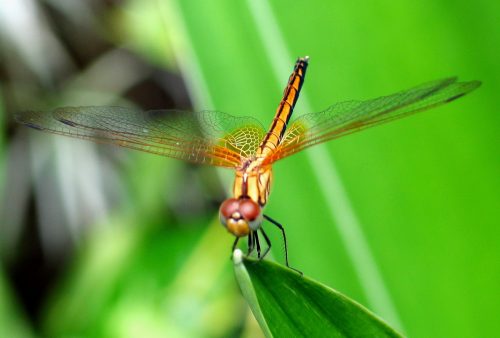