Khmer cuisine, far less well-known than that if its neighbours' Vietnam and Thailand, comes as a very pleasant surprise to most visitors

Khmer cooking has traditionally takes a backseat compared to the more prestigious and much better-known cuisines of its neighbours Thailand and Vietnam and obviously, the population have had far more serious concerns during much of their recent history but Cambodian food is making a strong come back of late and more and more excellent eateries are appearing in larger towns such as Phnom Penh and Siem Reap. You can even partake in Khmer cookery classes now! Interestingly when a friend of ours set up the first Cambodian cookery courses in Phnom Penh most of his customers turned out to be locals; housewives joined up, restaurants sent their chefs and wealthier families enrolled maids who’d all forgotten, or never learnt how to cook all the local classics. A whole generation of culinary skills and knowledge had been lost!

Assuming that no foreign visitors would have any desire to try out the traditional dishes tourist restaurants used to serve up menus of burgers, ‘spag bol’, pizzas and Thai green curries but nowadays excellent and well prepared local dishes are easy to find without the need to leave your stomach to the whims of backstreet stalls. The fact that more and more  tourists clearly do want to try local dishes is increasing local pride and Khmer cookery is emerging from the shadows.

We mentioned street stalls and whilst in most of Southeast Asia, this is where the best and most authentic food is often found hygiene and food conservation methods levels in Cambodia aren’t always up to what they may be in say Thailand or Malaysia so  sampling market and street food isn’t as straightforward as is it elsewhere.

As with most of the region fish and rice form the basis of the diet but Cambodian Food is a fairly eclectic mix. Yes, it can be similar to Thai food with the coconut-based curries and basil, lemongrass, lime, coriander and so-on giving recognizable flavours but the use of chillies is far less generous than in Thailand so easier on the uninitiated. You won’t need a litre of cold water on hand when ordering a Khmer papaya salad. Also differentiating it from Thai food are the obvious Vietnamese influences and classics from the eastern neighbours such as spring rolls, pho, (noodle soup), beng xao, (Saigon pancakes) etc have been firmly assimilated into the Khmer menu. The French heritage surfaces, as in Vietnam and Laos, with the ubiquitous baguettes found in every local market and bus halt but also with the Khmer classic lok lak – chunks of beef in onion gravy served with rice or even occasionally French fries.

There are also regional specialities such as the massaman style Muslim curries of Kampot or of course the celebrated Kep crab in Kampot pepper sauce – a truly superb dish up there with anything you’d find in Thailand.

Of course, our brief rundown on Cambodian food wouldn’t be complete without the mention of; a. prahok or b. fried tarantulas! Prahok or ‘Cambodian cheese’ as the locals jokingly call it is a pungent fermented fish-based dip. Foreigners eating prahok has locals in stitches but well prepared it’s excellent and far more palatable to non-Khmers than they assume it is. The deep-fried spiders and array of fried insects are notorious and the source of many jokes, comical photos and dares but spicy beef or pork in pepper and red ant sauce is actually quite a refined taste and generally goes down well when we’ve ordered it for our tour groups.

Finally, Cambodia’s increasing, and increasingly justified, gastronomic status is enhanced by the wealth of foreign fare available these days in Siem Reap and Phnom Penh. The superb French, Italian, Lebanese, Malay, Thai, Indian, Chinese, Korean restaurants compare in quality and price with any Southeast Asian capital and with the huge range of immigrants and ex-pats you can find food from right across the world. (A friend of ours has even recently set up a cafe in Siem Reap offering Madagascan specialities!)

One thing’s for sure – you won’t lose weight on a Cambodia tour! 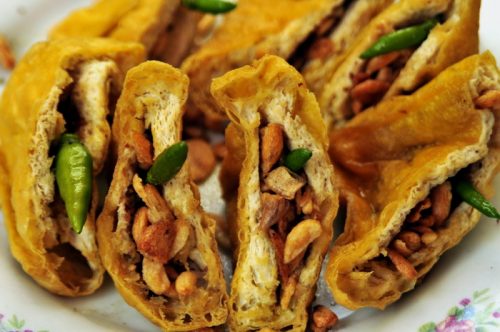 10 not to be missed Burmese dishes 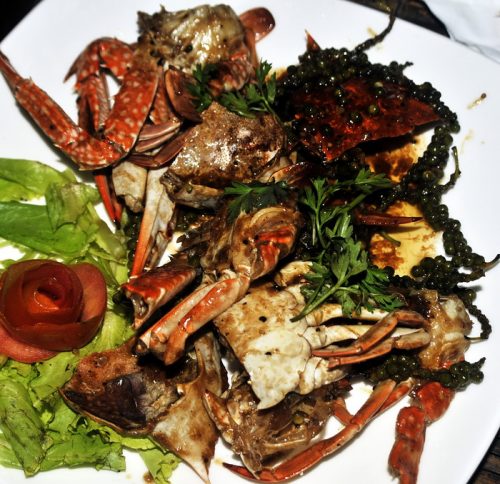