As with neighbouring Laos, there are currently 2 entries on the UNESCO Cambodia World Heritage list, yet what entries they are! Firstly, the Angkor Archeological Park, added in 1992, covering some 400 sq kilometres and comprising of scores of temples including all the famous ones: Angkor Wat, Angkor Tom, Bayon, Ta Prom, Preah Khan as well as a host of smaller, less-known sites. Secondly, and somewhat controversially, as far as the Thai neighbours go, was the 2008 addition of the awesome border temple Preah Vihear.

Unfortunately, the latter has since made it onto a less welcome list which is the Foreign and Commonwealth list of places to avoid travelling to. Violence flared up between Thai and Cambodia forces some 3 years ago and despite there having been no serious incidents at Preah Vihear since the FCO warns of “…the possibility of further violence”. (Possibility of violence …………could just about right-off most spots then couldn’t it. Have the FCO visited Portsmouth city centre on a Saturday night?) We would say absurd, ridiculous but who are we to question the wisdom of her majesty’s govt. so we’ll just pass on and sadly leave Preah Vihear for a future date.

Two Cambodia world heritage sites may sound somewhat meagre for a country which, albeit small, has such a rich archaeological heritage though we did notice that it has no less than 9 additional inclusions on the tentative list. As you may imagine this is principally a series of temple sites but before having a look at those we’ll mention a natural site which to our minds would be well worthy of inclusion; Prek Toal. Not only does this region on the edge of the great Tonle Sap Lake include what is one of Asia’s most important waterbird sanctuaries but it also incorporates a vast and well-preserved area of flooded forest, flood plains and marsh and swampland which is to say an increasingly rare landscape and unique eco-system in Southeast Asia. Indeed the lifestyle of the local people with their still very traditional floating villages is also now rarely seen in these parts.

With regards the Cambodia World Heritage tentative list we reckon several are automatic shoo-ins though even as a fan of Khmer history there may be one or two that are stretching things a bit.

Banteay Prei Nokor. Seems to be some confusion on UNESCO’s part here since they refer to Wat Nokor – a Jayavarman VII period temple of moderate interest in Kompong Cham Town, whilst the actual site of Banteay Prei Nokor is a much earlier site some distance from the provincial capital. Thought by many historians to correspond to the late 8th-century city of Jayavarman II, Indrapura, it’s in a sorry state of repair these days and very little research has been carried out at the site so no-one is actually certain what the site represents or even exactly how old it is anyway. Difficult to enhance it’s status for the present then so get digging we say!

Banteay Chmar. No arguments with this Cambodia World Heritage suggestion; – a huge, late 12th century, classic style temple with superb carvings and the iconic giant faces in a jungle setting in far northwestern Cambodia. Access is much improved, clearance allows for an easier visit and consolidation work has been undertaken though at present it still receives very few visitors.

Beng Melea. Ditto above and one of the most spectacular of any Angkor period temples. Yes, it’s in a very ruined state but that adds to the Indiana Jones charm and as another of the largest and most complex Khmer temples this 12th-century complex is surely deserving of being upgraded from tentative to full?

Preah Khan, Kompong Svay. Little known and rarely visited, Preah Khan lying to the northwest of Kompong Thom Town is actually the largest temple in Cambodia. Containing 11th and 12th-century elements this sprawling complex is still difficult to access due to a remote location and poor roads so UNESCO listing would provide much-needed funding to both improve access and prevent further deterioration of this majestic, yet much pillaged, site. (Despite 12 years of travel in Cambodia we’ve never actually made it there so no photos available!)

Sambor Prei Kok. Another superb site, well deserving of recognition. Sambor Prei Kok and surrounding area with myriad brick towers scattered throughout a forest is both a delight to visit and a historically vital site corresponding to the 6th and 7th-century cities of Bavapura and Ishnapura – the earliest Khmer cities established in what is now Cambodia. The ruined city is these days easy to access and despite the ravages of time and intensive B52 bombing contains some remarkably well-preserved towers and carvings and if this doesn’t fit the bill of World Heritage we don’t know what does.

Koh Ker. Koh Ker is unusual amongst Angkor sites in that it presents a remarkably homogeneous collection of major monuments, representing the early 10th century capital of Jayavarman IV,  built during a brief  20 or so year period without the additions and amendments and redesigning that other temples feature. Architecture is massive, carvings and free-standing statues large and gave rise to the eponymous Koh Ker style. The numerous impressive sandstone buildings have been largely cleared of jungle, the access road improved and visitors to this remote site are now filtering through. A spectacular 1,100-year-old stone city in the jungle – what are UNESCO waiting for?

Phnom Da and Angkor Borei. An interesting addition – undoubtedly of great historic significance since these two adjacent sites in Takeo Province represents the location for the 6th century capital of the powerful pre-Angkor Funanese kingdom yet in reality not much remains. Phnom Da has two interesting, albeit small, towers one of which dates to the mid 6th c,  but the ancient capital itself is situated underneath the contemporary town of Angkor Borei and little can be seen aside some remnants of crumbling city walls. Some superb statues have been discovered in these parts and it’s certainly deserving of far more investigation but difficult to know, as a World Heritage Site, of what it would actually consist.

Oudong. Same goes for Oudong really; as a site of the national capital prior to Phnom Penh there’s historical importance but again there’s very little on the ground: a few bricks hinting at an early, maybe pre-Angkor tower and some stupas containing ashes of 19th-century kings. The latter have been ‘restored’ several times and coated in concrete and new plaster whist much of the surrounding hill is little more than refuse filled scrub so difficult to see anything here that would impress any UNESCO inspectors. Definitely best seen from afar as Gary’s awesome photo below from our Cambodia photo tour shows.

Kulen. Last but not least is the fascinating site of Phnom Kulen and that’s certainly one spot where there is plenty to see: National Park, a sacred mountain, the River of a Thousand Lingas, location of a ruined 8th/9th century city and an area of outstanding natural beauty – Kulen ticks a lot of boxes. Kulen, however despite already having national park status is a site, (although the same goes for most of the above),  that is in desperate need of some expert management. At present deforestation is rampant, ticketing is largely in private hands and development is, to put it politely, ad hoc. As usual, this is a question of lack of expertise and a shortage of funds.

Some of the above sites need urgent attention and we feel expanding Cambodia’s UNESCO site list asap is vital in so far as it would firstly provide essential funding to a poor country, furthermore allow some expert advice whilst importantly helping to spread tourism away from the over-concentration on Angkor. We realise UNESCO probably has a lot on their plate but some of the sites can’t wait so, putting it crudely -get your finger our guys!

Many of these sites feature on All Points East’s Cambodia tours and you can check all itineraries here. Cheers! 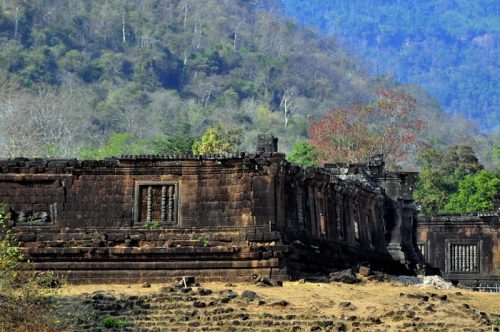