The ruins of the so-called ‘haunted casino at Bokor, near Kampot in Southern Cambodia, certainly look creepy enough! (Apparently heavy losers at the casino frequently threw themselves off the conveniently placed adjacent clifftop!). Bokor Town, perched high on Bokor Mountain overlooking the Gulf of Thailand, was set up as cool, breezy kind of hill-station-come-resort for hot and sweaty French colonists in Phnom Penh to escape for the weekend to. New arrivals at the port of Kampot would also be sent up the mountain to acclimatise for a while to avoid them dying of heat exhaustion after their first week or simply getting back on the boat and sailing back to Bordeaux!

There was a casino, hotel, church, post office – all the makings of a small town – perched on the clifftop and the cool temperatures made it a popular getaway up until the ’70s. The whole place, including King Sihanouk’s holiday villa* a few kilometres down the hill, got trashed by the Khmer Rouge then finished off during the fighting with Viet and Cambodian government forces to remove KR remnants hiding out on the mountain. (As usual in Cambodia most things are ‘the Vietnamese fault’!?). * Incidentally King Monivong of Cambodia is said to have died in the palace at Bokor in the arms of his favourite concubine – Pol Pot’s elder sister Roeung no less!

In more recent times Bokor became an off the beaten track and pretty exciting destination for adventurous travellers – just getting there was an adventure (see this travel blog account). Unfortunately the site, despite being part of Bokor National Park, was bought up by developers a few years ago and plans are afoot to renovate the hotel and casino, so future tourists will be more of the high-flying Korean or Thai gambler types than adventurous backpackers and you’ll be able to travel there by air-con Mercedes or helicopter rather than by beaten up old pick-up truck!

Shame and we’ve had to remove our visit to Bokor from our Beyond Angkor tour itinerary whilst we wait to see how things pan out up there. (Construction work on the new road makes getting up there pretty tricky at the moment anyway.)

A couple of updates to this rather old post

Firstly, we’re sad to say a new casino complex has been constructed at Bokor which, apart from a collection of hideous new buildings, also entailed a complete make-over of the old ruined casino. Meanwhile, the summit is now reached by a brand new highway cutting through the forested slopes so all things considered, that’s the end of Bokor as far as we’re concerned.

Secondly, for some atmospheric clips of the casino – interior and exterior – check out Matt Dillon’s 2002 thriller City of Ghosts set in Phnom Penh and Bokor. 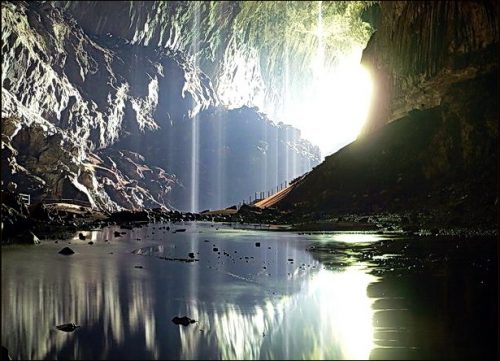 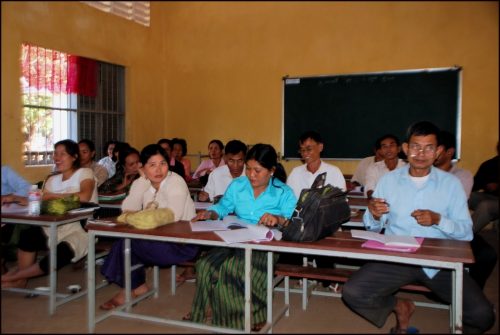