A bit rushed today so minimal text, (you’ll be glad to hear), and a few photos we came across in a far corner of our hard drive – kind of a computer equivalent of down the back of the sofa we guess. These are some of our favourite Apsaras of UNESCO World Heritage Angkor Wat carvings at with an estimated 2,000 + in the one temple, there’s certainly plenty to chose from. Apsaras are a kind of heavenly dancing girl who, according to Hindu mythology, were originally created as a sort of fortuitous byproduct of the churning of the sea of milk (the Hindu creation myth), and who dance to entertain the gods and also conveniently function as a theoretical heavenly reward for any Angkor warriors who happened to die in battle for the glory of one of their megalomaniac kings. The Angkor kings certainly had large troops of palace dancers – they didn’t need to wait until they died to have their ‘rewards’ – and some archaeologists hypothesize that said dancers may well have posed for the actual Angkor apsaras. As with the kings’ concubines, the vast Angkor empire would have been scoured for the best dancers and said archaeologists claim to be able to identify definite racial features amongst the various carved apsaras. Whether it’s possible to identify a certain dancing girl as being Cham, Mon or say Siamese is debatable but certainly anyone can immediately see the huge range of jewellery, hairstyles and sarong patterns that the girls display. As you can see they’re often in pairs – sometimes single, occasionally in small groups but many have been preserved for posterity alongside, or hand in hand with, their mates – which is nice! For those who haven’t yet visited Angkor the carved dancers are found on near all of the numerous temples – on walls, doorways, pillars etc – though many of the best examples can be seen at Angkor Wat itself. Also for those who’ve not yet seen the Apsaras of Angkor Wat, you can check details and itineraries of all our Cambodia tour options here. 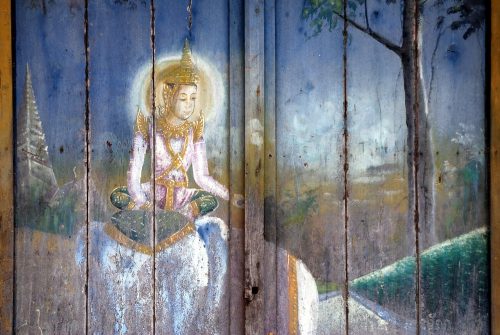 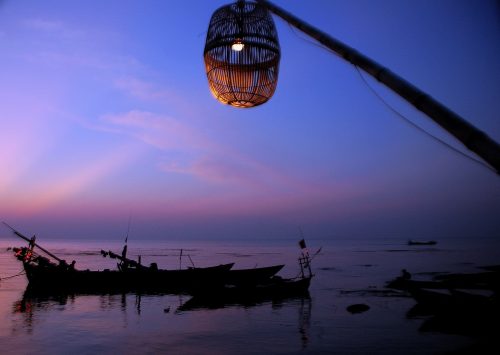