Costing the Apopo organisation around 6,000 Euros each, including training and importation, these are certainly the world’s most expensive rodents yet when you see the giant African rats – or Gambian pouched rats to be precise, Cricetomys gambianus – in action, you’ll understand why.

Easier to maintain and handle than trained dogs (and much lighter so less likely to set anything off) and more efficient than the standard de-mining machines these amazing creatures can not only clear a minefield at an unprecedented rate but when used in conjunction with conventional surveying and metal detectors can get as close to a 100% success rate as is possible. (They’re also pretty cute as rats go!)

Originally used in former African warzones such as Zimbabwe, Angola and Mozambique the rats undergo training in Tanzania to sniff our TNT and thus locate both anti-tank and the smaller anti-personnel mines before being transported to the Apopo Centre in Siem Reap where the animals go into the field in co-operation with CMAC, (the Cambodian Mine Action Centre),

Open to the public for a small donation a visitor’s centre makes for a fascinating visit and opportunity to learn more about the scheme as well as actually seeing the amazing creatures in action.

Although an option, our suggestion is a late morning stop at the centre on our return from Beng Melea Temple – particularly appropriate we feel due to the large number of mines still found in that particular area. 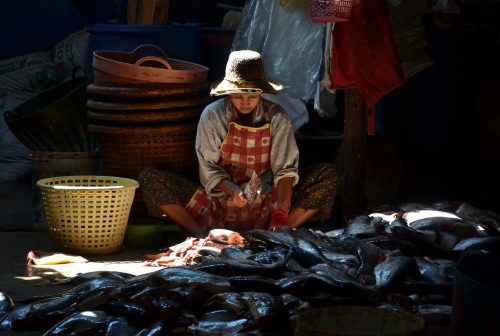