Coming up, and based on nearly 20 years of leading tours to Cambodia’s UNESCO World Heritage site; a few small Angkor tips and suggestions on how to optimise your temple visit. Firstly though one very big tip! Try and time your visit for the low season. The awesome, often jungle-clad, temples in Western Cambodia are obviously today a huge draw and the mysterious vine-covered, Indiana Jones-esque ruins can be justifiably one of the world’s most spectacular destinations but do it wrong and it can be a frustrating, disappointing and tiring experience.

Angkor is hot and sticky pretty much all year round albeit with slightly lower temperatures and generally cloud-free skies in the months between November and February. From late February onwards through to May is the hot, dry season and June to October the rainy season though yearly weather patterns may vary slightly. The northern hemisphere winter months of November to February are the most popular, and increasingly the busiest, and can see a huge influx of, in particular, Asian tour groups; Chinese, Korean, Indian, Thai and Vietnamese.

Since we reckon atmosphere is an important element of the temples and we’re keen on photography this can, at best, put a bit of dampener on things and at worst lead to serious frustration as you wait for endless groups of Chinese tourists to pass through a doorway, vacate a courtyard or free up a viewpoint as 30 of them take selfies one after another.

Secondly bear in mind that guides, whether books, websites or human ones can be of assistance but also a hindrance. When it comes to suggesting itineraries and timing of visits there’s generally very little thinking outside of the box going on and programmes largely follow a set, classic pattern. Accepted recommendations – mainly we suppose due to light considerations – favour, for example, a visit to Angkor Wat in the afternoon and Bayon in the morning. But that means the majority of visitors will be following the same advice, so ours is simply; – do the opposite of what your guide suggests. Again, Phnom Bakheng, the majestic hill-top temple, is literally standing room only at sunset but you’ll have it to yourself early morning.

A recent feature at certain busy Angkor temples is the presence of wooden ‘this way’ signs. Well without causing any disruption, try and avoid them! Many of the ruined temples cover large areas with only tiny parts of each site being frequented by visitors so if a particular one looks busy don’t get channelled into the centre by signposts and try branching off to the sides instead. The best views and most photogenic spots are often looking towards the centre from the outside rather than from the centre itself and even if a particularly iconic vista can only be seen by following the signs what’s the point if it’s then too crowded to see? Iconic Ta Prom is a good case in point and the tiny interior courtyards with their famous spreading roots look wonderful on postcards though the photos were certainly taken years back when the temples were far less crowded.

Every other visitor wants to take this image and for reasons best known to themselves, most are desperate to ruin the shot by having themselves stand in front of it. As we said frustrating, time-consuming and often futile yet on arriving in the first main enclosure a short side track to the south or north will immediately shrug off 99% of the other visitors.

You can also simply peruse any guide book and, after ascertaining the most popular temples – many have some basic star system of supposed visit-worthiness – swap for alternative ones instead. If you deduct 1 or 2 stars for the crowds at a purported top draw site and add 1 or 2 for the atmosphere at a lesser-known one that has nobody else in it your temple itinerary may look very different! Bear in mind the majority of tourists only taken in the best-known temple sites anyway. Preah Khan – another with a jungle setting and massive roots is more than an adequate alternative to Ta Prom and Banteay Kdei, from the same time period, maybe smaller but is far more atmospheric since it’s invariably near empty.

Another useful Angkor tip – obviously applicable for certain months in the year – is to take advantage of showers. These are an advantage not a disadvantage for your Angkor tour! Tropical storms rarely last long and many visitors seem very much fair-weather ones with the first drops of rain or black clouds sending them scurrying to their tour buses. That’s the moment to grab an umbrella and head into the centre of a  suddenly deserted Bayon or Ta Prom. The rain’s sheen on the stones and dramatic skies create atmospheric views and photos too.

These are just a few ideas to optimise your visit although – despite all of the above – the most important of our Angkor tips would be…don’t try and do it on your own. If you don’t want to take part in an organised tour then at least employ an experienced, professional, local guide. You’ll probably only visit Angkor once so get it right! 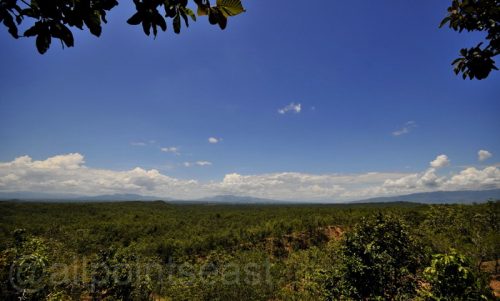 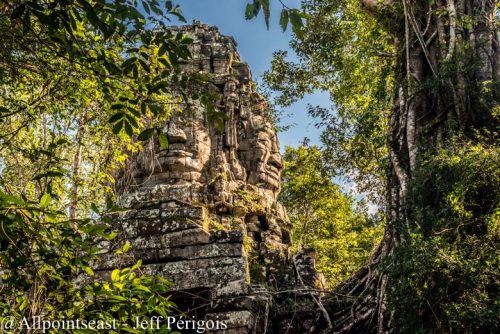