A rundown on some other, more recent and even older, architectural sites to be seen in Cambodia

Cambodia – much more than Angkor Wat! Sure, Angkor Wat, Bayon and the temples of Siem Reap are the highlights for most visitors to Cambodia but there’s plenty of other fascinating sights architecture-wise to be seen in the kingdom. The country’s rich architectural heritage indeed covers everything from the recent and French period to Funanese and pre-Angkor sites. Here are a few images…….

Beginning with Phnom Penh’s Psa Thmei, (or New Market), which apart from Angkor Wat, the giant roots of Ta Prom and the faces of Bayon is perhaps the most iconic of the country’s buildings. This Art Deco extravaganza dates from 1937 when, upon completion, it was reckoned to be Southeast Asia’s largest covered market. Psa Thmei recently received a $4 million facelift so is currently back to it’s very best!

Another famous and picturesque sight from Cambodia’s capital is the 1907 National Museum building. (Here seen from the FCC.) There are still numerous old French period buildings to be found, particularly in Phnom Penh and Siem Reap; some, such as the below, have been lovingly restored whilst others are in urgent need of some TLC.

The Sino-French building below – (on Phnom Penh’s 19th St if we remember correctly?) – being a good case and hopefully, it’s future will be a coffee shop or tapas bar rather than demolition to make way for some hi-tech gadget showroom or condo block.

Before leaving the capital here’s a brand new, yet interesting construction; the new mosque in the imaginatively named suburb kilometre 9 on the route out to Battambang. The architecture does show a bit of imagination though and it certainly brightens up an otherwise pretty run down area.

And just to show that Khmer history didn’t begin with Angkor here’s a couple of much older constructions still standing;

The 6th century Ashram Maharosei at Phnom Da, Takeo Province is still in splendid condition whilst below is what is thought to be the oldest standing temple, (and indeed building) in the kingdom – Prasart Phnom Chnork in Kampot Province.

Being situated inside a cave has obviously helped to preserve the above temple and indeed it’s so old no-one knows exactly when it was built but probably during the Funan period in the 4th or 5th centuries.

So some 1,600 years of architecture to be discovered – as we said Cambodia’s not only about Angkor Wat! 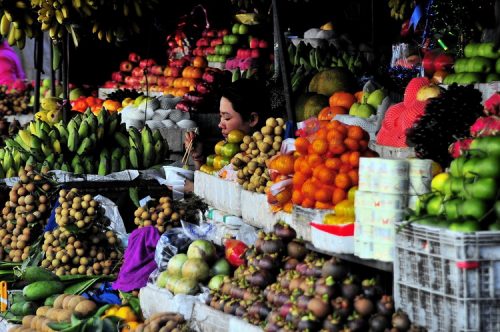 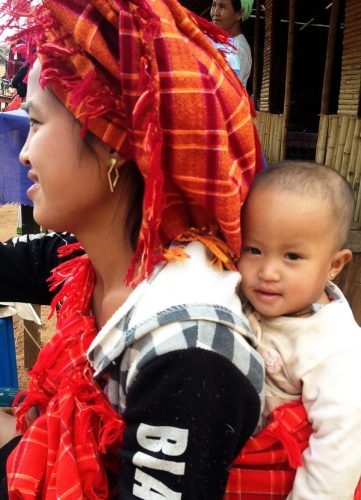