Caves are what the small Burmese, Shan Plateau town of Pindaya is famous for! So, we had intended to write about the famous and spectacular cave temples but seem to have filled most of the post up with cabbage photos so – we’ll call this one ‘the road to Pindaya’ and post a separate temple piece afterwards.

The 1-hour drive north from the market town of Aung Ban,  (Aung Ban being one of the area’s 5 towns that share a market day rota), wound its way through what looked like some of the richest farmland in Southeast Asia where cool temperatures and the undulating patchwork of small fields, copses and farms seemed very European and indeed where temperate vegetables such as cabbages and cauliflowers predominated, (well at least at that time of year).

The whole region was intensely cultivated and a hive of activity with fields bustling with farmworkers and the road heaving with all kinds of vehicles on their way to or from the market. Pa-O villages dotted the landscape with, further up the hills, Palaung settlements.

Some picturesque, pastoral scenes – a fascinating drive – and we could really have stopped every 2 minutes to photo one scene or another but cave temples called!

And a photo of some very un-tropical looking carnations in Aung Ban market, which just highlighted the wide range of tropical, sub-tropical and temperate products that can be grown in this potentially rich area.

Left us somewhat frustrated that over the, not so distant Thai border, we’re paying through the nose for expensive, imported – sometimes from as far away as Australia – produce like lemons, grapes, avocados and ‘exotic’ temperate veggies such as potatoes, leeks and cauliflowers. Let’s hope border and exchange problems can be sorted out so goods can perhaps start flowing southwards  & boost the economy somewhat of what is still a very ‘undeveloped’ region, but which as far as we could see ought to be a very rich one!

Could have just detoured the convoy direct to Chiang Mai’s Rimping supermarket – which would have been a damn sight closer than Yangon too!

Coming up next – when we’re done waffling about cabbages – the cave temples themselves! Cheers! 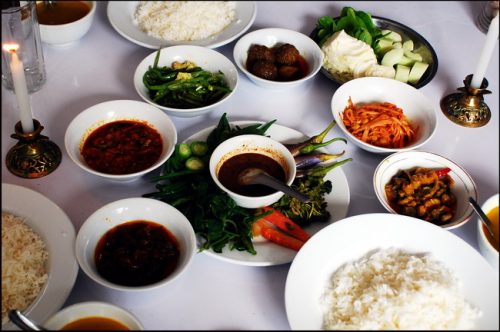 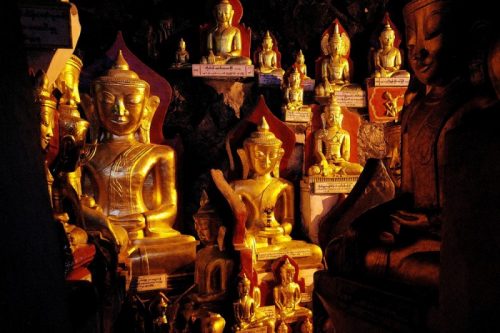