The Padaung, Kayah or ‘Long-kneck Karen’

And why we visit them in Burma (Myanmar) but not Thailand

For a relatively small ethnic group, the Padaung certainly have plenty of names. Padaung is apparently the Shan term for the Kayah Lahwi– a subgroup of the Kayah ethnic family who are in turn a subgroup of the Karenni or Red Karen who are themselves a part of the wider Karen family. Vulgar terms for them are ‘Long Necks’, ‘Long Neck Karens’ or with typical French tact, ‘Les Femmes Giraffe’ (‘Giraffe women’)!?

The Padaung seem ok with the Shan name though we’ll check next time we run into any Kayah Lahwi since we had heard it may be somewhat derogatory, although we won’t bother asking them what they think of the French name!? It can also be slightly confusing with their close, yet unrelated, neighbours the Palaung ethnic group. The women’s clothes may bear a close resemblance to traditional Karen dress but the languages are not necessarily mutually intelligible and, relatives as they may be, they don’t consider themselves to be Karen as such. Only the Padaung group wear the distinctive brass neck rings.

The Padaung live in the mountains of Burma’s Kayah State – close to the Thai border of Mae Hong Song Province though some villages have been established in recent times in Thailand itself. (See article here on the Padaung in Thailand.) These are actually refugees from fighting between the Karenni, (KNPLF) and Burmese military and they are not indigenous to the area. A few Kayah have also set themselves up around the shores of Inle to take advantage of the increase in tourists there, in much the same way that Akha women now sell their nicknacks in Bangkok and Phuket, though the Padaung women have established village workshops amongst the local Intha people where they weave and sell handicrafts rather than vending their wooden frogs from bar to bar as the Akha do.

We do not include any Kayah visits on our north Thai tours though we do include a visit to one of their workshops on Inle and some visitors have understandably asked why this is. We have already written a full post on why we do not visit the Thai Kayah villages, (see Travelfish article here), but briefly the reasons are as follows:

They are not, as we pointed out, indigenous to north Thailand and ‘villages’ are actually de facto refugee camps run as private attractions, with entrance fees, by Thai businessmen. Other Karen, Karenni, or indeed Mon or Shan refugees, not judged tourist-worthy are often unceremoniously bundled back into Burma.

We appreciate that refugees need financial help but we’re not sure that creating, what at the end of the day amounts to a human zoo, is the best way of going about things?

In 1995 the Burmese junta, SLORC, agreed on a peace treaty with the newly formed KNPP, (Karenni National Progressive Party), thus in theory halting fighting between the military and the Karenni armed faction the KNPLF. (The Kayah have in the past occasionally formed independent armed units as well as generally participating in broader Karenni groupings). There have been numerous, serious violations over the last 20 years though in more recent times the new Burmese leadership does seem far more sincere in its reconciliation efforts. Efforts are hampered by the fact that there also exists the; KA, (Karenni Army who have on occasions fought with the KNPLF), the KNRC, (Karenni National Revolutionary Council – formerly aligned we assume, with the now-defunct CPB, Communist party of Burma), whilst peace talks were on occasions brokered by the KSPF- Kayah State Peace Facilitating group. If this wasn’t all so tragic it could be reminiscent of a certain scene from the Life of Brian!? This is an unfortunate and recurring theme with most of Burma’s anti-government ethnic groupings partially due to the success of a deliberate divide and rule policy but also because of old inter-tribal enmities and religious differences, (e.g. the anti-government, predominantly Christian, Karen National Union and the appalling pro-government Democratic Karen Buddhist Army, (who we will not cite a link to!)

All the above to say that at present no serious violations have been recorded and peace does reign, (more or less), in Kayah State though whether the ‘Long neck’ cash cows would actually be allowed to return home is another matter.

Padaung in Inle are not indigenous but neither are they refugees and work and reside in villages around Shan State’s Inle Lake on a temporary basis for economic reasons. They are free to come and go – their ‘homeland’ lying some 50 miles south of the lake in Kayah state and indeed on our last visit many had returned home for the Theravada Buddhist New Year festivities. (As with their Karen cousins they are split roughly evenly between Buddhism and Christianity). They obviously have to pay rent and or split profits with their Intha landlords but there is no entrance fee to their houses. Yes they have to pose for tourists’ photos but in return, visitors buy their handicrafts.

As with many visits to ‘exotic’ hill-tribe peoples, this can seem an uncomfortable and voyeuristic situation for many visitors but again, as is often the case, this is largely in the ‘eye of the beholder’. Yes, they certainly make for a good holiday photo and few can resist but sticking large cameras in the faces and waving dollar bills at them is certainly uncomfortable for both parties. For us Westerners they do look odd but try sitting and chatting to them first and try getting over your own complexes and value judgements. They may have brass rings coiled a round their long necks but they’re not extra-terrestrials – they’re regular people the same as everyone! The younger ones may be understandably shy and some of the older ones understandingly blase but many are very proud of their traditions. (Amusingly on our last visit the Kayah were fascinated by one of our group’s piercing. They thought it looked very painful but couldn’t stop looking and if they’d have had cameras themselves would certainly have taken their own photos too! It made for an excellent and amusing exchange!)

Some of the women speak some basic English or you can ask your guide to translate. There’s plenty more to learn about Padaung culture and traditions apart from the necks and the ones we met were only too willing to explain. Having a chat first breaks the ice for all parties and you’ll probably get better, more relaxed photos anyway.

So don’t look for ‘Long-neck’ visits on our North Thailand tour but a visit to one of their Inle workshops is included on our 3-day Inle Lake programme on our Discover Burma tour.

Please note Burma’s ethnic groups and their struggles with the government as well as the pros and cons of visits to Thai Kayah villages are all highly complicated matters and the above is intended as a brief intro and in no way comprehensive. Cheers!

PS An excellent book on the Padaung is From the Land of the Green Ghosts by Pascal Khoo Thwe – see here. 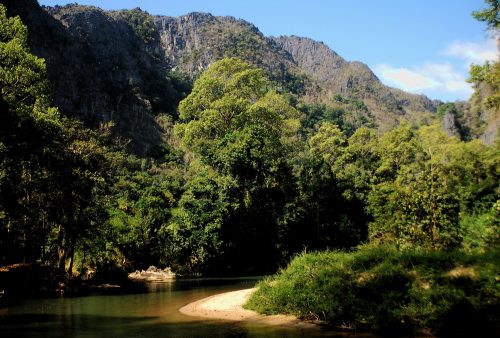 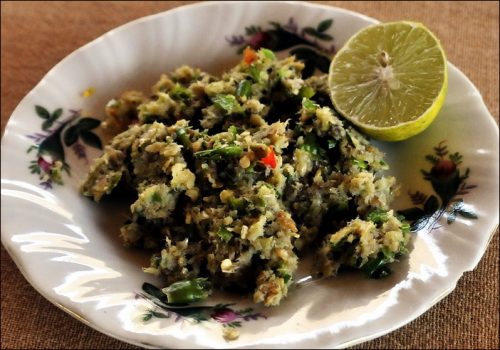