“A golden mystery upheaved itself on the horizon – a beautiful winking wonder that blazed in the sun…”. So described Rudyard Kipling on setting eyes upon the truly spectacular temple that is Yangon’s, or in his day Rangoon’s, famous Shwedagon.

The gold leaf covered stupa towers some 100m into the Yangon skyline – topped with diamonds and rubies and surrounded by a multitude of smaller chedis, pagodas, shrines and Buddha images. An awesome sight but what we found equally fascinating were the people; – the worshippers, pilgrims, devotees, monks, nuns, holy-men and myriad visitors.

Absolutely engrossing stuff and almost could have believed the holy man below had been paid to pose there for exotic tourist photos by the Myanmar tourism office – perfect!

Think I was supposed to be appreciating the seriously sacred Buddha images, the temple’s astrological symbolism and finer points of Theravada Buddhist architecture but really the whole humanity scene was just fascinating.

But just to show I was paying attention here’s some more stupas too….

Something for everyone really – awesome spot and can’t wait to get back there. We’ve got a sunset visit planned to fit into our upcoming Myanmar tour “Burma, a land quite unlike any you know” (Kipling quote), so that should be worth waiting for! Cheers!

What's in a name? The fashion for PC city names, Southeast Asia 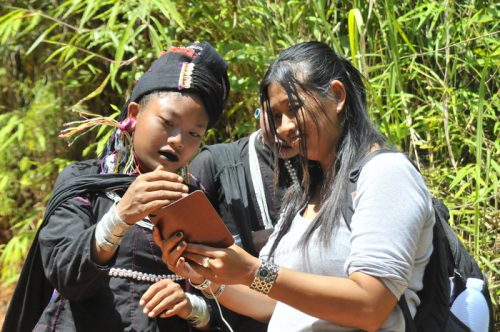