Estimates of the precise figure vary but suffice to say there is the best part of 2,000 temples, pagodas, stupas, chedis and monasteries scattered across the wide plain between the Irrawaddy to the east and the range of low hills to the west. Differences between the categories of religious sites can also be somewhat vague and may depend upon which local guide you’re talking to but basically a chedi or stupa is a solid tower whilst a temple has an accessible interior. A pagoda is a dome-shaped religious structure which may be solid or hollow whilst a monastery is a larger complex in which monks also reside, or resided. (There are of course exceptions and overlaps.)

The vast site represents the remains of the capital of the Bagan, (or Pagan), kingdom and dates primarily from between the 9th to 13th centuries so, some 400 years of temple construction by royalty, nobles and priests has created a huge number of sites. Larger ones would generally have been royal projects whilst smaller, less prestigious sites were constructed under orders of lesser nobles and courtiers or perhaps wealthier monks.

Bagan lies in central Burma in a rain shadow region known as the ‘dry zone’ and the landscape is at times semi-desert and the flora mostly cacti and acacias so don’t expect the lush Angkor jungle for example. However unlike Angkor where tall trees mean you’ll only rarely see more than one temple site at a time even the smallest tower at Bagan rises above the low scrub which makes for some stunning vistas.

We don’t really have a preferred time of year to visit; – each season has its pros and cons. The dry season from March through to May can get very hot and dusty but there’ll be very few other visitors around. You’ll get showers during the rainy season between June and September though vegetation will be lusher and again there’ll be fewer tourists to bomb your photos whilst the cool dry season may be best climate-wise but is high season for visitor numbers and hotel prices!

Taken individually many of the pagodas and chedis are attractive enough subjects in their own right; from the larger more spectacular temples to the forgotten crumbling, creeper covered towers but for us, the most spectacular views are the overall vistas where dozens of exotically and evocatively shaped temple towers, chedis and pagodas rise above the tree level across the wide plain. An astonishing sight; – it’s the sheer numbers that are impressive. Frequent preconceptions would have Bagan as a kind of Burmese Angkor but whilst there are certainly historical parallels photographing Bagan is very different from Cambodia’s famous site.

The complex Khmer ruins with jungle looming on all sides means you rarely have a view of an entire temple at any one time bar the smallest so your photos are usually of certain temple aspects and details: the east entrance to Preah Khan, sunrise over Angkor Wat’s central towers, a carved face at Bayon or a spectacular tree root at Ta Prom. No single temple at Bagan is large, or vegetation shrouded, enough that you can’t get the entire construction in a single frame even without a wide-angle lens.  Furthermore if would be difficult to shoot a single temple overview without getting adjacent ones in the back or fore ground.

Yes, there are wonderful carvings and details but overall your Bagan photography will be less architectural and more landscape. You can, of course, have a lot of fun with the interiors of the hollow pagodas where dark corridors, hidden stairways and Buddha statues and shafts of bright light create a challenging chiaroscuro.

Overall many of the temples are of similar designs so a lengthy guided tour of the site can quickly become a little tedious and we’d recommend grabbing a guide for an introductory, say half-day, tour to gain some historical and architectural perspective then spending the bulk of your time exploring on your own.  Any hotel should be able to organise a guide, map and/or transport varying from a taxi to horse and cart to bicycle or electric scooter. (The site is too large to do much on foot.)

Finally one of the wonderful aspects of Bagan is if you do find yourself getting ‘templed out’  you also have the local villages and everyday rural life to take in and indeed for twitchers or wildlife photographers Bagan is surprisingly rich in bird life.

Photographing Bagan opportunities are plentiful on both our Discover Burma (Myanmar) and Famous Sites and Hidden Places tours. 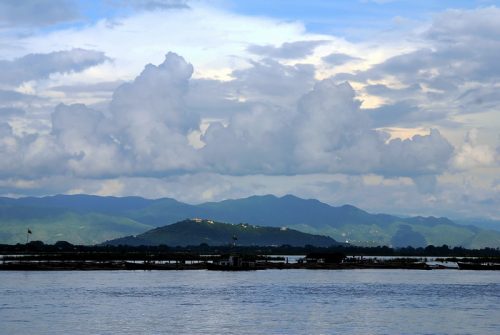 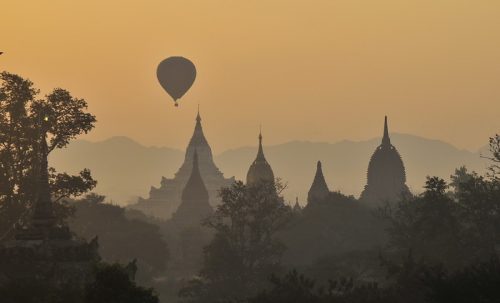