Mount Popa; monkeys and ghosts on a Burmese volcano

monkeys and ghosts on a Burmese volcano as visited on our 2-week small group Burma (Myanmar) tour, Discover Burma

After exploring Bagan and its amazing temples we headed east across the central Burmese plain for the distant Shan Plateau and the small market town of Kalaw. A spectacular visit en-route – an hour’s drive from Bagan – is the dramatic and sacred Mount Popa. Actually a dormant volcano some 1,500 meters high, (c. 4,500 ft), Mt Popa itself is extremely impressive as it bursts out of the surrounding plains, but what is even more dramatic is the ancient volcanic cone that thrusts out of the side of the mountain. Also called Taung Kalat, (pedestal hill), it’s a narrow, sheer-sided outcrop with, incredibly, a temple and monastery perched on the very top.  As the temple emerges into view you could be mistaken for thinking it was some Hollywood fantasy computer-generated image.

However, real it is and the fun starts at the foot of the craggy outcrop. When you arrive at the base the first thing you notice is the plentiful, colourful market stalls and the plentiful monkeys. Lots of monkeys – a large colony of macaques – have taken up residency pretty much all the way up to the summit.

Mt Popa is a very prestigious religious site too, not merely for the prestigious temple but also as the famous home of some 37 nats. A nat is the spirit of someone who, after dying under tragic circumstances, has been condemned to stay on earth, (so what we’d call a ghost in fact). For some reason an inordinate amount of people seem to have died under said tragic circumstances on and around this mountain, (well 37 to be precise), and they are represented by brightly coloured, and at the risk of angering the spirits, extraordinarily gaudy images housed in a shrine at the foot of the mount should you wish to make offerings to appease them? Yes, it’s all very animistic but still very important in contemporary Burmese culture. Pilgrims that travel to Mt Popa make offerings of alcohol, cash, fruit, flowers and incense to the nats then ask for their fortunes to be told by nat kadaws, (mediums), for a nominal fee.

After viewing the nats you and your monkey companions can ascend the 777 steps to the top of the volcanic plug. The steel and tile staircase spirals around gradually at first then peaks at a 45-degree section passing by hoards of local pilgrims – young and old, long-haired holy men and crimson robed monks. Upon reaching the top the 360 panoramic views are breathtaking, with the Irrawaddy valley on one side and the lush Mount Popa on the other along with tons of chedis, pagodas and Buddha statues dotting the countryside at all angles. With the sheerness of the sides of the cliff, it almost seems like the temple is floating next to the mountain.

Mt Popa is definitely ‘quite unlike any land you know about’.

Ryan was leading our Discover Burma tour – a 2-week journey through Rangoon, Mandalay, Bagan, Lake Inle and the Shan Plateau. 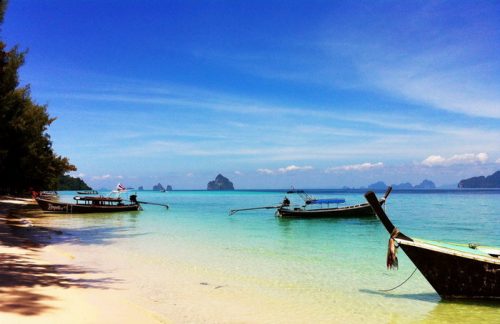 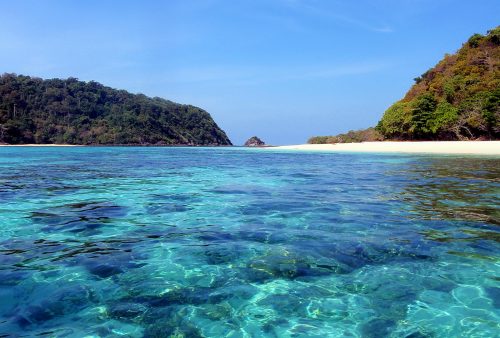