A selection of photos of Bago, Moulmein, Hpa-An and Ngwe Saung Beach taken on our South Burma (Myanmar) tour

A selection of photos of Mon and Karen States taken on our recently completed, and inaugural, South Burma tour.  Doesn’t matter how much you research new tour itineraries, doing it with a group is always different and teething problems are generally par for the course though, in this case – if we do say so ourselves – all went surprisingly smoothly! There are a host of fascinating sites to include in this off the beaten track part of Burma and as usual with Southeast Asia tours it’s not a matter of what to include but what you have to leave out and apologies to all concerned if there were some busy days and the occasional rather late lunch!

After some acclimatisation and getting over jet-lag time in Rangoon we headed off by local train to the historical old Mon city of Bago, formerly Pegu. The TGV this was not but as an alternative to ‘bussing it’ and a chance to see some great countryside and mix with the locals it worked well. A change of transport in Bago Town where we used bicycles to check out some of the sites.

A popular diversion but with a mountain to climb, literally, that afternoon we continued east to the foot of the Golden Rock.  Coinciding with a Buddhist full moon festival and thousands of pilgrims making their way to the Kyaiktiyo sacred site this fascinating experience is worth a blog post in its own right. Trucks carry pilgrims – and the few tourists that were around – halfway up the mountain from the base camp where you have the choice of continuing to the summit; – by truck…

…or being carried up by porters as this portly monk did though before you turn your nose up bear in the mind this is their livelihood!

As we said, more to come on this unique experience but after; sunset visit to the rock, overnight in a mountain top hotel, sunrise and a climb down the mountain before we continued south to the Mon State capital Moulmein or Mawlamyine.

Wonderful town with super friendly locals, lively markets, scenic pagodas, a great little hotel and tons of surrounding sites including the fascinating Bilu Island, the World’s largest reclining Buddha and the spectacular Kyaikkami temple jutting out on rocks into the Bay of Bengal. Our first sunset was from one of the ancient hilltop pagodas made famous by Kipling:

…whist our second was from a well-placed riverfront restaurant.

Next up, a few pics from our day tour of nearby Bilu Island.

And more photos from the day trip south of Moulmein.

First up the old Japanese train at Thanbyuzaya – the terminus of the infamous ‘Death Railway’  built during WW2  using Allied POWs. The Japanese railway was intended to link up Bangkok with the existing British network in Burma that passed Moulmein. (Note above, very old Japanese train driver who didn’t realise the war was over.)

The tiny, sleepy, seaside town of Amherst was actually for a brief period the first British capital on Burma and is now famous for the spectacularly built Kyaikkami pagoda built on rocks jutting out into the ocean.

Anyway, that’s enough photos for one post so we’ll continue with the boat journey up the Salween and Karen state in a 2nd post.

Mon and Karen States Burma are featured on both our 2-week South Burma tour, ‘Lookin’ Lazy at the Sea’ and 3-week ‘Famous Sites, Hidden Secrets‘ tour. 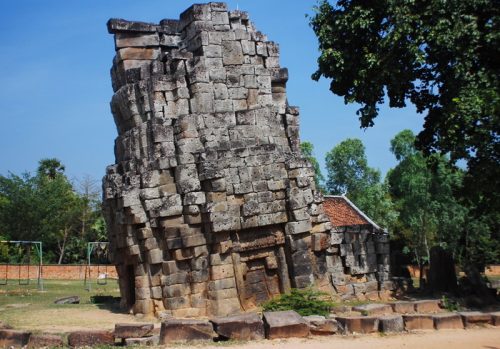 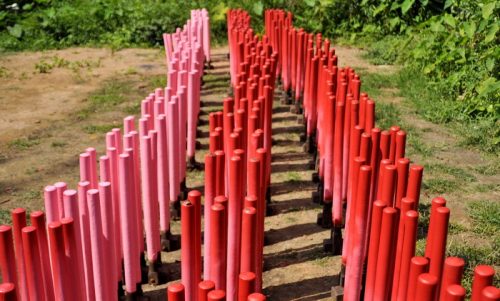