Burma – some recommended viewing and reading

As one would expect from such an evocative country with such rich history, cultures and landscapes there are both plenty of excellent reference books and novels to be found on Burma and below is just a personal selection of what we came across on our bookshelves and is in now way intended to be comprehensive. Note some of these books were banned up until recently but with the current changes taking place you should be ok with any of them now. (We have since added a bibliography supplement post here including one not to be missed Burma take and one to be avoided at all costs!)

Lonely Planet Myanmar (Burma)
We’re not LP bashing and, as with other editions, the generic intro section on history, culture, food etc makes for a good potted read but even more so than with other destinations Burma is changing very, very fast and much of the travel section will be wildly out of date even on the day of publishing.

Our mates at Travelfish, on-line travel guide, are promising to add Burma to their repertoire during the course of 2013 so look out for that whilst for coverage of  Burma events, news and articles we recommend the excellent Irrawaddy Magazine site.   You’ll also find plenty of relevant articles and photos by both All Points East staff and guests in the archives of our travelblog Burma category. As usual, please add a huge pinch of salt if you feel inclined to consult tripadvisor and bear in mind there is little or no verification of reviews and that they may be written by either the establishment owner’s best mate or worst enemy!

The Indianized States of Southeast Asia – George Coedes (University of Hawaii Press 1968)
For early history this classic from the great historian Coedes covers all early states of Southeast Asia including  the Pyu, Mon, Pegu and Bagan civilizations of Burma. A fascinating background read on Burma and any of these regions.

The Burma Campaign – Frank McLynn (Vintage 2011)
Very readable and very comprehensive coverage of the Burma campaign of WW2 from the Japanese attempts to invade India in 1942 to the fall of Rangoon in ’45. The Chindits, Merrill’s Marauders, the Flying Tigers, Stillwell, Wingate et al – fascinating stuff!

The Road Past Mandalay – John Masters (Cassell 1961)
Also on the Burma theatre during WW2 but this time a personal account is the account of John Masters’s time with the Gurkha Rifles and the famous Chindits in the jungles of Kachin State in northeastern Burma. Yes tragic stuff but a gripping read and, all apparently true.

Finding George Orwell in Burma – Emma Larkin (Penguin Press 2005) Larkin follows the traces of Orwell across Burma from Kachin State, Maymyo & Mandalay to Rangoon, the Delta and Moulmein and concludes that not only Burmese Days but also 1984 & Animal Farm were very pertinent to Burma. Interesting insights into Orwell and the British rule.

From the Land of Green Ghosts – Pascal Khoo Thwe (Harper Collins 2002)
The experiences of a man from a remote Padaung village as a student in Mandalay then a guerrilla fighter in the jungle before ending up at Cambridge University. Astonishing, moving and sometimes harrowing stuff that purports to be all true!

Among Insurgents – walking through Burma – Shelby Tucker (Flamingo 2001) Simply astonishing account of a man who decided to walk from China to India through the war zone of Burma’s Kachin State. Communist rebels, the opium trade, the myriad ethnic groups of this remote region are the background to this incredible travel story.

Presenting Myanmar – Maung Kyaa Nyo (Today Publishing 2000)
Great little introduction to numerous aspects of the country with info on; food, culture, religion, farming and so-on. May be very difficult to find outside of Burma but you can ask your tour-leader to help you find a copy once there.

Sacred Sites of Burma – Donald Stadtner (River Books, 2011) Mid-size format book with tons of photos and etchings and detailed info on most of the country’s most sacred sites as well as descriptions of myths, legends, folklore and religion, Buddhist and pre-Buddhist. Great images of Shwedagon, the Golden Rock, Inle Lake and so-on.

Burmese Days – George Orwell (Our edition Penguin 1986)
Probably the best known novel set in Burma but opinions vary on how accurate it is and to what extent it’s autobiographical. The ultimately tragic tale of Flory a timber merchant in northeastern Burma is certainly a classic though some more recent novels may give you more of an insight into the country.

The Piano Tuner – Daniel Mason (Picador 2003)
“On a misty London afternoon in 1886 piano tuner Edgar Drake receives a strange request from the War Office; he must leave his wife and quiet life in London to travel to the jungles of Burma….” so begins one of our favourite novels set anywhere in Southeast Asia.

No reading list of novels set in Burma would be complete without Ghosh’s epic tale of 3 generations of a family across the 19th and 20th centuries. Set in India, Burma and Malaya and described by some as the “Doctor Zhivago for the Far East”. Got to be good!

As usual we’ll head to John Pilger’s back catalogue for our recommended documentary on Burma; Inside Burma – Land of Fear produced by Central Independent Television in 1996. Par for the course with Pilger the documentary is well researched and presented but shocking and tragic. Portrait of Courage from the same director in the same year is also well worth a peak and includes an in depth interview with Aung San Suu Kyi herself. Watching these will put the recent and long awaited changes in Burma into pleasing perspective.

The Lady – Luc Besson 2011
Back to Suu Kyi of course for what’s certainly the most famous feature film on Burma of recent times, Besson’s 2011 The Lady starring Michelle Yeoh. Some actually filmed in Burma but it is a feature film not a documentary & it has come under some criticism for it’s factual correctness. Nevertheless, extensively researched and for all its faults remains a good movie. 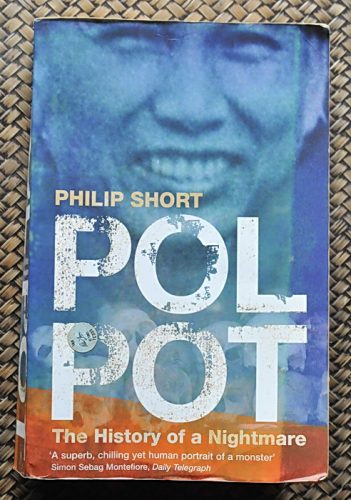 Cambodia - some recommended reading and viewing

To burn or not to burn - sunbathing in the tropics