Building Bridges Between Conservation and Tourism in Borneo

Many thanks to Dom at Fieldskills for this interesting article on an unusual subject – Conservation and Tourism in Borneo – building bridges for orang-utans in Sabah State!

Conservation, green tourism, adventure travel and sustainability are often concepts mentioned in the same breath but actually making them work successfully together can be very difficult.  Fieldskills is an expedition travel and training business with offices in the UK and in Borneo.  “One of our slogans has always been bringing safety and adventure, conservation and education together” explained UK director Dom Hall, “…it’s not always easy, but we are continually looking at innovative solutions”.

The latest example is building orang-utan bridges in the jungle which shows how the link between tourist income, skills development, adventure holidays and conservation can be indirect – but highly successful..

Over the last two years, Fieldskills has considerably developed its rigging arm in Borneo through Ropeskills Rigging, a specialist rope access provider working mainly on film and TV projects but also supporting canopy science in the tropical forests.  At the end of 2010, they got involved in a highly unusual but rewarding rigging job, building bridges for orang-utans in the fragile Kinabatangan* wildlife reserve. (Sabah State) *Or, Kinabantang.

The reserve is bordered by plantations so the apes (and other species) cannot now easily cross the many tributaries in order to move up and down the main river. The genetic mix is extremely important for the continuance of a robust population of orang-utans. Research has shown that by providing special bridges, the orang-utans can migrate along the river to find mates and dietary variety with relative ease. Camera traps placed on these bridges have shown them to be successful and a full-scale operation is underway to install the bridges the whole length of the reserve.

“It takes a while for the animals to get used to it. … If we are not able to reconnect them, they will go extinct very soon,” said Marc Ancrenaz, co-founder of French-based conservation group Hutan, which works with Malaysian wildlife department officials on orang-utan protection.

Conservationists estimate about 11,000 orang-utans live in Malaysia’s Sabah state in Borneo, but many are isolated from each other because swaths of forest have been cut for development, logging and oil palm plantations. Hutan estimates the number of orang-utans in Sabah has decreased eight-fold in the past 15 years, though conservation efforts in recent times have slowed that decline.

“It has been a great project for us to be involved in, working with the Sabah Wildlife Department (SWD), non-governmental organization, HUTAN, Danau Girang Field Centre (DGFC) and Borneo Conservation Trust Japan”, said Fieldskills’ Borneo Director Simon Amos.  “Tourism and adventure travel has provided income for us to develop the rope skills of our local staff – now it is very rewarding to be able to put these skills to such good”.

This conservation and tourism in Borneo project is continuing into 2011, DGFC director Dr Benoit Goossens said similar bridges would be set up at tributaries in the vicinity of DGFC following a survey carried out by HUTAN last year which identified sites suitable for bridge construction to alleviate the issues of orang-utan population fragmentation.

If you’re interested in visiting Sabah and Borneo please check our All Points East itineraries here. 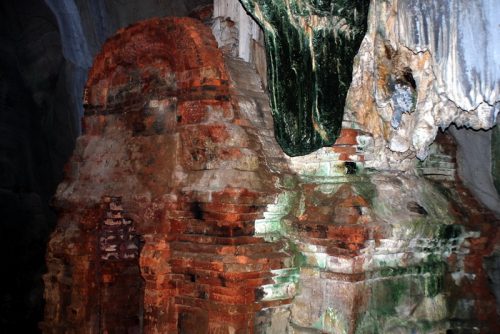