A rundown and photos of sites on UNESCO's 2020 World Heritage and Tentative lists for Burma (Myanmar) plus, as usual, a few of our personal suggestions

Any discussion of Myanmar World Heritage Sites may well begin with the words, ‘Oh dear’! To our minds, it’s one of the best examples of UNESCO’s limitations – of political considerations overriding genuine heritage concerns – and, in certain cases, downright petulance. The answer to an abhorrent military regime – far from the only one on the planet and one that nonetheless has been a signatory to the UNESCO charter since 1998 – was, basivcally, to ignore it. Agreed, certain parts of the country – notably areas of Shan and Kachin States, as well as more recently Rakhine – were, or are still conflict zones but it’s a large country and plenty of areas have seen no fighting since the Japanese left.

Burma has some of the most spectacular natural areas plus a wealth of flora and fauna while its cultural heritage is the envy of many regional nations, yet, the Myanmar World Heritage list currently stands at 2. (The same number as North Korea, who had their 2 sites listed several years before Myanmar did.)

Of the myriad amazing cultural sites in the country, UNESCO saw fit to list the Pyu ancient cities in 2014 and Bagan – surely one of the most worthy sites on the planet – as recently as 2019. You could write an entire book on UNESCO and Bagan and while the agency may describe it all as highly complex negotiations, cynics such as ourselves might point to tantrums and the throwing of toys out of prams. With over 2,000 stupas, chedis, temples and monasteries scattered across a plain in central Burma (Myanmar) the sheer number of remains is extraordinary, however, on the downside, the region is a highly active tectonic zone and earthquakes are frequent. This entails regular and often extensive repairs and there’s the rub. With minimal financial resources and almost zero technical assistance, reparation and maintenance have been, to say the least, ad hoc.

Repairs to many crumbling ruins and chedis – otherwise left as they fell – were consequently funded and directed by wealthy generals or businessmen (usually synonymous). These karma-seeking, private individuals had cash but zero expertise so reconstruction was undertaken in whatever fashion took their personal fancy. These were often the same investors who, simultaneously cashing in on the site, built large hotels within the archaeological zone itself. Both phenomena extremely irksome to UNESCO but with no funding or assistance forthcoming and faced with 2,000 rapidly deteriorating temples what was the government supposed to do? As with every other historical site in the country, UNESCO simply stormed off in a huff and left them to it. (Ok, it’s not quite as simple as that but we’re cutting a long story short.)

Finally, after years of tedious negotiations, one of the most spectacular and important historical sites on the planet received recognition and listing by UNESCO in 2019. (Meanwhile this unofficial adopt a stupa scheme continues unabated in all the country’s myriad other sites.)

The ancient Pyu cities entry was a far less controversial choice.  Halin, Beikthano and Sri Ksetra are 3 ruined city sites in central Myanmar belonging to the Pyu civilization which lasted over a thousand years from around 200 BCE to 900 CE. Aside from a couple of restored stupas very little intact or even semi-intact constructions remain so nobody bothered building hotels and neither were they popular spots for collecting Buddhist browny points.

There is a fair-sized list of Myanmar World Heritage sites in waiting although we noted many have had tentative status since as far back as 1996. These include the following historical sites; the ancient cities near Mandalay (Inva, Mingun, Amarapura and Sagaing), several of Mandalay’s old teak temples, Mon cities (i.e. Bago), Mrauk U in Rakhine and Shwedagon Pagoda in Yangon. In our opinion, every one of these deserves instant inscription including the 4 Mandalay region cities on an individual basis. (All are extremely important and complex sites dating from different periods and geographically distinct so why group them together?)

The remaining 2 sites are the prehistoric cave system of Badah-lin and the astonishing Podaung paleological site which has revealed 40 million-year-old anthropoid remains which even challenge the Out of Africa theory. (If that’s not world heritage we don’t know what is!?)

Again, we’d say all the natural site candidates are shoo-ins and attempts to create vast northern and southern forest complexes from contiguous protected areas  – along the lines of Thailand’s Western and Eastern Forest Complexes – is commendable and urgent needed. If all of the above claims were accepted as soon a possible it would go a long way to rectify UNESCO’s abysmal record in Burma (Myanmar) but, to our minds, there are plenty of other sites in dire need.

Sadly much of Mandalay city was destroyed during the last war and while important temples and the old palace have been extensively restored it wouldn’t make sense to declare the whole city a World Heritage site. However, Mandalay is dotted with restored and partially restored ancient sites and in addition to the teak ones mentioned above there’s the highly prestigious Mahamuni Paya and astonishing Kuthodaw home to the ‘World’s largest book’.

More feasible as a general city site would be the colonial architecture of downtown Yangon, (Rangoon), now critically endangered but considered to rival Calcutta as the best stock of British Victorian architecture in Asia.

Due to lack of funds and investment, many Burmese cities saw little or no development until very recently – although the last few years have seen a veritable explosion – and consequently many provincial towns are, for now, still home to extensive and impressive period architecture. Combined with ancient Buddhist temples a broad Myanmar World Heritage listing along the lines of Luang Prabang could work for somewhere like Moulmein, (Mawlamyine) and to a lesser extent Myeik (former Mergui) and Dawei (former Tavoy.) These could conceivably be grouped together as per UNESCO’s Malacca and George Town listing.

Hpa-an’s fabulous ancient cave temples and the little-known but incredible Labilela-style temples carved out of the rock in Monywa also spring to mind along with the ‘Shan Bagan’, In Dein and of course the Golden Rock. We reckon any of these unique and spectacular sites would have been granted listing status long ago if they were located in almost any other country and here. they don’t even make tentative status. There are plenty of other candidates worthy of consideration, and this list could get very unwieldy. As we mentioned, confirming the majority of tentative entries would be a great start and, for now, probably the best one can hope for.

The above entries cover 2,000 years of history as well as being widely scattered geographically, so any tour itinerary would have a job fitting in more than a few highlights. It may come as a surprise but Myanmar is the largest country in mainland Southeast Asia; larger than Thailand, twice the surface area of Vietnam and covering more square kilometres than any European country except Russia.

Still, we do our best and our classic Discover Burma tour features Shwedagon and the Victorian architecture of Rangoon, the ancient cities and prestigious temples of Mandalay, Bagan and Inle Lake including In Dein and the cave temples of Pindaya. At the other end of the country, our south Burma tour – Lookin’ Lazy at the Sea’ – takes in the Golden Rock, Hpa-an’s fabulous cave temples and karst scenery, the old ports of Moulmein, Dawei and Myeik plus a day tour of the Mergui Archipelago.

For those with time to spare we also combine the 2 itineraries on our comprehensive 24-day Famous Sites and Hidden Secrets tour.

Myanmar World Heritage sites then, very much a work in progress and we can just hope that; A. UNESCO values genuine heritage concerns over political agendas and B. The Myanmar government makes genuine efforts to get its act together in regions of the country that, in certain cases, have seen on and off armed struggle now since as far back as 1947. 2 very big wishes but we live in hope! 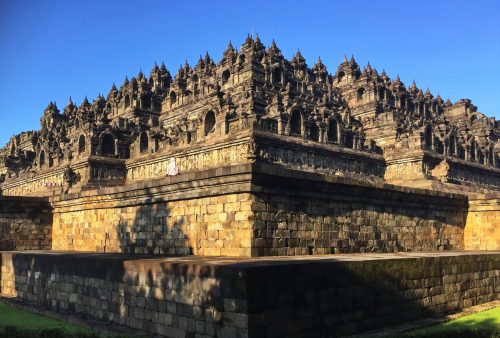 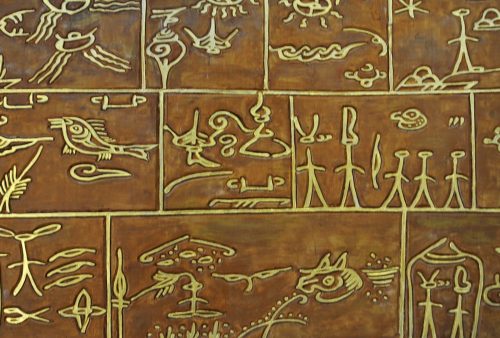