A brief rundown on Cambodia's current UNESCO sites, those on the Tentative List and a few others we reckon should be on it

We have covered this topic in earlier posts but, with several Southeast Asian sites having been added to UNESCO’s list in recent times, here’s a brief update of Cambodia World Heritage Sites, as well as some of the candidates on its Tentative List.

Considering the wealth of unique archaeological and historical sites across the kingdom we can’t help but feel that a grand total of 3 Cambodia World Heritage sites is a rather poor return. The country’s tragic and convoluted recent history is, of course, to a large extent to blame, with conflict persisting into the late 90s, so credit that Angkor has been listed since as far back as 1992.  Many of the country’s most spectacular sites were located within what at the time were war zones and even after hostilities ceased still suffered from inaccessibility, complete lack of infrastructure and not least, the widespread presence of landmines. Completely off-limits then to both UNESCO inspectors and the majority of tourists and indeed certain sites remain so even today.

The 2nd site, the cliff-top temple of Preah Vihear, was for many years only readily accessible from Thailand’s Sisaket Province and when it eventually did receive UNESCO status in 2008, armed conflict between Thailand and Cambodia over border delimitation was the result. We’re happy to say that today the situation is peaceable and a new all-weather access road has been constructed from the nearby Khmer town of Sra-em to the summit of the escarpment on which the 11th-century temple lies. (While the main temple area has now cleared, mines do continue to be a serious problem in the vicinity.)

The country’s most recently added site, Sambor Prei Kuk or the Archaeological Site of Ancient Ishanapura, lying in centrally situated Kompong Thom Province, was listed in 2017. With dozens of 7th and 8th-century temple towers scattered through a forest setting the site is of both great visual and historical importance and a very welcome addition to the list.

As with Preah Vihear, Sambor’s remoteness and distance from either Phnom Penh or Siem Reap means that foreign visitor numbers are still very low.

We noted 8 sites currently placed on UNESCO’s 2020 tentative list for Cambodia World Heritage sites, including some obvious candidates as well as, to our minds, a few surprising choices. The huge 10th-century ruined capital of Lingapura under its present-day name of Koh Ker would seem to be a shoo-in as in our opinion would the impressive remains of the 12th-century temple Beng Melea. The latter, situated around 1 and 1/2 hours from Siem Reap, is already popular with visitors while the former (an hour further on) receives a steady trickle of tourists.

Banteay Chhmar and Preah Khan of Kompong Svay are 2 more massive Angkor-period temples although both are remote and rarely visited. Preah Khan, located in the centre of the country, is indeed the largest single Angkor site but suffers from inaccessibility while the former, an extensive Jayavarman VII site complete with carved faces, has somewhat better road access but is situated in the far-flung northwest of the country close to the Thai border. The main temple areas of both sites have been cleared but mines remain a  substantial problem in the vicinities. Both are again, visually stunning and highly atmospheric complexes and of enormous historical significance though we’re sure Beng Melea and Koh Ker would come first in UNESCO’s thinking.

A couple of smaller – again little-known, temple sites included in the list are Phnom Da-Angkor Borei and Phnom Kulen, The former – located in the southern province of Takeo, is of huge archaeological importance as it pre=dates even Sambor Prei Kuk and represents the probable site of the capital of Funan civilisation which covered the first half of the first millennium. Phnom Da is home to a couple of later – 6th and 11th-century temples – but Angkor Borei is of minimal interest to casual visitors. (The region’s extensive network of ancient canals – many still in use today – are nonetheless very impressive.

Kulen, a plateau lying some 50 kilometres north of Siem Reap is again of great importance to historians housing as it does the remains of Jayavarman II’s 8th-9th-century capital of Mahendraparvata. LIDAR surveys of this site have revealed the ruins of an extensive early city although again accessibility, mines and the poor condition of many temple sites are problematic. (Equally problematic in our view is some of the road building and construction work undergoing in what is officially a national park as well as a historical site. We’d be rather sceptical of UNESCO status for either site in the near future.

The final 2 tentative sites do break the Angkor monopoly, with a combined Tuol Sleng Museum (S21) and Choeung Ek (better known as the Killing Fields) entry plus the hill-top site of Oudong around 50 kilometres north of Phnom Penh. The former needs no introduction while the latter was the site of the nation’s capital prior to the arrival of the French in the 1860s. The hill must have been an important site for centuries and foundation of ancient brick towers can still be seen although what is most obvious today is a collection of large stupas housing the remains of period Khmer kings. Many of these receive regular make-overs and paint jobs and we’d be more dubious about this site’s worth than any others on the list.

No natural heritage sites made it onto the list and with the Cambodian government needing all the incentives it can get to preserve its dwindling forests we’d strongly suggest the addition of a national park or 2. Ille3gal logging and hunting are huge problems in all Cambodian national parks and wildlife sanctuaries so we can understand some reluctance in the part of UNESCO but the surely their role is to help protect these areas? Kulen Promtep is one of the country’s largest protected areas and is one of the last refuges for several critically endangered species while the vast 3,400 square kilometre Virachey National Park in the far northeast must deserve some recognition (and protection).

Several other protected areas are deserving of consideration and again, the government needs every encouragement possible. Among many sites, the unique fauna and landscapes of Prek Toal – one of Asia’s most important bird sanctuaries – also deserves a serious look, perhaps even as a combined natural and cultural site to include the area’s unique floating villages.

In terms of Angkor temples, UNESCO seems to have most bases covered so we’d just add a combined suggestion of the neighbouring Takeo Province temples of Phnom Chisor and Ta Prom-Tonle Bati. Both represent splendid examples of medium-sized provincial sites and both possess numerous well-preserved lintels and reliefs. The former is located in the centre of a still clearly visible but to our knowledge little -researched walled and moated city which could prove a treasure trove for archaeologists should UNESCO funding be made available.

As many of the above sites are rather remote, the obvious tour option is our off the beaten track Beyond Angkor tour which includes all 3 Cambodia World Heritage sites, (Angkor, Preah Vihear and Sambor Prei Kuk) plus Phnom Kulen, Koh Ker, and the temples of Takeo Province. Phnom Da is easily arranged as an add-on between Kep and Phnom Penh while Tuol Sleng and Choeung Ek are options on our Phnom Penh day tour.

A visit to Preah Vihear Temple is also on our Emerald Triangle and Mekong Adventure tours of southern Laos and northern Cambodia, both of which also feature the Lao UNESCO site of Wat Phu.

Next up: Laos World Heritage Sites. 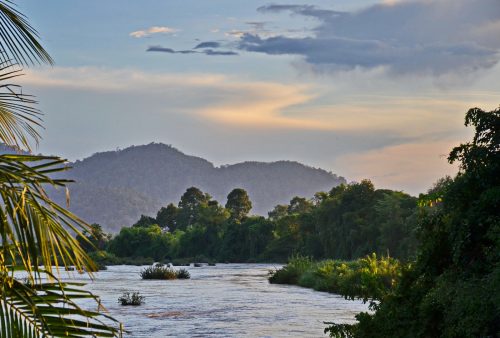 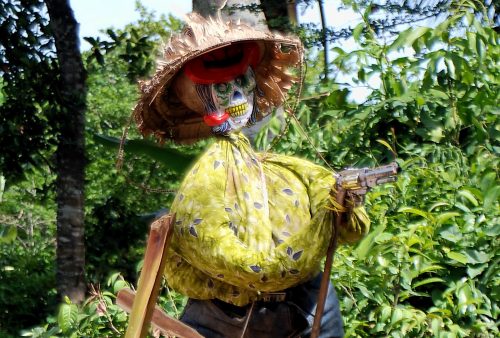