Travelling to Koh Kong in a bubble

Our travel writer having a cyncial day. (No - never!)

Recently did a bus trip from Phnom Penh to Koh Kong on the Cambodian/Thai border. A trip I’d already done several times before but one that never ceases to fascinate me. The first section, heading north on Route 4, has great views of the dramatic mountains of Bokor National Park to the east, then from the junction with Route 48 near Sre Ambel, there are views to the north across stretches of pristine forest to the jungle-clad hills of the Cardamom range with equally picturesque vistas of more jungle, Botum Sakor National Park and distant coastal mangroves to the south. One of the most scenic roads in Cambodia!

First time we did this route it was still a dirt track with ferries instead of bridges at all the river crossings: Sre Ambel, Andong Teuk, Trapaeng Rung and Ta Tai. These days it’s a good, sealed road with brand new bridges, so not only scenic but a comfortable trip too.

Sat next to a friendly lad from Phnom Penh who was off to DJ in a night club in Koh Kong and in front of me was a Kampot couple off to visit rellies; – also friendly and with a good level of English. The 2 seats across the aisle were occupied by 2, rather uptight, young English girls. Our efforts to engage them in conversation: –
‘That’s a great book you’re reading’ (Prayer for Owen Meany).
“Yes”,  eyes back to the book.
‘Where you off to then?’
‘Bangkok’ – eyes back to book
….were non-starters. The DJ smiled at them – they stuck their heads further into their books – the Kampot couple offered them some mango…
‘No thank you…’

They spent the entire trip reading and listening to I-pods. There were in fact 2 other couples of young tourists on the same bus and every time we checked they too had their heads in Lonely Planets and headphones in ears. None of them communicated with anyone on the bus, nor each other and we don’t think any of them registered any scenery whatsoever. What is the point of travelling then??? That was a hermetic bus ride.

Now we do not mean to tar everyone with the same brush and those backpackers, or ‘young budget travellers’, who do not conform to this stereotype will know we are not referring to them and will, we believe, certainly picture the sort of tourists we are referring to so please, no offence! But that, unfortunately, is the cliche of certain backpackers these days – Lonely Planet, headphones, not genuinely interested in meeting other travellers or local people, (whatever they may claim) and grumpily enduring any journey involved in the process of getting from one backpacker hot spot to another. If you could teleport from Khao San to Pai, Pai to Vang Vieng and Vang Vieng to Hat Rin then that would be perfect but since you can’t then may as well travel in your own bubble.

It’s a zapping mentality – skipping from perceived highlight to perceived highlight. Now this wasn’t an arduous trip but travel in some parts of Laos and Cambodia can be heavy going but then we always thought that getting there was often part of the fun and long bus rides are great opportunities to meet fellow travellers or chat with the locals. This insulated, isolated travelling around in your own bubble seems to defeat the object to us. If you’re more interested in girls with dragon tattoos or Howard Marx than spectacular views of jungle and mountains and more interested in giggling with your best mate from uni than meeting locals what is the point in going halfway around the world? (To buy a Beer Lao t-shirt?) I mean they’re reading about it in Lonely Planet whilst it passes by their window – ignored!? Ok, we might be old farts who were actually about to rob them, rape them, kidnap them and sell them into the white slave trade but they didn’t communicate with their peers either.

Now as we said we apologize to all those young budget travellers who are genuinely interested in discovering local cultures and seeing Southeast Asian landscapes but our above stereotype does seem to be sadly, increasingly pertinent. Get your hair beaded on Khao San, go trekking in Pai, tube in Vang Vieng, get laid on Don Daet, get stoned in Sihanoukville and exchange Facebook contacts with any new friends you shared a bucket of Saeng Som-Red Bull with, then get home in time to get to Glastonbury with your new Cambodian ‘warning landmines’ t-shirt and show everyone photos of your life-changing adventure in Southeast Asia.

As a brief update to our travelling to Koh Kong rant – some 10-years later – we’ll take back some of our comments. Lonely Planet has recentl[y announced they’re stopping printing guide books so that’s out while travellers seem to have stopped reading books too. We don’t mean they’ve replaced printed paper by e-readers – we mean most have stopped reading full-stop! Now it’s smartphone in hand, plugs in ears and eyes shut! 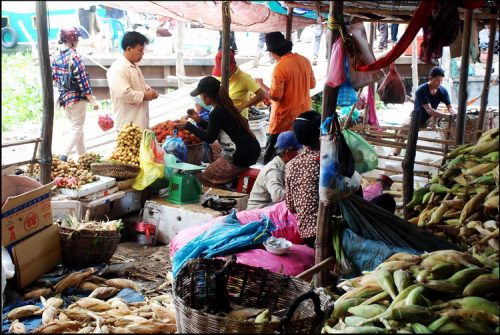 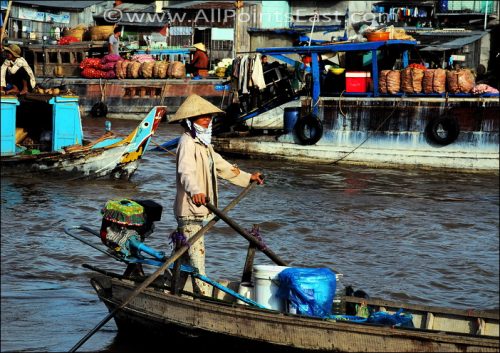