A spot to avoid at all costs. Photos and text by Armin Hermann (Happily this disgraceful establishment has since been closed down.)

Excellent post by our long-time friend and sometime colleague Armin on the controversial subject of Kanchanaburi’s infamous Tiger Temple..

Finally, I managed to escape the city. Just 130 kilometres from Bangkok; life is different, tranquil, without the exhaust fumes of millions of cars. Wonderful! I have decided to take a break to visit my daughter and continue with the planning of my upcoming Mekong River journey. I know the River Kwai region and Kanchanaburi province well, as I have spent over 10 years of my life here. I enjoy the place without having to bother with sightseeing or the nuisance of noisy bamboo-walled guest houses. I already know all the tourist highlights around Kanchanaburi, a city of 50,000 inhabitants. There is the famous bridge across the River Kwai, the museums, remote caves, waterfalls, national parks and more. Kanchanaburi offers a lot to visitors.

And, there is the “Tiger Temple”, which I hadn’t paid any attention to in all those years. Almost a decade ago monks started to look after tiger cubs whose mothers had allegedly been killed by poachers. Meritorious, if true, although I am naturally a sceptical person. With the outbreak of tiger-euphoria, tourists reported enthusiastically how the monks of this remote temple devotedly cared for the animals. No entrance fees were charged in the early days, just a reminder to donate some money. Not much was asked for – 100 Baht, (2-3 Euros), so that the tigers could enjoy chicken, pork and beef bones rather than just rice.

Initially there were just a few young tigers – joined by freely roaming deer and other small mammal species. Not for the tiger’s daily menu, though – they wouldn’t have had any clue anyway how to chase, kill and feast on live animals. So, it all started as a neat little temple zoo with lovely deer, orphaned tiger cubs and monks as keepers. Western tourist and travel writers immediately saw the perfect alternative to big city concrete zoos. A harmonious oasis whilst out there in the real world poachers were lurking, trappers trapping and kids with their sling shots, whom innocent doggies feared more than tourists would fear snakes. I had to see this idyllic place by myself, even though I was sceptical, or, just because I was so sceptical…

500 Baht, the equivalent to 12 Euro, has to be paid now as the basic donation. The picture has changed and the parking lot at the main entrance is crowded with tourist’s minivans from Kanchanaburi and Bangkok. The air is sultry.

“No red, pink or orange clothes! No professional video cameras! No shorts! No sleeveless shirts!” is written on several announcement boards. Tigers or no tigers – it’s a temple and tourists have to dress accordingly. If you happen to be incorrectly dressed you are obliged to buy correct clothing which conveniently can be purchased right next to the cashier’s booth, although at nearly triple the cost in say Kanchanaburi market. I tried to hide my disapproval while I grabbed a glimpse of further details on a laminated sheet:

I wonder if the tigers enjoy all that just as much as their visitors. I am not so convinced. Maybe they do; at least it’s better than being chained up and dragged by the tail into photo-position. I will find out later that this tail-dragging practice is part of the tourist attraction at the regular afternoon photo-session.

On my way through the vast temple grounds a smiling gardener directs me towards the ‘Tiger-Photo-Casting’ in  nearby abandoned quarry; – the monks call the place “Tiger Canyon”. The landscape – barren, the temperature – over 40°C. In front of a group of some 80 tourists, an elderly monk leads a tiger on a leash, surrounded by 10 guards just like a Russian magnate with his bodyguards. Down in the quarry 12 other tigers are already chained up for the adventure. 1000 baht (25 Euros) have to be donated nowadays for a personal picture with one of the cats. According to a Thai tour guide there are some 38 tigers at the temple. I can only make out male animals; is that a natural coincidence? (I  believe that female animals fetch a better selling price on the wildlife market.)

The photo event starts with an announcement regarding rules of conduct and donation procedures. Nearly all of the participating tourists deliver the 1000 baht for a picture with one of the unusually sedate, (or sedated?), tigers. I am utterly stunned. As I recover from my first shock, I start asking people about their opinions and feelings. I receive a wide mixture of replies. I hear “mixed feelings” just as often as “a great place”. No one, though, really opposes the place and most of the tourists clearly let me know that I am out of place with my animal-loving attitude. “You find zoos in Europe, too”, says an Englishman to me, and “We’ve enjoyed our trip regardless of what happens here” comes from an Australian traveller. Well, enjoy it then!

Just as I chat to tourists I pick up the loud laughter of the crowd behind me. I can only get a short glimpse of a “professional” keeper as he dragged one of the lethargic tigers by the tail into a better photo position. The animal did not even react. My feeling that the tiger must be drugged in some way cannot be so far off the track. If you did that with you pet pussycat at home you’d more than likely end up seriously scratched and or bitten!

I have enough of the show! I leave the “theatre”.

Back at the parking lot I buy a can of coke, sit down and look at an elderly couple. “What’s your opinion about this Tiger Temple”, I desperately ask for a last time, not really expecting a critical answer. “We didn’t go in.”, said the gentleman, “I don’t like zoos where animals are just exploited.” I can barely believe that there are actually some travellers out there who think and travel with a more responsible attitude. Jan and Rika from South Africa – you made my day!

More information & details on the tiger temple can be found on the ‘Care for the Wild’ site.

Some further background info:
Talking to government veterinary Dr Prasitphon who cares for elephants at Kanchanaburi’s Elephant World, I got to know that the tigers are not just mistreated but fed with salt-rich food which destroys their kidneys. The life expectancy of those tigers is dramatically shortened. Several years ago, Dr Prasitphon was called to the temple to inspect the tigers but he was later banned (by the temple) from going there again because of his stiff criticism. He explained to me in length the failed attempts to shut down the place, the influences behind it and high ranking donors and protectors that cannot be mentioned here for obvious reasons.

Armin hails from Austria and lectures in tourism management at the ITM College in Vienna.

Addenda; happily this disgraceful establ[ishment was closed down by the Thai government in 2016. 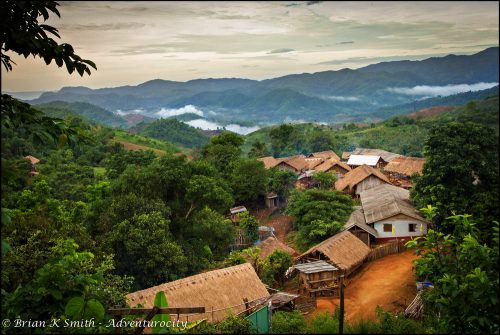