Even King Rajendravarman’s title itself is still a matter of debate, with historians opting for either Rajendravarman I or Rajendravarman II depending on their acceptance, or otherwise, of a certain Rajendravarman the 1st from Sambapura, purported to have been ruling in the Angkor area during the latter half of the 8th century. Since this does seem more likely than not we’ll tentatively go with the title ‘the 2nd’.

Though not usually considered one of Angkor’s most important temple builders, Rajendravarman’s not inconsequential architectural heritage is probably outweighed by his political legacy and the importance of the re-organization and consolidation of the Empire during his reign after a period of considerable civil strife. Rajendravarman II laid a lot of the groundwork for more high profile kings who came later and in this respect is one of the Empire’s most important rulers.

His early history is not well documented and his claim to the throne somewhat confusing. Inscriptions state Rajendravarman was a descendant of Yasovarman, and also seems to have been related to, possibly a nephew of Harshavarman II. Born in the important city of Bhavapura, (probably in the Sambor Prei Kok area), of which, by the time of his accession to the throne in 944, he was already either governor, (appointed presumably by either Rajendravarman IV or Hashavarman II?), or ruler of an autonomous city-state. Bhavapura appears to have been pretty much autonomous for much of the 8th and 9th-centuries but if Rajendravarman did have a legitimate claim to the throne of that city, autonomous or not, then he had a lot of credibility as ruler of the old Chenla capital of Bhavavarman and Ishanavarman.

Anyway, bad move on the part of the Jayavarman IV faction as Rajendravarman true allegiances seem to have leant in the other direction since, by 944, he had mounted a successful campaign to defeat Hashavarman and install himself as king of a reunified empire based at the old capital of Yasodharapura. (A campaign which must have begun in or soon after 942 upon the death of Jayavarman IV.) Perhaps his old Chenla dynasty connections struck a chord since he certainly wasted little time in dispatching Hashavarmanand reuniting the Empire.

Inscriptions attest to Rajendravarman’s energy in setting about the restoration of the capital, partially ruined and abandoned after the civil war of Jayavarman IV’s reign, and his establishment of numerous new shrines and religious domains, (several of which were Buddhist).

Certainly a vigorous leader, he also found time to underline his military credentials with the conquest of Champa around 946 and succeeded in reigning in any Khmer Provinces that may have got aspirations of independence during the previous era of civil conflict. Indeed even ‘reigning in’ his own home town by definitively assimilating Bhavapura into the Angkor Empire and as such reconciling the old Chenla dynasty of Sambor Prei Kok with the Jayavarman II, Indravarman, Yasovarman faction at Rolous (Hariharalaya) that had split from Bhavapura during the rule of Jayavarman I. No mean feat even if it meant becoming the last king of that previously autonomous kingdom. (Somewhat reminiscent of England’s James 1st!)

Yet for all his vigour and successes, substantial resistance to his policies clearly lingered in certain areas as demonstrated by reports of a revolt in 958, (though the specific person or city concerned is not indicated), resulting in Rajendravarman’s death. It appears not everyone wanted to be re-united! That certainly cut him off in his prime – R II was probably still relatively young at the time – and who knows what he may have achieved given another 10 yeas or so. Nevertheless, the foundations he laid were solid as indicated by the fact that he was succeeded by his 10-year-old son – Jayavarman V.

During his reign, Rajendravarman II completed Baksei Chamkrong (947), and built amongst other temples: East Mebon (952), the Buddhist shrine Bat Chum (960), his new state temple of Prei Rup (962) and what was possibly the earliest version of Sra Srang. He also ordered the construction of temples in the northern reaches of the Empire, close to today’s Khorat as well as, perhaps in a spirit of compromise, undertaking constructions at both Koh Ker and Sambor Prei Kok. Though primarily Sivaite in belief, his obvious Buddhist sympathies may derive from connections to the northern, traditionally more Buddhist-leaning part of the empire. The magnificent Banteay Srei Temple was also begun at the end of his reign though it was one of his priests who was responsible for the project rather than Rajendravarman himself. Temple architectural style during his reign saw a reversion to simple brick and laterite indicating a shortage of funds or inclination, (or both), for the more grandiose constructions of the recent Koh Ker style or the time-consuming sandstone intricacies of a Banteay Srei. However, the aesthetically pleasing simplicity of Prei Rup has created one of Angkor’s better-known temples.

Aside from his considerable temple legacy Rajendravarman was above all responsible for re-organizing the administration and organization of the vast, now re-united, empire. The semi-autonomous city-states dotting the region were consolidated as imperial provinces and a much tighter system of centralized command and control established – in the long term certainly far more important for the Khmer empire than any temple architectural innovations. 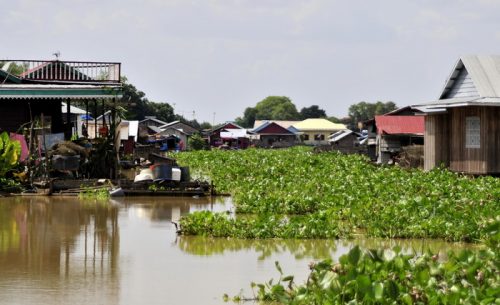 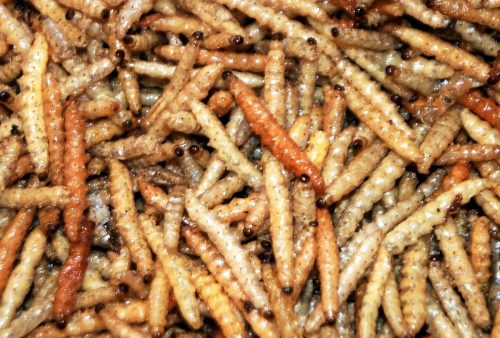