As encountered on our Mountains and Hilltribes and Unexplored, the Far North tours to Laos and Vietnam

Continuing westwards from the Flower Hmong of Ha Giang and Black Hmong of Lao Cai we reach Lai Chau Province and its colourful Red Hmong sub-group.

Their villages are quite widely spread across the northern and central parts of the province, being replaced to the south and west by Tai and Lao sub groups.  Occasional White Hmong villages can be found, especially close to the Lao border, whilst Blue Hmong make an appearance as you approach Son La. (Red Hmong can be seen in small numbers at various local markets across the region but there’s no one main ‘centre’ like Bac Ha or Sapa.) The bright clothing and often spectacular hairstyles however make the Red Hmong one of the most distinctive of all Hmong sub-groups. Whilst the women appear very attached to their traditional garb, unlike Black Hmong men, you’ll practically never see any of their male counterparts in anything other than Western clothing – even on special occasions. (The couple below were photographed at a New Year festival.) Note the unusual pleated black, ground length ‘pinafore’ – de rigeur for Red Hmong women.

Obviously generalizing but it’s interesting to note that the various sub-groups of the Hmong family can demonstrate very different characters and the Red Hmong are notoriously shy and retiring whilst anyone visiting Sapa will notice immediately that shy’s the last word to describe the very outgoing Black Hmong! Red Hmong women are also very loath to have their photos taken! (The husband above actually asked us to take their photo.) Not that they’re not friendly – just shy and to prove it below’s a pic of a great fun Red Hmong New Year party we were very kindly invited to.

Photos taken on an All Points East, ‘Mountains & Hill-tribes‘ tour to northern Laos and Vietnam. 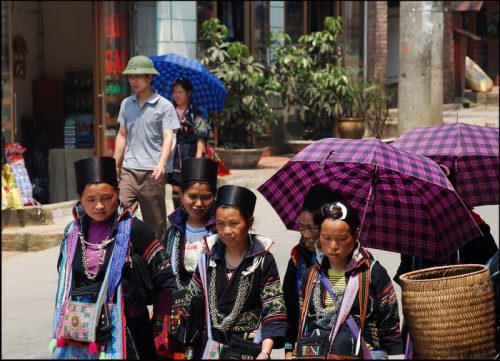 The Black Hmong of Sapa 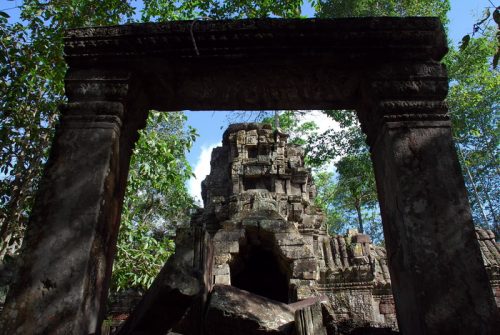