The Black Tai and the ‘Land of God’

The term Tai describes the broad ethnic group (the Tai-Kadai linguistic family) which includes the Thai (Siamese), Lao, Shan, Northern Thai, Thai Lu, Red Tai, White Tai etc who occupy a wide band of Asia from the Assam region of India, through southern China, Burma’s Shan States, Laos, Northern Vietnam and of course Thailand itself. We touched on the migration of Tai peoples into Southeast Asia in a previous post, and this article is a brief outline of one of those groups – the Black Tai, or Tai Dam.

The Black Tai was one of the groups or clans that seem to have headed southeast rather than due south and settled initially in the Dien Bien Phu Valley of northwestern Vietnam – known to the Tai Dam as Muang Thaeng*, ‘The Land of God’!  A wide, fertile valley surrounded by low hills and probably when they arrived, only sparsely populated. Most Hmong, Dzao and other hill-tribes were yet to migrate here and the region was way too remote to interest the Vietnamese in the Red River Delta. Muang Thaeng was the royal seat of the Tai Dam kingdom of Sip Song Chu Tai, (loosely translated as 12 Tai lands). Apart from sporadic incursions by troops of the kings of Thailand, who had the habit of raiding these remote valleys and carting off the inhabitants to bolster their own populations in Central Plains towns, they lived probably pretty peaceably in the region up until the early 50s and the Indochina war. The Black Tai then suddenly found their Land of God – their remote, tranquil, mountain homeland – the unlikely setting for one of the late 20th-century’s most significant battles. Unfortunately, Dien Bien Phu was a highly strategic site being a major entry point into northern Laos and the French had decided to set up a base in the valley with the intention of interdicting communist supply lines into Laos and the Plain of Jars.

We’ll save the battle’s details for another post but a French force including elite paratroop and Foreign Legion units, (plus some Black Tai auxiliaries), suffered a catastrophic defeat at the hand of General Giap’s Vietminh forces.

Perhaps fearing a Vietnamese backlash some Black Tai groups then left the area to migrate westwards into the Lao provinces of Oudomxai and Phong Sali, so today they are to be found in much of Lai Chau and Son La provinces – alongside their cousins the White and Red Tai – as well as across northern Laos.

The various Tai groups living in these isolated valleys evolved separate dialects and costumes over the centuries and Black Tai speak their own dialect although to a non-specialist it can be difficult to differentiate from that of the closely related White and Red sub-groups. Generally speaking, they favour black colour, as their name suggests, for their headscarves and sarongs, though blouses seem to be in any shade. White Tai have a preference for white colour blouses although their sarongs may also be black whilst confusingly Red Tai also like black but tend to add a red trim to it!? A supposedly it defining accessory for the Black group is the ubiquitous green belt however it is so ubiquitous that we suspect some White Tai women of wearing it too. (Most men of all the Tai groups now wear Western clothing.) All 3 of these groups are traditionally animist though most have converted to Buddhism.

The situation is further confused by regional variations as the Tai Dam spread across northern Southeast Asia and by the use of different names in different regions. Black Tais relocated to Siamese regions were known as Thai Song, in Yunnan, they are still named Dai whilst Lao people would call them Lao Dam.

On our visits to northwestern Vietnam, we were still able to communicate with both White and Black Tais using our, admittedly rudimentary, contemporary Thai language skills and in the remoter villages in particular locals were absolutely dumbfounded that a foreigner could speak, what they considered their obscure minority language. Many Tai communities in Vietnam are extremely poor with very limited educational opportunities – compared to say Thai or Yunnanese hill-tribe villages – and whilst they were obviously aware that some neighbouring groups in Laos and China speak similar languages we’re not sure they could conceive of a huge metropolis such as Bangkok where all the millions of inhabitants speak what is basically a modern version of their own dialect.

It’s certainly fascinating for anyone who knows Thailand to visit these remote communities and traditional cultures which in a way represent centuries-old Thai/Tai culture stuck in a time capsule. This is what all the smart businessmen, ‘Man U’ t-shirted tuk-tuk drivers, suit-clad secretaries and little-clad go-go dancers of modern Bangkok evolved from.

Dien Bien Phu, Lai Chau and Son la are all included in both our Mountains and Hill-tribes and Unexplored, the Far North tours of Vietnam. 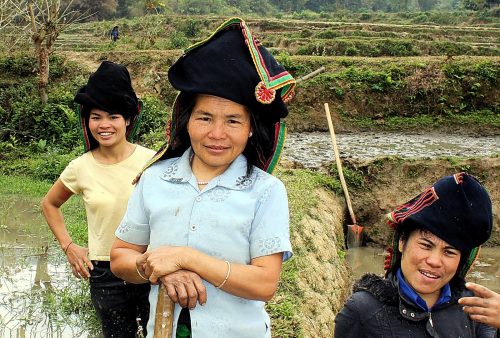 The migration of Tai groups into Southeast Asia 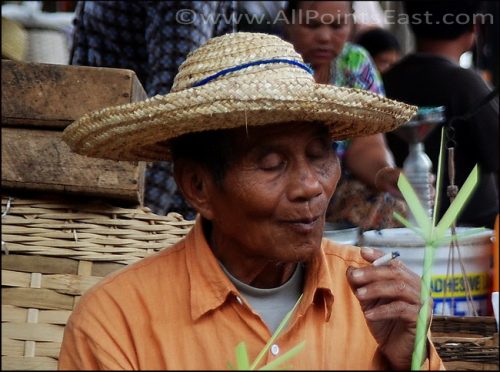