Mosquitos and how to avoid them

A few natural solutions to ease the airborne menace!

So – wretched mosquitos and how to avoid them! First the good news: they are nowhere near as prevalent in Southeast Asia as many first time visitors imagine them to be. Especially in urban areas, particularly during the daytime and certainly outside of rainy season. In fact, we’ve been to many European tourist destinations with far higher population densities of the annoying little buzzy things.

Now for the bad news, we dug up from some recent BBC science articles. Firstly – how mosquitos actually locate their targets…So smell sight and heat detection. Stop breathing, wear camouflage gear and make sure your body temperature is below that of your surroundings; not easy!

Secondly – and we do see quite a few travellers with these things; – the ultrasound mosquito repellents, don’t work at all. A fact that we’d always suspected but didn’t have proof.

Next – good old DEET! Apparently, according to another BBC article on mosquitos and DEET, whilst they are initially repelled by it they quickly become used to it. This leaves you changing places regularly – so finding some new mozzies before the old ones learn to ignore it – or frequently covering yourself with liberal layers of that highly toxic chemical. (If you’ve ever got DEET on your hands then picked up a plastic bag you’ll see the dye comes straight out and the plastic begins to melt!)

So back to a sure-fire means of defence and one that we always try to explain to our visitors who, when faced with tropical heat, immediately strip down to as few clothes as decently possible; cover-up!  Wearing loose-fitting, say cotton, clothes with long sleeves and trousers doesn’t make you any hotter. In fact, the opposite is true and direct sunlight on bare skin is going to warm you up much faster plus, logically, the less bare skin on display the less target for a roving mosquito. Especially at dawn and dusk when they are most active sitting in the hotel garden in shorts and singlet is asking for it a bit!

Anyway to end with some good news…we’ve been visiting Southeast Asia for some 30 years and have never caught malaria, (predominantly transmitted by mosquitos in remote jungle areas, not towns) and dengue fever only once (even though that is found in urban areas.) So while we can’t give out medical advice for legal reasons, (i.e. because we’re not qualified doctors), it does put your chances of catching some unpleasant mosquito-borne illness during a 2-week holiday into perspective!

Finally, another interesting link that was brought to our attention principally covers reducing mosquitos in your home but certain of the entirely natural techniques are also valid for travelling so you can check out this Tips Bulletin article here.

So…you’ll just have to cover up a bit, put up with a few bites and stop scratching! 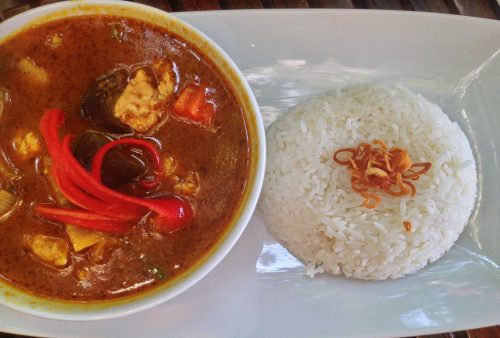 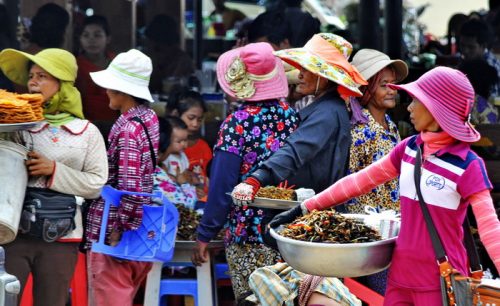